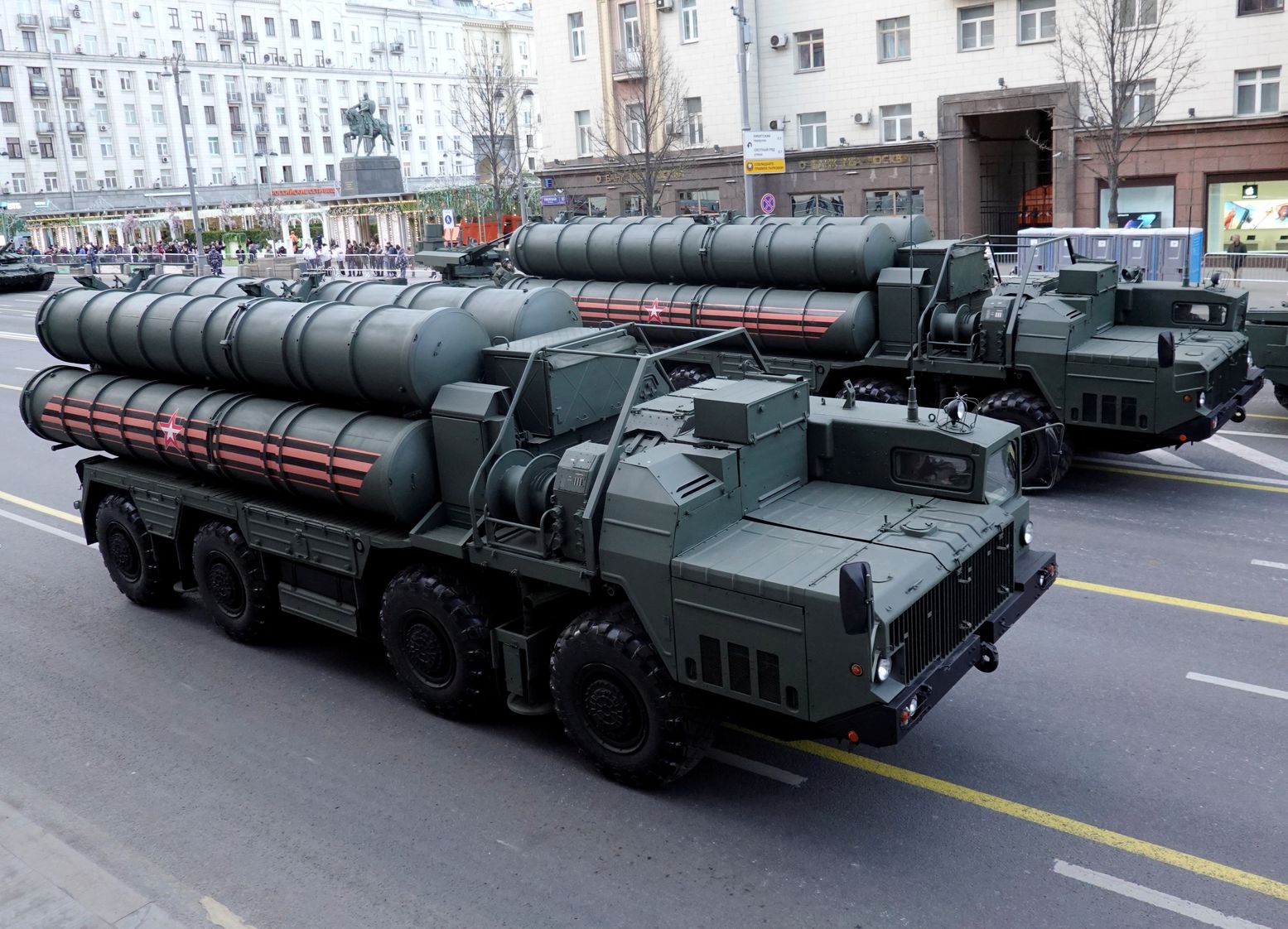 ANKARA: Turkey has reportedly decided to activate its Russian-made S-400 surface-to-air missile system in April despite warnings from the US that if it does so, it will be unable to acquire America’s Patriot missile-defense batteries.

Ankara’s purchase of the S-400s from Russia has been a major source of disagreement between Ankara and Washington, which insists that the Russian system is incompatible with the NATO systems. Turkey says it has no intention of integrating the S-400s into NATO systems.

Following recent tension with Russia over Syria’s rebel-held Idlib province — where dozens of Turkish soldiers have been killed by Russia-backed Syrian regime attacks, Turkish President Recep Tayyip Erdogan recently stated that he was interested in purchasing the US Patriot system to reinforce Turkey’s defenses.

But the US administration has clearly stated that it will not sell the Patriot system to Turkey unless it scraps its plans to use the S-400s.

Karol Wasilewski, a Turkey analyst at the Polish Institute of International Affairs, thinks that Erdogan and Turkish decision-makers are serious when they say that they would like to have both S-400s and Patriots.

“It corresponds to their vision of (Turkey having) a multi-vector foreign policy,” he told Arab News. “But Turkey won’t get the Patriots as long as it has active S-400s on its soil. If the Turks activate the S-400, the US will most likely impose sanctions under 2017 Countering America’s Adversaries Through Sanctions Act (CAATSA),” he said.

CAATSA sanctions cover 12 options, including the denial of visas to officials, prevention of access to the US-based Export-Import Bank, refusal or prohibition of export licenses and the prevention of any transactions with the US financial system.

Erdogan has been asked repeatedly by his US counterpart Donald Trump to abandon the $2.5 billion Russian systems, which began arriving in Turkey in July accompanied by much fanfare.

President Tayyip Erdogan recently stated that he was interested in purchasing the US Patriot system to reinforce Turkey’s defenses.

In response to Ankara failing to take the warning seriously, Washington removed its NATO ally from the multinational manufacturing program for F-35 joint-strike fighter jets and prohibited the sale of those aircraft to Turkey.

“Not only is it impossible for Turkey to operationalize S-400 and also purchase Patriot batteries at the same time, operationalizing the S-400 will likely lead to sanctions by the United States,” said Ozgur Unluhisarcikli, Ankara office director of the German Marshall Fund of the United States.

These sanctions, he warned, could not only be selected from the CAATSA options, but also from the harsher Turkey Sanctions bill, S. 2641, which has already passed the Senate Foreign Affairs Committee.

Bill S.2641 places restrictions on US arms sales to Turkey for use in any military offensive in northern Syria and will mean that America opposes any loans being granted to Turkey from international financial institutions. It also restricts visas and freezes Turkish assets in the US. At the same time, the bill calls for the enforcement of CAATSA sanctions against Turkey.

While the White House claims that such a move risks pushing Turkey into a closer relationship with Russia, the US Congress reportedly favors imposing sanctions on Ankara.

Still, Unluhisarcikli suggests there is a way to “overcome this stalemate.”
“The US could deploy Patriot batteries in Turkey for a year in return for Turkey committing to not activating the S-400 in that same period,” he said.

This way, Unluhisarcikli argues, sanctions would at least be postponed and there would be a window of opportunity to resolve the S-400 problem in a more positive way that would not so heavily damage an already weakened Turkish economy.

It is still unclear to what extent Ankara might be willing to compromise in order to avoid sanctions, considering that last year Turkish Foreign Minister Mevlut Cavusoglu stressed that Turkey needs the Russian system, and said, “A product is not bought to be kept in the box.”

In other words, the Turkish government has already made up its mind about the S-400 system.

If Turkey, NATO’s second-largest member in terms of military force, activates the rival Russian system as declared, it will likely set the country on a collision course with its NATO allies over concerns that the Russian system could undermine NATO technology and open a potential backdoor through which to spy on NATO assets.

For Washington, the only solution to this impending crisis is that the system remains inactive.

SOURCEArabNews.com
ATTENTION READERS
Due to the nature of independent content, VT cannot guarantee content validity.
We ask you to Read Our Content Policy so a clear comprehension of VT's independent non-censored media is understood and given its proper place in the world of news, opinion and media.