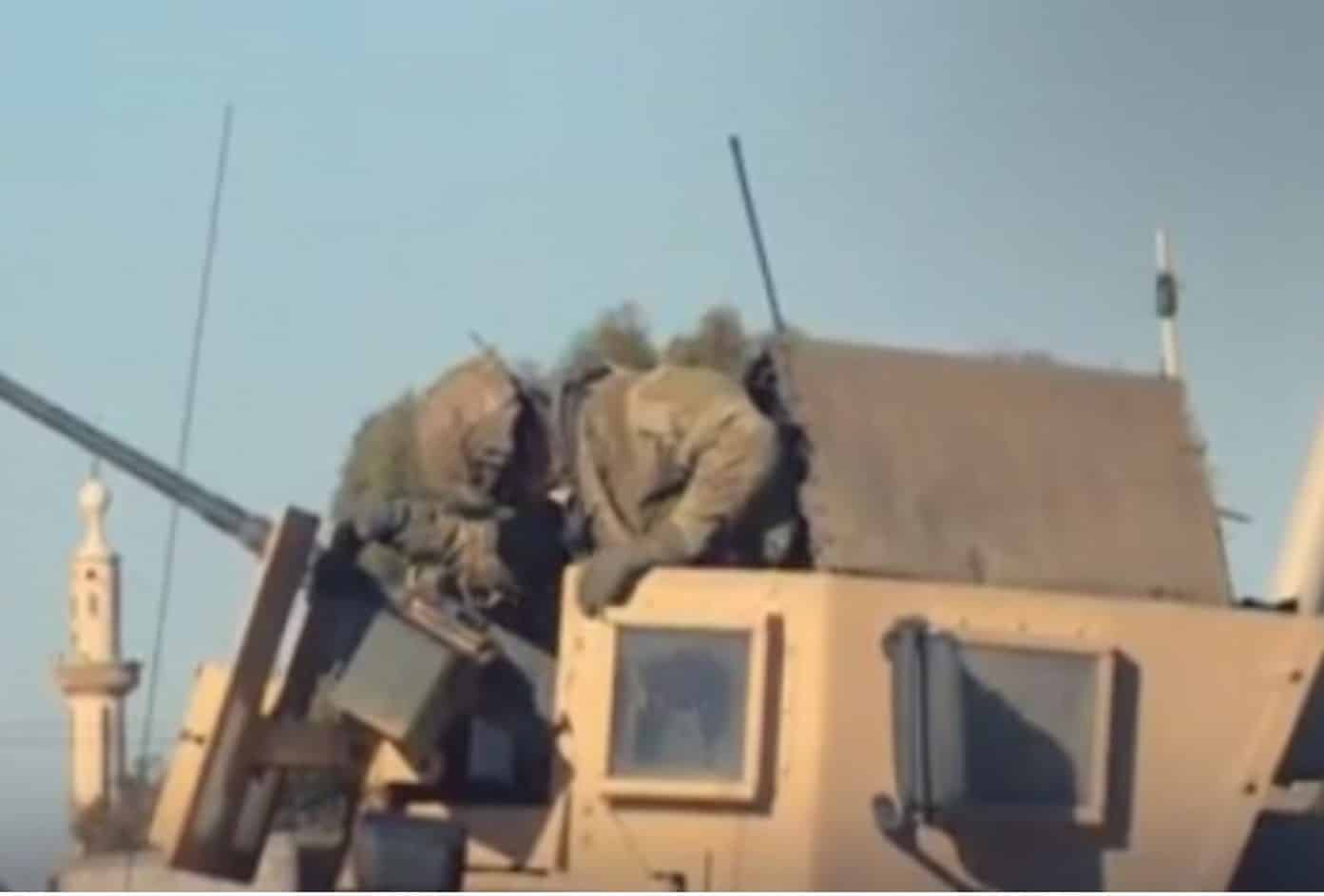 After four decades of intense conflict, will Peace finally prevail in a ravaged Afghanistan? Due to interlocked destinies, people in Afghanistan and adjoining Pakistan keep fingers crossed due to many assumptions based on suppositions.

Ultimately, it is possible that the tangle of these assumptions and suppositions weaved by ‘gods of war’ turn the clock to inertia; the curse of South West Asia. The stuttering Intra Afghan Talks, many sharp edges in the Exclusive Peace Accord and interests of the gods may ultimately complicate the facade of a simple plan of US exit.

At Doha, many wondered if the Peace Accord excluding the ruling Ashraf Ghani regime and warlords was workable. Some assumed that USA represented the Afghan regime and the warlords. Pakistan maintained that once USA and Taliban had reached a basic consensus, intra Afghan Talks would follow, paving the way for a durable peace. What will Pakistan’s role be in this facilitation is not known. But for certain, Pakistan will give peace a chance. But there are sticking points in varying ranges, angles and interests.

Taliban continued the attacks followed by a US drone strike named defensive in nature. Ashraf Ghani has not only locked horns with Taliban over the modalities of prison swaps but also his rival Abdullah Abdullah. US envoy Zalmay Khalilzad pointed out that a possible move by the Taliban to re-establish an Islamic emirate is a red line for the international community.

US Congressmen and skeptics are suspicious of the classified annexes to the accord. These they maintain are accessible to Afghan Taliban on whose insistence they are being kept away from the US congressional and public domain. Apologists term them as tactical in nature while critics accuse the administration of sharing crucial tactical overlays with Terrorists.. Whatever these views, it appears that Taliban have agreed to work with USA and Pakistan may have a major role to keep the region stable. If true, how will India react to being left out in the equation?

In all likelihood, Taliban have agreed to a power sharing formula in Afghanistan with all factions sans the Islamic Emirate. Most likely, the US role in mediation will continue and some US military presence cannot be ruled out. A common objective for all could be elimination of ISIS that has already mounted attacks after the peace was agreed.

If all goes well, Afghanistan will end up a loose federation with power shared in different regions by different entities with a broad allegiance to Kabul. What will be the role of tribal chieftains and warlords could be the most difficult issue to resolve. Most likely, they will seesaw with the wind.

If we turn back the clock to 1976-77 and 1996, how different will this arrangement be to those that were negotiated between Afghanistan and Pakistan? The past agreements were reached with minimum bloodshed and each time they were gutted amidst the great power rivalries. Because US objectives in South West Asia could irk regional and global actors there may ultimately be far more in play than a simple US-Taliban Accord. Who supports who is a realisable hypothesis?

So, after four decades of violence, South West Asia may be edging in the same direction as it did thrice in the past. The contours lie in over a century old Geostrategy in the complex of Eurasia and the Containment Ring. Logically, none of the great powers will cede so easily.

In 1947, the issue of Durand Line was left unresolved by the United Kingdom. Pakistan inherited the agreement.  The purpose was to use an Islamic Pakistan as a base against communism. But this created issues for Pakistan. The nexus of USSR, India and Afghanistan created the bogey of Pakhtunistan and Durand Line. The West refused to support Pakistan.

Through some discreet coercion (training Afghan resistance against Sardar Daud) Bhutto persuaded Daud to signing an agreement pronouncing the end of this dispute. The final draft had already been prepared and initialled by Sardar Daud awaiting a signature ceremony. The gods of war disapproved. Russian sponsored Saur Revolution eliminated him. Bhutto was deposed by Zia Ul Haq in a military coup and later hanged.  There was no follow up.

Once USSR occupied Afghanistan in 1979, this skeletal resistance prepared by Pakistan became the Mujahedeen resistance. Godless communism was defeated by Pakistan launched Mujahadeen. Soviet Union disintegrated. Rather than rebuild Pakistan, the country was abandoned and Afghanistan resigned to violence and instability. This prompted me to write that instability in Afghanistan was a plank of US policy.

On 3 Nov, 1996, at a meeting in the President House, it was decided that the Interior Minister Maj Gen (Retd) Naseer Ullah Babar would fly to Kabul on 5 Nov, 1996, to get an agreement signed between the Taliban and Northern Alliance leaders. The agreement was prepared, in several meetings undertaken by Babar with the Taliban and Northern alliance. They agreed to a Political Commission which in fact was a federal structure giving due representation to all ethnicities in Afghanistan including all warlords. This was a sincere attempt at moderating Taliban (No Islamic Emirate) and giving a broad based representation to its political structure. In sequel to another coincidence, Benazir Bhutto was removed by President Laghari. Because the military was unaware, some say it was a foreign sponsored 58 2b Coup.  Ahmad Shah Masood the icon of Panjsher was eliminated by Al Qaeda. The agreement was never pursued by Pakistan.

Naseer Ullah Babar made one last valiant attempt in 2001 to bring stability to Afghanistan. In May 2001 the under Secretary at the State Department for Pakistan, India and Bangladesh came to Peshawar, Pakistan. Babar invited the Afghan Foreign Minister Mutawakkal to his house a day earlier. At that meeting, a clear pledge was given by Mullah Omar, that Osama Bin Laden would be handed over to a third neutral Muslim country (Turkey) for a trial like Lockerbie under Islamic Law. USA did not agree to try its intelligence asset gone wild? Then followed the ‘Shock and Awe’ with no significant victory till now. The death of Osama Bin Laden is still shrouded in mystery.

Ever since, Pakistan has been at the receiving end of US policies.

Pakistan’s proposal to begin post 9/11 operations along Pak-Afghan Border towards North went unheeded. Coming from North, USA pushed all the debris into Pakistan. India mobilised curtailing full operational deployment along Afghanistan facilitating this influx of violence. Bases provided by Pakistan were used by USA for strikes inside Pakistan. Moreover, Pakistan suffered the Salala Punishment on a Pakistani post and drama of OBL.  USA stopped supply of military equipment and confiscated coalition support funds. USA and India have become international allies.

For nearly two decades, Pakistani Law Enforcement Agencies are fighting a counter terrorism operation which has resulted in peace. Yet forays from India and Afghan regime (with a blind eye from USA) do not end.

US record of honouring agreements and treaties is not good. In the history of USA, the country is very proud of its expeditionary origins and how the West was won. In the twenties Century, as USA consolidated its geography, unchecked supremacy became a part of its international policy. US quest for broad spectrum dominance is a historic predisposition that will never go away.

That’s when other races, creeds and competitors were eliminated and annihilated. Winning the West is certainly not a very bright chapter of history. Is it the same freedom that USA boasts for Red Indian Tribes from the Great Rockies to South, Hispanic settlers, Black Americans, South Americans, Chinese workers and Mormons? Treaty after treaty was cantankerously violated resulting in near extinction of populations. In the final analysis, it was the Anglo Saxon God that won. This is what made “America Great”.

Being a keen student of history, current affairs and biographer of Late General Naeer Ullah Babar, like most Afghans and Pakistanis, I will keep my fingers crossed. Hope is a dream and it should never be forlorn.