‘Euroleaks’: Varoufakis LEAKS recordings of secretive Eurogroup talks on Greece in fight for ‘democratization of the EU’

[ Editor’s Note: “It all comes out in the laundry” is an old time American saying and the first thing that popped into my head when reading this. An angry leaker is usually someone with a score to settle and a desire to make an historical record of a past wrong. And he sure had one.

Below you will read that the “Three Amigos” Deep State reps he was dealing with told him they would break off debt negotiations if he used written presentations, and then leaked to the press that he was blocking negotiations by never presenting any written positions. Welcome to how the Deep State works.

Sadly former finance minister Varoufakis got boxed in by the big guns when his country was in a tough spot, having been hustled by the Wall Street financial gangsters who ran an upside-down budget for Greece, which could only have ended in a train wreck, as it did.

Unfortunately, due to the virus scourge upon us, this story will probably remain buried for now. I will be downloading the link material for when there is time to go through it … Jim W. Dean ] 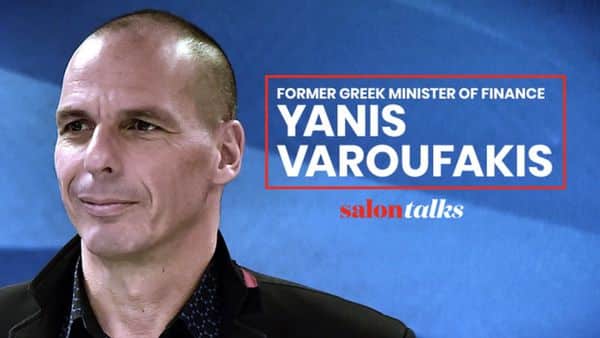 The former finance minister of Greece, Yanis Varoufakis, has released a cache of audio files, secretly recorded in 2015 during the bailout talks with the Eurogroup – a powerful group of eurozone’s finance chiefs.
–

The recordings and their transcripts were released by Varoufakis on the website of his ‘pan-European’ DiEM25 party on Saturday. The files –dubbed ‘Euroleaks’– were recorded between February and July 2015, when cash-strapped Athens was entangled in painful talks with its creditors.

In 2015, Varoufakis was the chief negotiator for then-ruling Syriza party, dealing with the Eurogroup and those behind it – the so-called ‘troika.’ It comprises the three main lenders of the eurozone nations – the European Commission, the European Central Bank and the International Monetary Fund.

While the Eurogroup is de-jure an informal group, it is actually a powerful decision-making institute that lacks accountability and transparency – and does not keep any records. The main goal in releasing the recordings is to shed light on its secretive activities, Varoufakis said in a video announcing the Euroleaks.

The Eurogroup’s three does not keep minutes, the European Union Council is still shrouded in total opacity. It’s about time we change that.

The lenders took a tough, ‘take it or leave it’ stance on Greece, effectively presenting it with an ultimatum. At the same time, they blamed Greek negotiators for stalled talks – and no records were available to prove them wrong.

“You will hear the [then-]president of the Eurogroup [Jeroen Dijsselbloem] and other ministers warn me that if I dare table written proposals within the Eurogroup meetings, that would be the end of the negotiations,” Varoufakis said. “At the very same time they were leaking to the press that I was arriving at Eurogroup meetings without any proposals.”

Apart from bringing into the limelight the “intransparent action by an unelected group of politicians who influence all our lives,” the leaks also serve another purpose.

The putting in the public domain of the secret recordings is aimed at fighting attempts by the incumbent Greek government to “weaponize fake news,” produced by the Eurogroup back in 2015 to justify new austerity measures for the country, Varoufakis said.