NPR/PBS: Americans have little trust in the information they are hearing from President Trump about the novel coronavirus, and their confidence in the federal government’s response to it is declining sharply, according to a new NPR/PBS NewsHour/Marist poll. 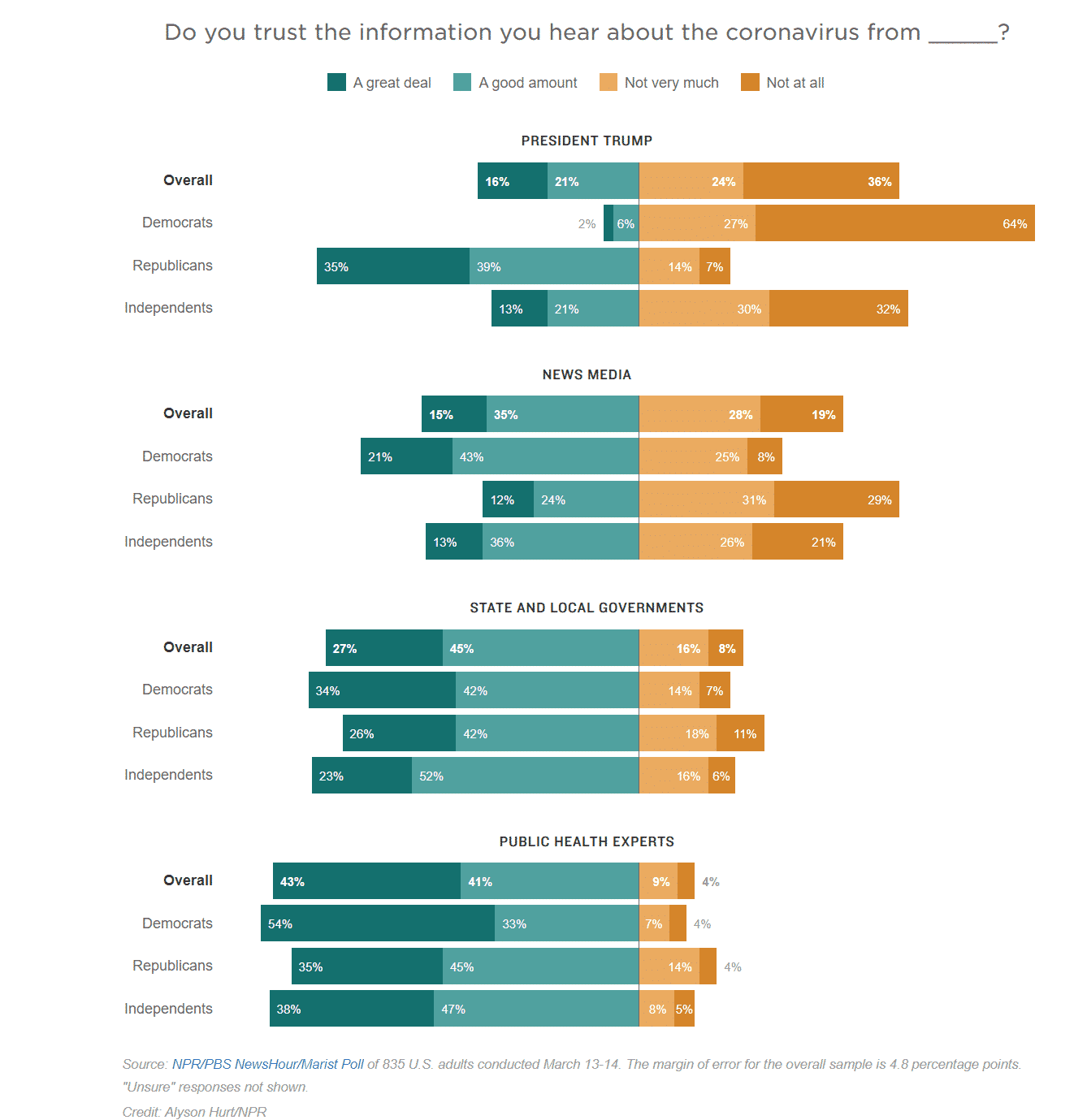 Just 46% of Americans now say the federal government is doing enough to prevent the spread of the coronavirus, down from 61% in February.

Just 37% of Americans now say they had a good amount or a great deal of trust in what they’re hearing from the president, while 60% say they had not very much or no trust at all in what he’s saying.

The president rates worst of all groups tested, be it public health officials, state and local leaders or the news media. And more Americans disapprove of the president’s handling of the pandemic than approve by a 49%-44% margin. But that does not differ greatly from his overall job approval rating, which stands at 43%.

That’s largely unchanged from the last survey in February, and 51% still said they approve of the president’s handling of the economy, despite the massive slides in the stock market of late related to the coronavirus.

Public health officials got the highest level of trust at 84%, followed by those state and local leaders (72%). Americans were split 50% to 47% on whether they can trust information coming from the news media or not.
read more…https://www.npr.org/2020/03/17/816680033/poll-americans-dont-trust-what-they-re-hearing-from-trump-on-coronavirus