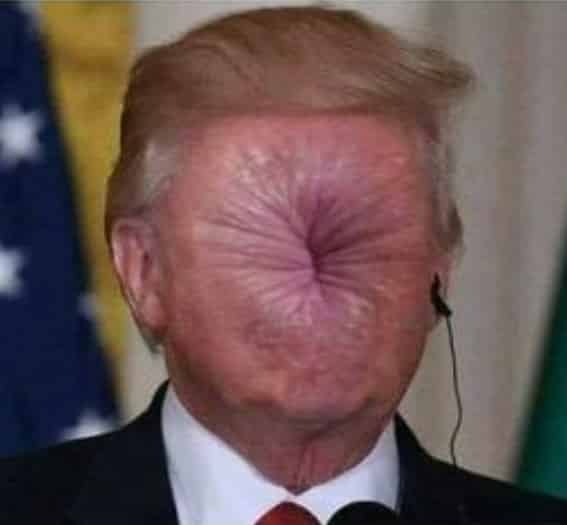 US military ‘did not give it to ANYBODY’, coronavirus came from CHINA: Trump gets involved in bioweapon conspiracy spat

RT/Moscow: US President Donald Trump is refusing to stop using the name ‘Chinese Virus,’ despite or perhaps in spite of protests from Beijing and some US media outlets claiming that doing so is inappropriate or even racist. 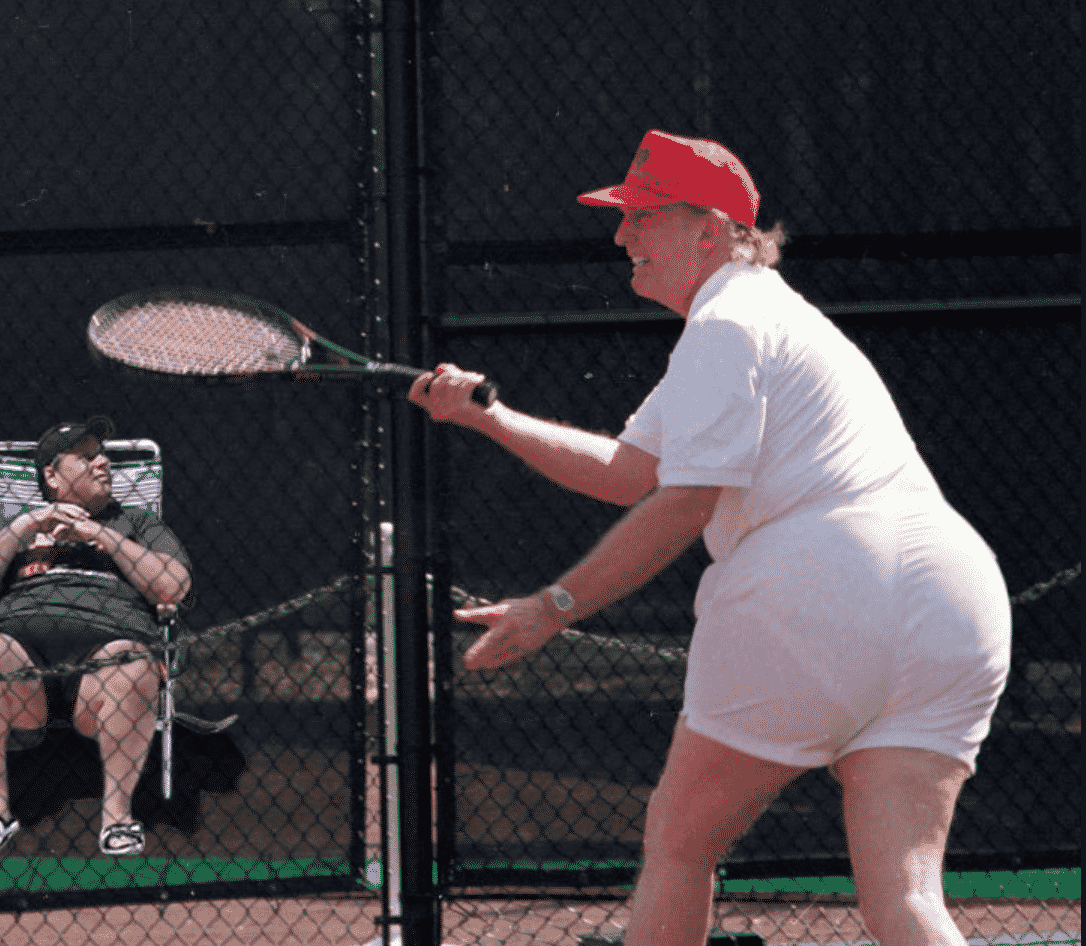 Asked about his use of the term during a White House press conference on Tuesday, the US president said he will continue calling Covid-19 a “Chinese virus” because it came from China, and he did not appreciate attempts by Beijing to argue otherwise.

“China was putting out information, which was false, that our military gave this to them. That was false,” Trump said. “And rather than having an argument, I said I have to call it where it came from: it did come from China. So I think it is a very accurate term.”

President Trump: "China was putting out information which was false… I have to call it where it came from: it did come from China. I think it is a very accurate term… I didn't appreciate China saying our military gave it to them." pic.twitter.com/flXo8p6qfc

VT (87,263 reads thus far) In October 2019, the US brought 172 (really 369) military athletes to Wuhan for the World Military Games.  Despite having the largest military in the world, tenfold, the US came in 35th behind nations like Iran, Finland and Slovenia. No video or photos exist of the US team, no records were kept, a huge team but a pitiful performance for the best military in the world.

The US team did so badly that they were called “Soy Sauce Soldiers” by the Chinese.  In fact, many never participated in any event and stayed near the Huanan Seafood Wholesale Market, where the disease is said to have originated only days after the US left the area.

The US team went home on October 28, 2019, and within 2 weeks, the first human contact cases of COVID 19 were seen in Wuhan.  The Chinese have not been able to find “patient zero” and believe he was a member of the US team.

They also have sources that say the US had misrepresented influenza that Trump claims have killed thousands, influenza carried to China by the US team, influenza that was really COVID 19, a disease developed in a military bio-warfare facility in the state of Washington, now “ground zero” in the US for COVID 19.

The Chinese claim, something censored in the US, that the inattentive attitude and disproportionately below average results of American athletes in the game indicates they might have been in for other purposes and they might actually be bio-warfare operatives, and that their place of residence during their stay in Wuhan was also close to the Huanan Seafood Wholesale Market, where the first known cluster of cases occurred.[28][29]

RT/Moscow: The US army might have brought the novel coronavirus disease (COVID-19) to China’s Wuhan, the city where the virus was first detected in the country, Chinese Foreign Ministry Spokesman Zhao Lijian said on Thursday.

“When did patient zero begin in US? How many people are infected? What are the names of the hospitals? It might be US army who brought the epidemic to Wuhan. Be transparent! Make public your data! US owe us an explanation!” Zhao tweeted.

Chinese foreign ministry spokesperson Lijian Zhao has demanded US authorities reveal what they’re hiding about the origins of Covid-19, going as far as to suggest the coronavirus may have been brought to China by the US military.

Pointing to a video of the Centers for Disease Control and Prevention (CDC) director Robert Redfield apparently admitting the US had several deaths from Covid-19 before they were able to test for it, Zhao called on the American watchdog to come clean in a tweet posted on Thursday.

2/2 CDC was caught on the spot. When did patient zero begin in US? How many people are infected? What are the names of the hospitals? It might be US army who brought the epidemic to Wuhan. Be transparent! Make public your data! US owe us an explanation! pic.twitter.com/vYNZRFPWo3

“It might be US army who brought the epidemic to Wuhan,” Zhao suggested, calling for the CDC – and the US in general – to “be transparent” and share what they know about where and when “Patient Zero” was first diagnosed.

In the video, Redfield acknowledged that some cases of coronavirus were misclassified as influenza as the medics did not have an accurate test for the new epidemic at the time. He did not elaborate on when these misdiagnosed cases first appeared – saying only that “some cases have been diagnosed that way.”

CDC director openly admitting that some #covid deaths have been misdiagnosed as influenza in the US. The question is when are those deaths. This supports the claims made by Japanese scientists that the virus originated from the US but was covered up.#COVID19 #Corona pic.twitter.com/AwdXAKz6Ao

In the absence of any patients’ details or chronology of deaths, speculation has swirled. Zhao’s “theory” in particular focused on the military delegation that traveled to Wuhan in October for the Military World Games, weeks before the city confirmed the outbreak in December. The delegation was part of the 300-member group of American athletes taking part in the multi-sport event held every four years.

The #Bahrain Interior Minister accused Iran of spreading #COVID19 & biological warfare. I respond to him that the #USA with its 5th fleet governing Bahrain is the main factor behind #BiologicalWarfare and even initial hiding #CoronavirusOutbreak in America. pic.twitter.com/f7TqbqFoOA

Zhao is not the only high-profile political figure to voice suspicions about the timing of the Games and the introduction of the coronavirus in Wuhan. Former Malaysian PM Matthias Chang offered similar speculation back in January, zeroing in on the event as the launch point for what he deemed a biological war waged by the US against China.

We are still figuring out where the virus originated. And chances are high that the virus was brought to China by the US army team who visited Wuhan in October. Anyway, no human deserves COVID-19. The world should fight against the disease together. No time for blame.

The World Health Organization (WHO) states that what is now the Covid-19 pandemic was first reported as a coronavirus outbreak in Wuhan, China, on 31 December 2019. The search for the deadly disease’s origin has been ongoing, with conflicting versions blaming the Wuhan food market and bats – a local delicacy – sold there in particular, while others opined humans might have gotten the virus from pangolins, an endangered scaly mammal.

Less orthodox theories suggest malicious intent, with the head of Iran’s elite Revolutionary Guards sensationally claiming last week that Covid-19 could possibly be “a product of a biological attack by America which initially spread to China and then to Iran and the rest of the world.”

So far, the problem with all of those theories, blaming both animals and humans, is that no direct causal proof has been established, while the identity of China’s “patient zero” also remains unclear. And it’s not China alone: in Washington state – which seemingly identified and successfully isolated its first infected traveler, with dozens of contacts identified and monitored – the virus somehow began spreading anyway. Even Steve Wozniak, Apple’s co-founder, at one point claimed he and his wife may have been the US’ “patient zero” after developing a bad cough on return from China. It has since emerged his wife’s diagnosis was “a sinus infection,” however.

Why does the plague in Wuhan depend on the PLA?

From October 18 to October 27, 2019, the World Military Games was held in Wuhan, and the United States sent 369 soy sauce soldiers to participate.

Why is it soy sauce soldiers?

Because in the 10-day game, the performance of the American soy sauce soldiers was so disappointing that even Bahrain was unnecessarily disappointed, the gold medal was even missing, and the overall score was left far behind by North Korea, which once gave Mexico a chance. The urge to counterattack the continental United States.

However, the poor performance in the game did not affect the mood of the soy sauce soldiers playing in Wuhan.

They teamed up in groups of two, and played around the streets of Wuhan, leaving many romantic accidents.

It should be pointed out that the location of the US guest house of the Military Games is not far from South China Seafood City.

At the end of the military games, just when people were wondering, how could these gangsters who can’t wait to build muscles on their faces suddenly get fired up? Did the American soldiers ’food only be grappled? Or did they forget to eat it during the game? Snickers?