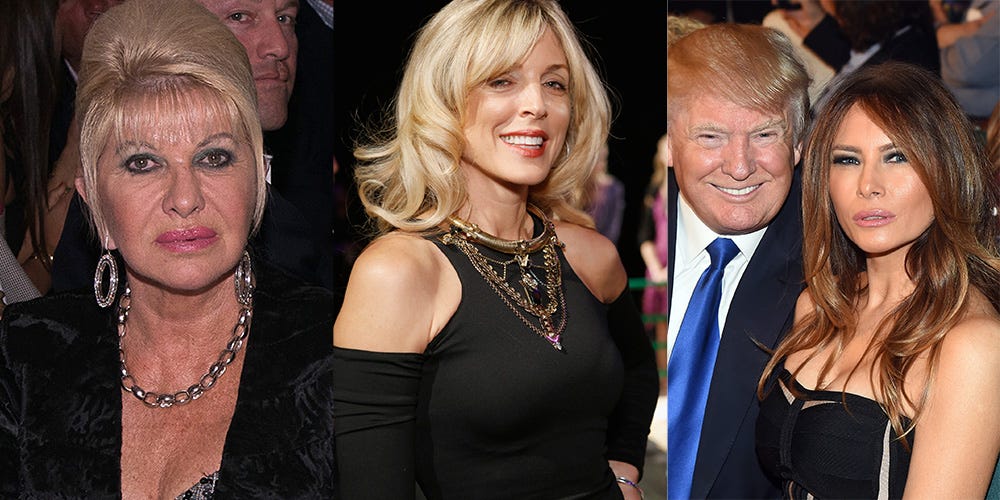 Divorce laws were liberalized in the 1970s and since then premarital agreements, have become increasingly popular as a form of preserving family wealth, and with divorce rates in America skyrocketing, so have the associated legal costs.

Premarital agreements – called prenuptials – are vital records signed between a man and a woman prior to marriage. The agreement clearly define terms of a settlement should a divorce occur. According to Forbes, they were once designed to alleviate some, if not all, of the financial and emotional suffering of the wealthy, and have now become much more popular.

The Nation proposes that President Donald Trump sees divorce is inevitable and he has had two divorces to back that up. The president even once advised Mark Zuckerberg on his prenuptial agreement.

While the 45th president is known for mishandling many things, he seems to learn from how he handles his divorces. Before he became president, Trump’s playboy lifestyle and affairs had little to no consequences. This was because he sets very strict prenuptial agreements with his partners. The agreements, which he regularly updated, mainly revolved around keeping Trump’s secrets secret.

Donald Trump had at least four prenups with his first wife Ivana Zelnicek, who married in April of 1977 and divorced in 1992 — following an affair.

According to Forbes, Ivana tried unsuccessfully to contest the terms of her prenup with Trump during the divorce litigation. They would later settle out of court and she walked away with $20 million.

Donald Trump told Howard Stern had a sour experience during his first divorce. He said he had “an iron-clad prenup” with his second wife, Marla Maples. According to Forbes, Maples walked away with $5 million, after Trump divorced her in 1999. On how Trump views prenups New York Magazine reported, “It’s a hard, painful, ugly tool.”

According to a source, “Marla was under duress.” She was desperate to marry Trump. This gave Trump the upper hand on the terms of their divorce and Trump would not budge on his position.

“Without the prenup, he was not going to get married.” Maples later agreed to the terms of the prenup the day before their wedding. Like Ivana, Marla Maples was also unsuccessful in her attempt to have the prenup invalidated.

Until he married Melania Trump in 2005, Trump was the quintessential billionaire playboy, according to the Washington Post. Regarding their prenuptial agreement, which is not yet a vital public record, Trump said “The beautiful thing is that she agrees with it. She knows I have to have that.”

President Donald Trump’s marriage to Melania has been the longest commitment he has had. However, there are speculations that their union may be turning sour. The first lady has also seemed to grow distant from Trump. Melania avoided any public mention of their wedding anniversary and rode separately to the State of the Union. Melania Trump also follows Trump’s least favorite person, former President Barack Obama, on Twitter.

Without a doubt, Donald Trump would not have left his prenup to chance since he became president. One can only imagine how complex an updated agreement would be. Nonetheless, in the event of a divorce, President Trump has an ace against Melania as the first lady is not an official position. He can assign the role to another person since they do not have to be romantic partners. In that case, Trump may appoint his defender-in-chief as the first lady.

It is extremely difficult to overturn a prenup. If certain legal procedures have not been observed, the agreement may not stand up in court. Ask Trump two ex-wives, they know.