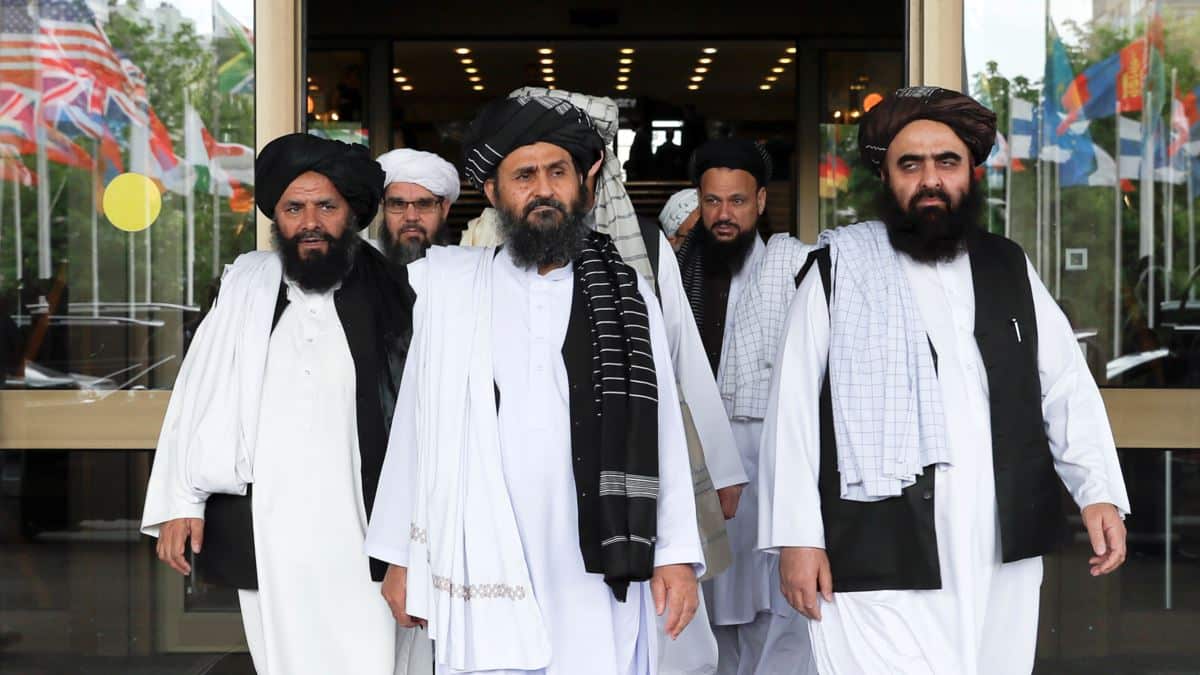 [ Editor’s Note: The current new “peace deal” was bound to fail as once again there were no direct negotiations with Kabul’s Ghani regime that was in no hurry to be run out of the country as soon as possible.

When I heard that the US had committed Ghani to freeing 5000 Taliban PoWs I knew it was a theatrical deal. Such prisoner releases are historically done between the actual parties holding the prisoners, but where the Taliban refuse to talk to Ghani.

What the hell kind of an agreement is that?  US could be said him killed it by putting that poison pill into it. So once again we are back to square one with the Taliban attacking rural area Army posts to pick them off one by one, decreasing the part of the country under Kabul’s control.

Afghanistan will continue to drift sideways with no clear direction as the Taliban waits for the Kabul regime to collapse internally with the realization of facing endless war. As Ho Chi Mhin once said to the US, “You will kill ten of us for every one of you that we kill, but in the end it is you who will tire of it.”

He was right. He won, and the Vietnamese people paid a huge price for it. I fear a version of that scenario will happen with Afghanistan and people will retroactively ask “Why couldn’t have been done sooner?”… Jim W. Dean ]

Whereas the US-Taliban ‘truce deal’ is historic in many ways, the fact that real peace in Afghanistan remains hostage to a lot more complex power dynamics than the US war has become sharply evident ever since the announcement of the deal.

The Ghani administration has already rejected the part of the deal about the release of 5,000 Taliban prisoners; the Taliban have already started attacking the Afghan security forces, signalling their intent to continue the fight. The so-called ‘deal’ is not only not taking the war-torn country to ‘peace’, but has proved, as was expected, extremely fragile, threatening Afghanistan’s abrupt return to a full-fledged war.

What, amid the prevalent complications, is quite evident is that the “intra-Afghan” negotiations, as stipulated in the deal, were not destined to start on March 10. This is going to be a major dealbreaker, as the start of these negotiations was linked with the release of Taliban prisoners.

Whereas the ‘deal’ stipulates this release, the Ghani administration does not appear to have been taken on board; hence, Ghani’s refusal to start the release process, and thereby refusing to start “intra-Afghan” negotiations as well.

Whereas the Ghani administration, dependent as it is on the US for economic and military needs, may not be able to really call the shots; it is quite evident that even the Taliban may not be willing to talk to Kabul. It was evident in Doha, on February 29th, when the ‘deal’ was signed, when the Taliban’s Sher Abbas Stanakzai insisted in an interview that “today there is no government in Afghanistan” because “the elections weren’t held in a transparent manner [and] public turnout was quite low.”

The Ghani administration, on the other hand, has added yet another caveat by demanding from the Taliban to sever their ‘links’ with Pakistan. Whereas it is ironic to see this demand made about a country that has been pivotal to the US-Taliban deal, it does also show the extremely complex political landscape that all political actors need to navigate to get to the ultimate peace deal and settlement.

The Taliban, therefore, would prefer the US to bypass the Ghani administration and demand the release of their fighters.

Whereas the US withdrawal is not dependent upon the start and success of “intra-Afghan” negotiations and a political settlement between Afghanistan’s various political factions, in the absence of any political processes involving the Afghans themselves, other countries’ demand for a “responsible” US withdrawal will strengthen and delay the US withdrawal plan itself.

A delay in the US withdrawal would, as it stands, complicate matters between the US-Taliban as well; for the Taliban, even as the deal was being signed, were emphatic about the necessity of ultimate US absolute withdrawal from Afghanistan as the key to the resolution of all political matters.

Taliban leader Hebatullah Akhunzada also used the term in a statement dated 29 February and posted on the Taleban’s website, saying the “termination of [the] occupation of Afghanistan” enshrined in the agreement with the US was “a victory.”

Things, however, are being worked out.

Whereas the US President has already intervened by calling up the Taliban leader and assuring him of the release of Taliban prisoners, Washington is yet to find a way to deal with the Ghani administration’s fears of the probable establishment of an ‘interim set up’ during the “intra-Afghan” negotiations—something that will end Ghani’s regime forever.

The Ghani administration, on the other hand, remains aware of the fact the US is yet to congratulate Ghani on his recent victory in [the allegedly rigged] presidential election and has prevailed upon him to defer his swearing-in ceremony, indirectly indicating that the present set up may have to be dispended with for larger US interests.

The larger US interests are not merely linked with Afghanistan. The US strategy at the moment is to link Afghanistan with their newly announced ‘Central Asia Strategy’ and potentially co-opt the Taliban in the US bid to counter the ever deepening Russian and Chinese influence in the resource rich region of Central Asia.

While the US hasn’t officially declared the Taliban as future allies, the futuristic ‘Central Asia Strategy’ does have a role for Afghanistan, which will certainly be under the non-exclusive domination of the Taliban in the post-withdrawal scenario, making a Taliban-led Afghanistan a part of the US presence in the region.

While this is not to suggest that the Taliban will become an actual US ally, given Afghanistan’s massive reconstruction needs, a future Afghanistan government will be hard pressed to carefully manage its foreign relations, including with the US, to fulfil its economic and financial needs.

But all of this will happen when an internal political settlement first takes place—something that the US will have to do, as it increasingly seems, at the expense of the Ghani regime, which, as I suggested earlier in my piece for South Asian Monitor, is the biggest threat to the peace that the US and Taliban are searching.