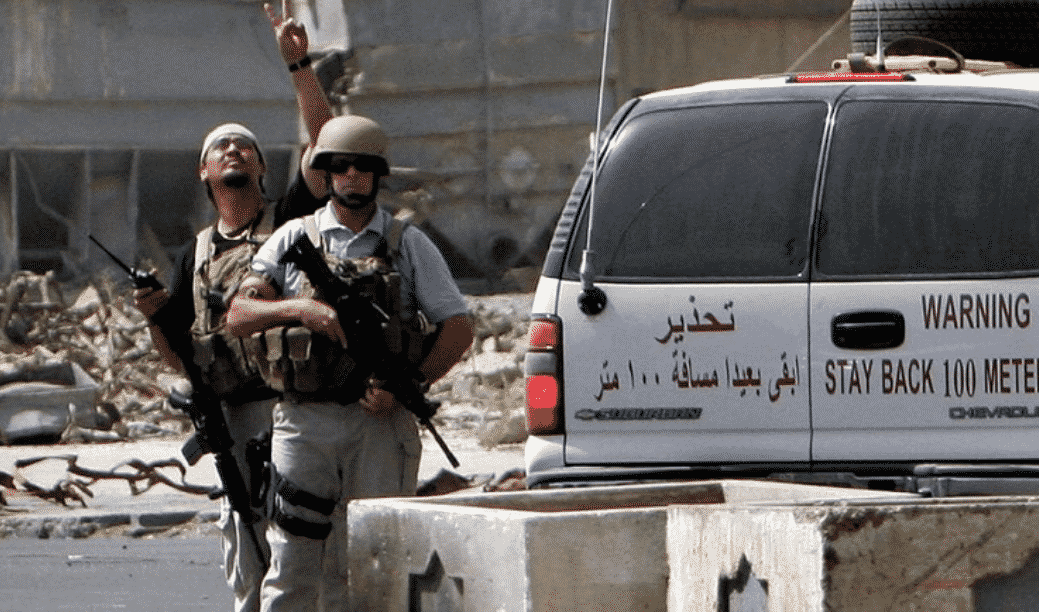 If we examine USA’s foreign policy, it becomes apparent that the nation has been at war with one nation or another, or even several countries at once, 50% of the time over the past 50 years. If we take into account all the US military interventions, then, even according to American media outlets, over the past 25 years, the United States has carried out air strikes against at least one nation per year. And since its invasion of Panama in 1989, the USA has been, almost constantly, conducting military operations abroad.

Thus, the common man from Iowa or Texas needs to don an army uniform and travel to the distant lands in order to defend “democratic values”. Nothing seems to have changed since The White Man’s Burden poem was published. Many of these men return home in a casket wrapped in stars and stripes. And politicians who sent them to war need to then explain to American people why they have to sacrifice their sons’ and daughters’ lives for the sake of little-understood geopolitical games. And with each passing year, it is becoming increasingly harder to do so.

Unfortunately, neither the number of military conflicts, initiated by Washington, nor the number of American soldiers dying in these interventions in Afghanistan, Iraq or Syria has reduced over time. Presidential candidates who give speeches about ending armed confrontations or withdrawing US troops from foreign soil during their election campaigns do not follow through on their promises. Then, the next presidential election nears and candidates announcing their future plans do actually need to do something.

Hence, it is not surprising that, recently, President Donald Trump, who had also promised to put an end to military confrontations in Syria, Iraq and Afghanistan earlier and to even withdraw American troops from certain nations, decided to try and “contribute” to the resolution of conflicts in the Greater Middle East by replacing traditional US troops with personnel from private military companies (PMC).  After all, operations under a “foreign flag” will allow the United States to steer clear of direct military and technical cooperation, illegal provision of supplies and training of “opposition” troops. In addition, if civilians in Afghanistan, Syria or Iraq are brutally killed by American soldiers, many unnecessary political issues arise, but if former US servicemen on the payroll of PMCs do the same, such problems are mainly “commercial in nature”. In the end, as Afghanistan, Iraq, Libya and other nations started to demand, more and more actively, that the USA and Western nations remove their troops from their territories, Washington (and then London) began to replace them with “independent” PMC experts, all the while talking about withdrawing their forces in public.

Still, substituting American military units with private military companies is not a new occurrence. DynCorp, the first US PMC, “traces its origins from two companies formed in 1946: California Eastern Airways (an air freight business), and Land-Air Inc. (an aircraft maintenance company)”. Shortly after it was established, DynCorp signed a contract with the US Department of Defense. More recently, the key corporation to earn the euphemism “private army” has been the Blackwater Security Company (BSC). The name of this US PMC is associated with the most notable precedents involving the use of private security forces, and with the geopolitical reasons why the mercenary trade was reborn in the 21st century.

In 2003, immediately after invading Iraq, Washington established a transitional government (the Coalition Provisional Authority, CPA) there, headed by Paul Bremer, an American “diplomat”, who hired Blackwater personnel for security purposes. Their contract and work in Iraq served as the first precedent when a civilian as well as head of the occupying power hired a “decently-sized army” for his needs.

It is not an exaggeration to say that PMCs have become modern equivalents of mercenary units, which began their existence a long time ago, when the first nation states were being established. As a rule, mercenaries are primarily motivated by hard cash and not by political, ideological or national aspects of a war that they participate in. Quite frequently, the hired guns are not citizens of nations where armed confrontations take place but this is not always true.

There is another important consideration to be taken into account. Private military companies are a true symbol of hybridization of modern warfare. Hybrid conflicts allow a nation to not only hide the actual numbers of military causalities from its own people but also, if necessary, play “dumb” and conceal its involvement in any given confrontation.

Nowadays, the United States, along with a number of other Western countries, is increasingly “outsourcing” its military operations. For instance, during recent peacekeeping missions private military companies, at the behest of Washington, have been treated as entities whose rights are equivalent to regular army units. It is important to understand that modern PMCs are not anything like the hard-boiled hired guns of the 1970s-1980s in Angola and Mozambique. At present, private military companies receive funding from the richest Western corporations; have close ties with the political establishment of Western nations, and are quite often headed by former high-ranking officials or retired generals. Western private security firms are entities rigidly controlled by a government that operate in the latter’s interests. This is the main difference between modern PMCs and mercenary units from the Middle Ages.

In the nearest future, the number of private military companies will surely only rise world-wide, after all, it is truly advantageous to outsource “military operations”. In fact, at present, the number of security staff from PMCs in Afghanistan and Iraq exceeds that of American servicemen in these nations. And even the Pentagon would most likely find it difficult to estimate the exact number of such mercenaries.