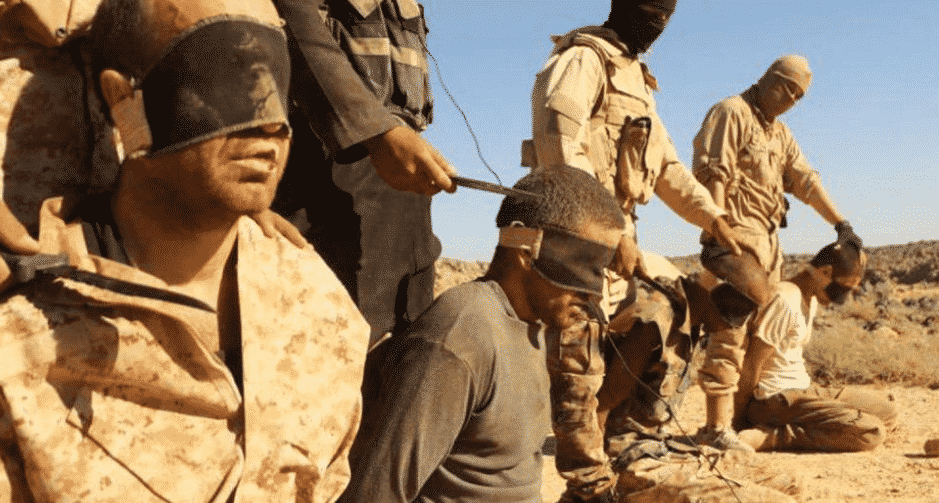 …by Nahed al Husaini, VT Damascus
–
VT Damascus:  Today, Veterans Today working with Russian forces in Syria negotiated the release of the following individuals held hostage within Syria.  This was an internal hostage exchange tied to a very strange story.
–
VT met with Russian officials and outlined the release, on prisoners held by Damascus and 9 held by militants. The released were: (translated from Arabic)
–
1.  Lt. Gibran Samir and Nous
2.  Colonel Muhammad Ali Mualla
3. Lieutenant Ali in the name of the star
4. Lt. Moayad Hasan Hasan
5.  Corporal Maher Molly Khalil
6.  First Lieutenant Ahmed Saeed Al-Kardoush
And two Hezbollah members whose names we did not know
And a taxi driver from As-Suwayda, Maad Sari Yunus.
–
A week ago, in Suwaida province, South of Damascus, a strange story began to unfold.  A British aircraft evacuating an SAS team operating with a local militia there was hit by anti-aircraft fire but may have been able to land at an American base inside Jordan.  Stories on the fate of the mysterious SAS assassination team vary but it was an assassination team and it had bought its way into Syria with hundreds of thousands of dollars.
–
Was President Assad the target?
–
During the operation to expel the SAS, the Damascus government arrested Raad Bali, a reputed leader of the militia faction working with the SAS.  In retaliation, the group that refers to themselves as the “Dignity Militants,” and no one really knows who they are or much about them, captured a number of Syrian military officers and two members of Hezbollah who were simply driving through the region.
–
One person in the car was the driver of the taxi.
–
Veterans Today wants to thank the Russia Military Police who organized the exchange without bloodshed.
–
Militant groups around Syria are currently taking advantage of the conflict in Idlib and have become a defact Mafia, stealing cars, looting businesses and engaging in widespread criminal activity against the Syrian people.
–
This, quite probably, is the only lasting result of the American incursion into Syria, the creation of a Mafia much like the one that is so powerful within the political organizations of the US.