[ Editor’s note: Trump’s sending the State Department out to look for medical equipment inside Europe might find a very tight market. Can you imagine the uproar if sick EU citizens found out ventilators were sold to the US when their own stocks were desperately low?

This story about the March 25th EU report was probably dropped today to make sure that word got out. There will be a lot of pressure on equipment maker insiders looking at a bleak mid term financial outlook, to take any money they can while the getting is good.

On the flip side, China seems ramped up already to boost its recovery by going into full production of all needed medical equipment not only for the money but the massive goodwill it will create, the lasting kind, and the kind that Trump cannot tweet away.

How are countries that are helped by Russia and China going to view the endless bogeyman treatment of them after this happens? Both the governors of New York and California admitted that the virus peak may come a week earlier than planned.

The California care centers rushing to set up could become death houses for those not sick enough to get a ventilator ticket. Can you imagine the wealthy people that are buying ventilators up now to make sure they have one for their private doctor and families?

Israel is set up to implode, with the irony of Orthodox Jews escaping from New York on Tel Aviv flights, where a good number of them are testing positive and going into quarantine. 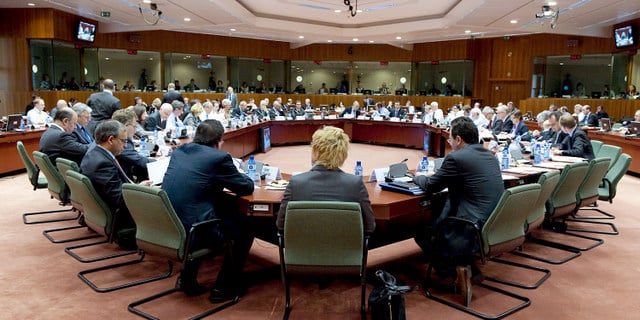 A European Commission document dated the 25th of March reveals the current supply in the EU of vital ventilators and also protective clothing is sufficient to serve just 10 percent of demand. Moving these items, essential in the fight against the coronavirus, between member states is also a problem due to new internal border controls.

The EU’s 27 commissioners met on Wednesday. They were clearly concerned by the actions of some countries within the bloc. For example, the Hungarian Government wants to extend its state of emergency indefinitely, a move that would give Prime Minister Viktor Orban substantial power.

As the crisis persists in the EU, particularly in Italy, Spain, Germany and France, the lack of cooperation on some fronts within the bloc is attracting criticism.

Eurozone finance ministers have taken part in a video conference. They have welcomed the relaxing of strict European Commission austerity-focused budget controls.