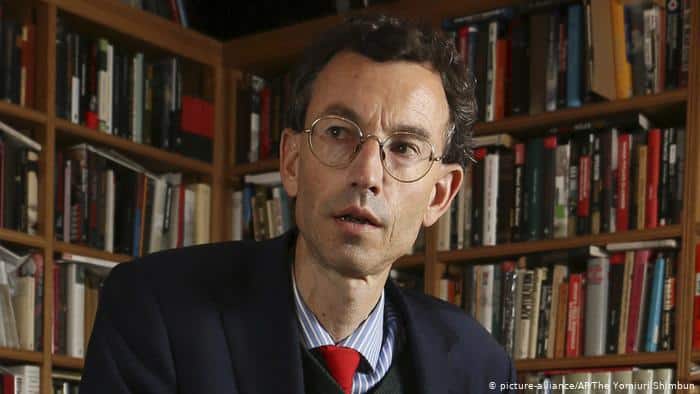 
Cambridge historian Brendan Simms has recently written a 700-page biography about Adolf Hitler. I have not read the book myself, but I have perused a number reviews of it and have read a number of assertions made by Simms himself.

What are some of the claims that Simms is positing? Hitler admired the British. Simms declared: “Admiration and respect arose from his experiences in the war. Hitler repeatedly referred to the toughness of the British, as he had experienced it at the front.”[1]

The interesting thing is that David Irving has been saying similar things for years. Using archival documents, Irving repeatedly argues that Hitler admired the British and took no pleasure in getting involved in a rival confrontation with the Empire. Irving has been ridiculed by the establishment for digging into the archives and doing what serious historians ought to do.

Now Simms is surreptitiously dropping nuggets of ideas which anyone could have easily gleaned from Irving’s books. Simms gets to keep his job at Cambridge University, but Irving is still being shunned by the Powers That Be.

In any event, If Hegel and Solzhenitsyn are right in saying that truth will triumph in the end, then Irving will prove to be right. In other words, serious historians will indirectly end up quoting or citing Irving’s books without giving credit to the man.

That’s not really fair at all, but that just shows that people like Richard J. Evans aren’t doing serious history at all. As Irving told me last week, Penguin Books gave Evans one million pounds to essentially destroy Irving’s career as a historian and to lie about Irving during the Irving/Lipstadt trial. What a phony. 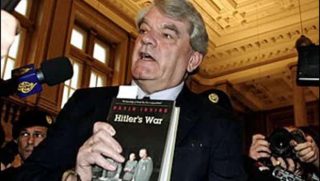 In any event, it is really exciting to see how mainstream historians are slowly but surely moving away from some of the tenets of the Holocaust establishment. Russell H. S. Stolfi’s devastating book, Hitler: Beyond Evil and Tyranny, is another classic example.

Stolfi, a noted historian of the U.S. Naval Post-graduate School, cogently argues that Hitler was rational in making many of his decisions and that the Holocaust establishment has irresponsibly demonized him for ideological purposes.

Stolfi declares that he has “weighted the great biographies [of Hitler] on the scales of historical reality and found them wanting…”[2] According to Stolfi, the great biographies do not ask deep questions and fail to address the serious issues surrounding the evolution of Hitler and Nazi Germany. He writes,

“In the present situation, the reading public has been served only half a portrait of the great tyrant of the twentieth century….half a portrait of Hitler tells us little about the man as a human being and presents a distorted and incredible interpretation of his actions as creator of National Socialism and leader of Germany.

“The great biographies take excessive liberties in denigrating his person, and, in doing so, they make it difficult to comprehend him…Every single one falls short of producing an adequate understanding of Hitler as a historical person. To this point in time, the biographers have lost the biographical war.”[3]

In a review of Stolfi’s work, biographer Carl Rollyson writes in the Star Tribune,

“Stolfi is no apologist for Hitler in the sense of minimizing his culpability for the Holocaust and the war, but the biographer wants to understand, even empathize, with the man.

“He portrays Hitler’s great personal courage during World War I as an intrepid combat soldier, and afterward as a man who personally waged war in the streets of Germany against Marxist street gangs. Stolfi quotes Thomas Mann’s reluctant admission that Hitler was an artist, and shows, in detail, Hitler’s consummate understanding of opera and architecture and how those arts shaped his view of history and modern Germany.

“Most important, however, Stolfi analyzes Hitler as a world leader of astonishing capability, a leader unlike any other politician of his time. Hitler was a messiah, wishing to create a new Germany unencumbered by the restrictions of the Versailles Treaty that crippled German politics and the country’s economy.”[4]

I was even appalled by a statement made by Mimi Frank of the Jewish Book Council:

“I personally found it difficult to read Hitler: Beyond Evil and Tyranny, because I, like the other biographers, have a hard time overlooking the evil deeds of Hitler and concentrating instead upon his supposed genius. Stolfi characterizes Hitler as a rare world historical figure, compared with the likes of Alexander the Great, Napoleon, and Julius Caesar. He clearly presents an alternate view from all the other major biographers of Adolf Hitler, but not a view that I can share.”[5]

What we are seeing here is that the so-called Holocaust has never been about establishing historically rigorous scholarship and criteria. At least for Frank, it boils down to personal opinion. Frank cannot share Stolfi’s views not because he has rigorous evidence to the contrary, but because Stolfi’s analysis does not line up with Frank’s ideological premises.