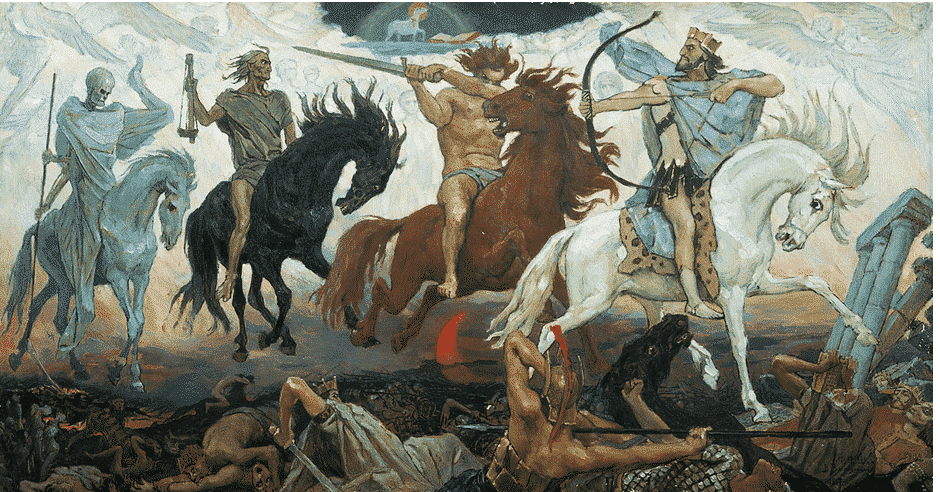 By Bohdan Lysytsia for Veterans Today

Crown – this is corona (корона) in Russian language. The crown in this text is the coronavirus. The name “coronavirus” is of Russian origin.

Coronavirus paralyzes Europe and NATO. This makes possible military operations of Russia against Ukraine and the Baltic countries (Lithuania, Latvia, Estonia). In other words, coronavirus leads to war.

Russian historian and political analyst Valery Solovey in February 2020 warned of the imminent conquest of the Baltic countries by Russia. Valery Solovey said that his sources from the offices of the highest authorities in Russia say that this will definitely happen. Journalists asked this analyst: will Europe and NATO intervene? The answer was this: Europe will be paralyzed and will not intervene.

Crown – this is corona (crown) in Russian language. The corona in this text is the coronavirus. The name “coronavirus” is of Russian origin.

Coronavirus paralyzes Europe and NATO. This makes possible military operations of Russia against Ukraine and the Baltic countries (Lithuania, Latvia, Estonia). In other words, coronavirus leads to war.

Russian historian and political analyst Valery Solovey in February 2020 warned of the imminent conquest of the Baltic countries by Russia. Valery Solovey said that his sources from the offices of the highest authorities in Russia say that this will definitely happen. Journalists asked this analyst: will Europe and NATO intervene? The answer was this: Europe will be paralyzed and will not intervene.

This was said as early as February 20, 2020, long before the start of the coronavirus epidemic in Europe. Then in Europe, only the first cases of the disease were recorded, no one knew exactly what was happening.

This means that the version of the Russian origin of the coronavirus is correct. Coronavirus is a biological weapon developed in the USSR until 1991 and first used in November 2019.

The horse of the second horseman of the Apocalypse is red. Red is the color of blood, massacres, war.

Now Russia is preparing to take revenge for the destruction of the USSR in 1991. Russia has a plan to conquer half of Ukraine (including Kiev) in a few days. Russian journalist and public figure Alexander Sotnik claims that in doing so, Russians can use nuclear weapons, destroying, for example, the city of Lviv.

After the accession of part of Ukraine and the Baltic states, Belarus will voluntarily join Russia. Russia will proclaim the restoration of the USSR.

The second rider of the Apocalypse pulls a third, black color. Black is the color of hunger.

After the war, hunger will begin in the world. 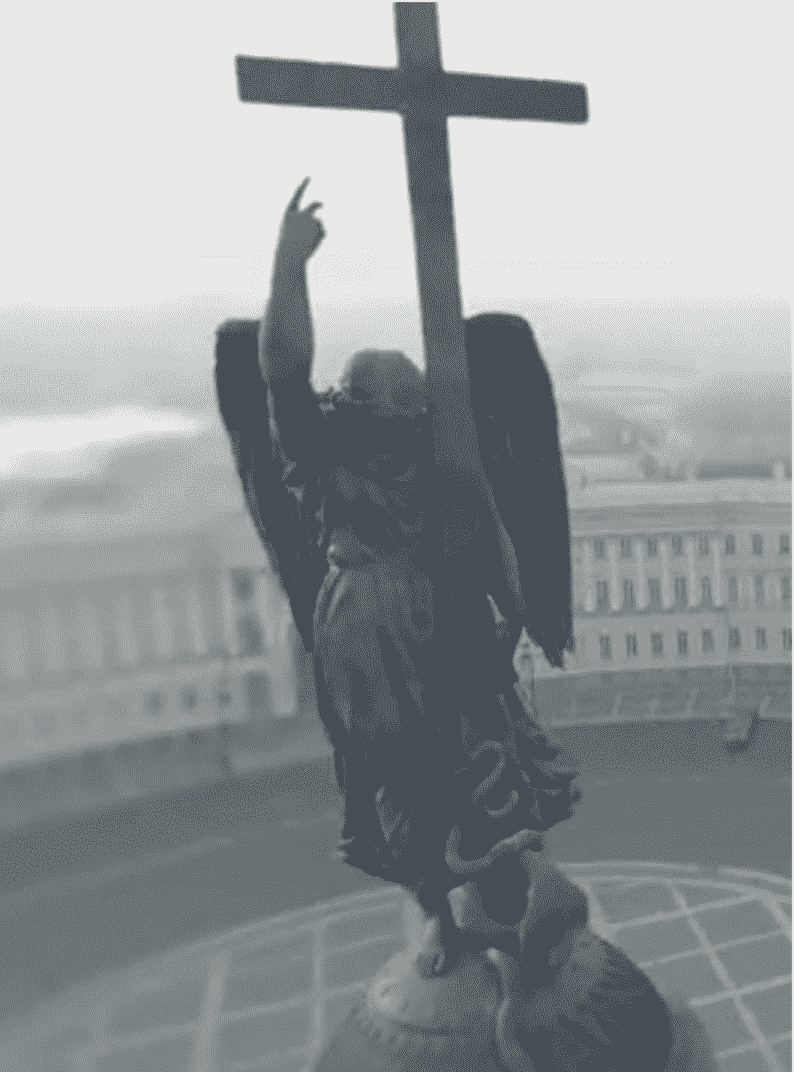 Russian President Putin is preparing to become the ruler of the world. This is what the leaders of other countries say in narrow circles.

“Insider sources report that in a narrow circle, Saudi Arabian crown prince Mohammed bin Salman calls Putin “a shorty who dreams of becoming the ruler of the world”.

This statement was made in the context of a conversation about the conflict between Russia and Saudi Arabia over the size of oil production and new prices.

Indirect signs indicate that at the end of 2019, Russia regained state sovereignty, lost after the collapse of the USSR in 1991.

On the evening of December 19, 2019, shooting occurred in the center of Moscow near the FSB building. This shooting coincided in time with a gala concert dedicated to the Day of the employee of the security agencies of Russia. This is a professional holiday for the FSB and SVR (former KGB). The concert, which was not stopped, was attended by Vladimir Putin and senior security officials.

Probably, this shooting was a cover action, which was to distract the attention of others. The main actions took place in the FSB building, where one of the top FSB executives was arrested, who was recruited from outside and coordinating a network of Russia’s top leaders, agents of external influence.

Shortly afterwards, on January 15, 2020, Russian Prime Minister Medvedev announced the full resignation of the government. The new government did not include people who were agents of US influence.

On April 22, 2020, a nationwide vote was planned in Russia, which was supposed to approve the new Constitution of Russia, the new fundamental law. Russia will declare the full restoration of state sovereignty. It is symbolic that on this day the Russian people will celebrate the 150th anniversary of the birth of Vladimir Lenin, the founder of the USSR. In this Vladimir Lenin will symbolically transfer power to Vladimir Putin. The first leader of the USSR had the name Vladimir (Lenin), and the last has the same name Vladimir (Putin).

In connection with the epidemic of coronavirus, voting was postponed from April 22 to a later time. The new day chosen for voting will also be connected with the history of the USSR.

In Revelation there is a prediction about the eight rulers of the USSR:

There were seven rulers in the USSR:

Having restored the USSR, Putin will become the eighth of the rulers of the USSR.

For a long time after the destruction of the USSR in 1991, the double-headed eagle, the ancient Russian coat of arms, was depicted with wings down. This symbolized the pacification of the eagle, Russia. But in recent years, the Russian eagle spread its wings.

One of the most effective tools of modern Russian propaganda is the new Russian films. In new films, positive heroes are often portrayed against the backdrop of an imperial Russian eagle.

Images from the movie “Nevsky”: 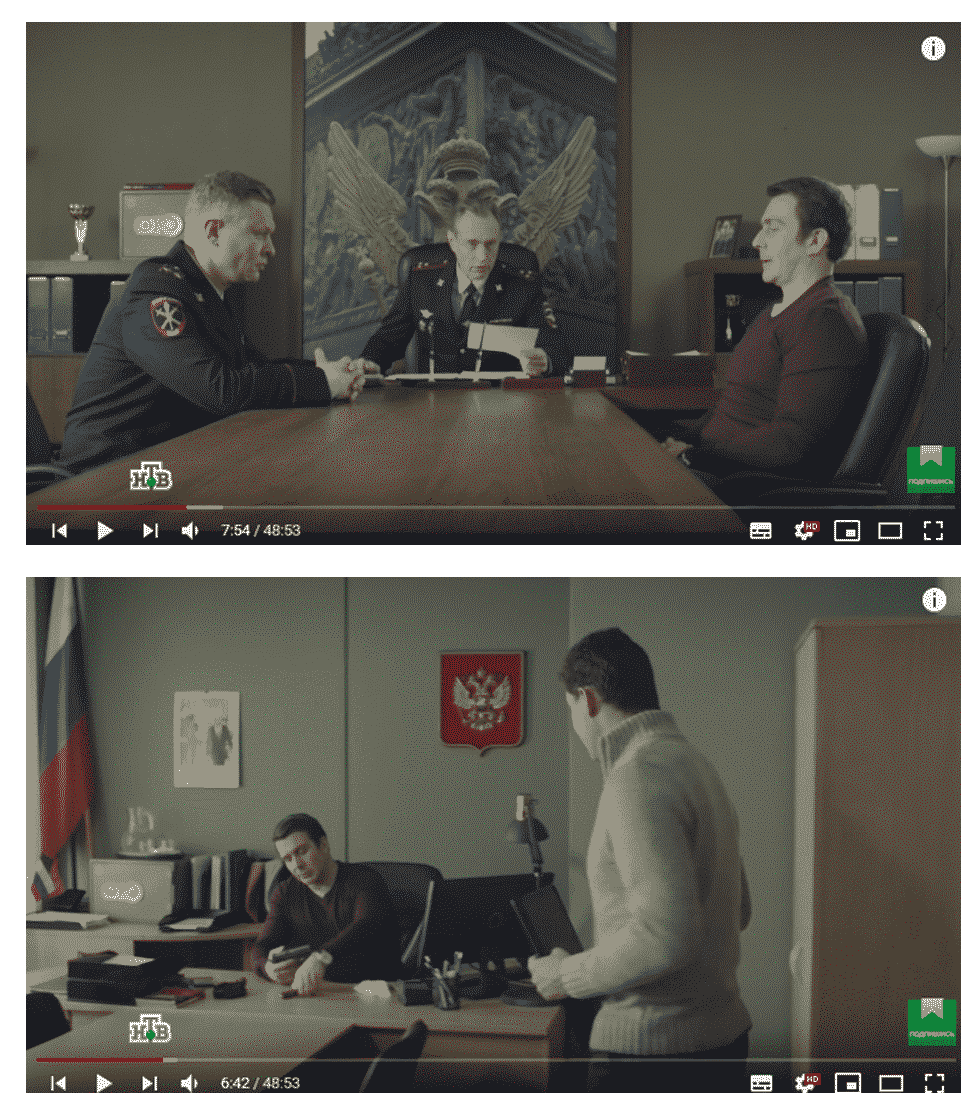 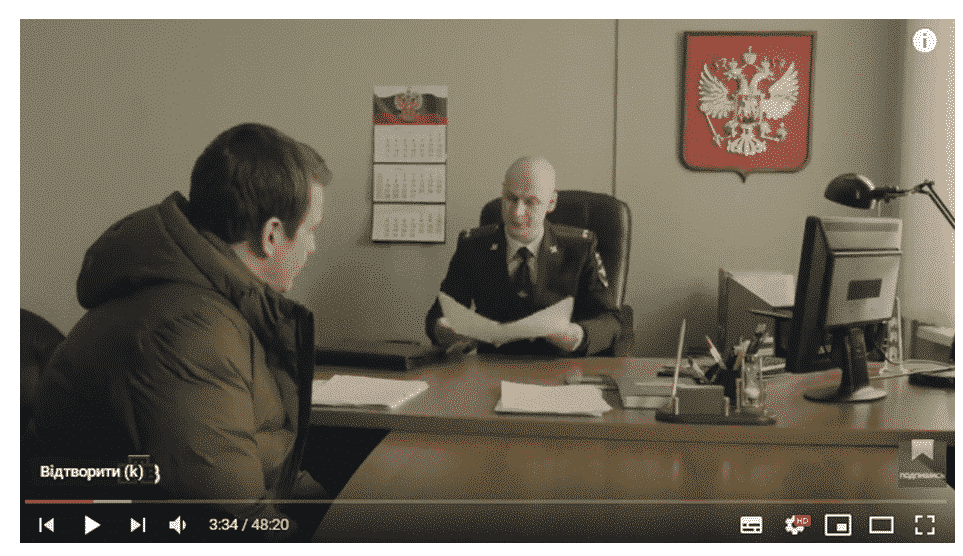 Shot from the movie “Nevsky”: 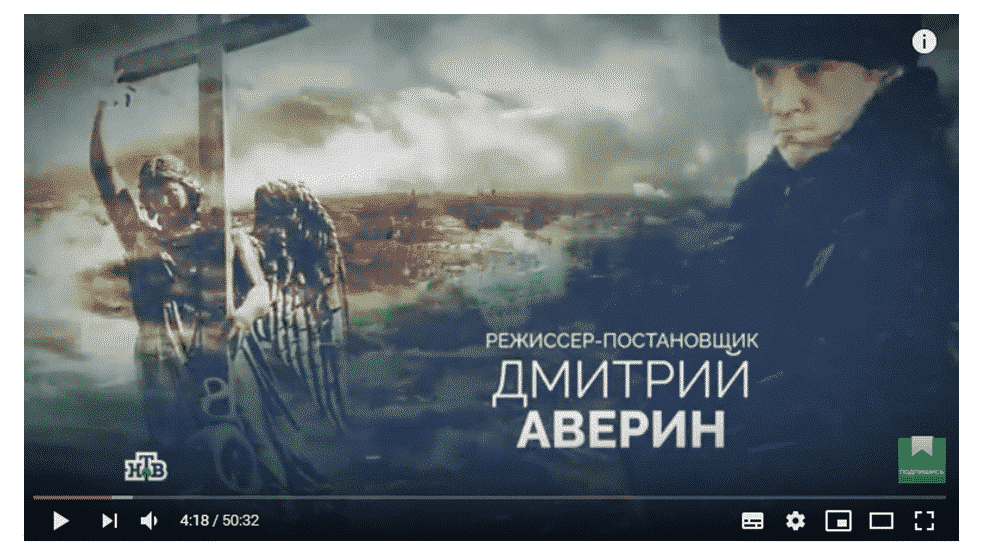 Shot from the film “Cop Wars”: 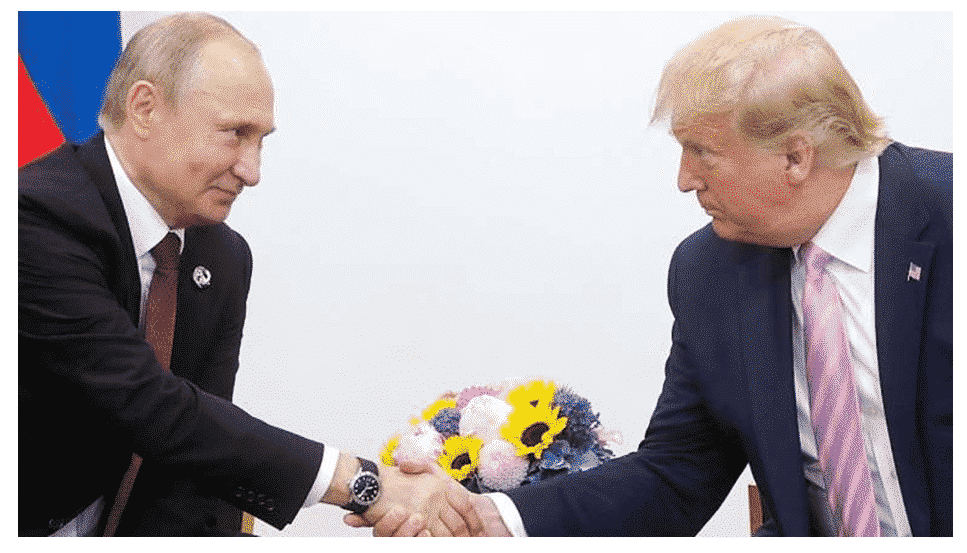 After that, Jehovah and Satan divided the universe, the former possessions of Baal. During the Flood, Baal was overthrown from heaven. Then Jehovah received the best part of the Andromeda galaxy (on Earth it corresponds to the USA and Canada). Satan then got our Milky Way galaxy and the rest of the universe. Satan said that all the kingdoms on Earth belong to him. Jesus did not refute this statement of Satan, because at that moment it really was like this:

All the time from the Flood to 1908, Satan was the lord of most of the universe.

When Jesus Christ was resurrected, Jehovah took Him to Himself in Andromeda. Satan, Baal, and Jehovah were chosen, like Putin, Obama, and Trump. Jesus was the Son of the Creator God and had rights to the throne, similar to the rights of princes who receive royal power after their parents.

In 1908, Jesus used Jehovah’s troops and defeated Satan. Only then was Satan overthrown from heaven to Earth. The event, which many call the “fall of the Tunguska meteorite” on June 30, 1908, was in fact the arrival of Satan on Earth. Soon after, in 1914, the First World War began.

After defeating Satan, Jesus received the throne in the Pleiades.

Soon after, Jehovah’s kingdom in Andromeda collapsed due to cataclysms. At this point, all power over the universe is in the hands of Jesus.

Soon, the United States will be placed in such a position that President Trump will be forced to withdraw US troops from all over the world. Only the USA and Canada will remain protected. Putin will become the master of the rest of the world for a short time. Then the descendant [son] of Jesus uses the US army to defeat Putin’s army. The Son of Jesus will resettle the people of God from the USA and Canada in the new Promised Land (Ukraine and the lands around it). Here the kingdom of the Millennium era will be founded, the strongest on Earth.

Then mainland North America will split in half in the area of ​​the New Madrid Fault, the United States will cease to exist as a state.

I also recommend this article to you:

In the United States, God will strike with coronavirus and other punishments those states that support the Democratic Party.