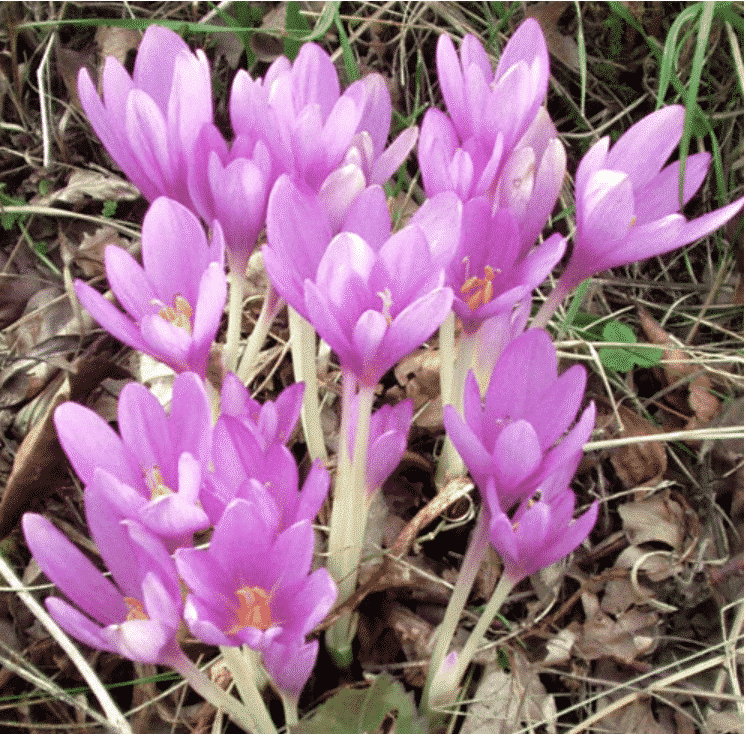 Colchicine was very very very inexpensive until Bush43 declared it an “orphan drug.”  Any idiot can make it from the ‘corbs’ of Autumn Crocuses. It can be very very toxic, so don’t play with it.  Doctors can write prescriptions still and maybe will.  We pass on information and remind some that playing herb doctor can kill you.

Gerry’s findings match ours as well.

I am just an observer on the strange events going on now, someone whose only scientific background is a B.A. in Chemistry from Queens College in 1971.  I think that just as with the false flag attack on the World Trade Center, there is a massive cover-up going on now by the CDC and the autistic mainstream press concerning finding a cure for the novel coronavirus disease Covid-19.  Your Veterans Today site is a site on the Internet that deals in facts, not propaganda, such as the real facts on how the World Trade Center was demolished by W-54 mini-nukes on 9/11, exposing thousands of first responders to inhalation of plutonium contaminated nano-sized dust particles.

The record shows that the drug colchicine should be able to treat Covid-19 pneumonia.  Colchicine inhibits neutrophil chemotaxix, the characteristic of Covid-19 pneumonia that makes this pneumonia so deadly.  The ancient drug colchicine is an anti-inflammatory medicine used to treat gout. Colchicine works in part by protecting the body’s ACE-2 receptors at inflammation sites and preventing deadly cytokine storms.  This colchicine effect is detailed in many medical studies.  Colchicine would block the novel coronavirus’ effect on ACE-2 receptors in the lungs, an effect that causes severe and sometimes fatal pneumonia.  A pneumonia shown on lung CT scans as creating ground glass opacitiers. Colchicine should already have been tried out off-label on persons with Covid-19 whose lungs are failing due to the coronavirus jamming the lungs’ ACE-2 receptors and causing an inflammatory cytokine storm. A cytokine storm which colchicine mediates as one of its anti-inflammatory properties.

“PubMed 3.1.2 Mechanisms of action of colchicine on the immune system.Recent advances in the understanding of the pathophysiology of crystal-induced inflammation, summarized by Nuki et al [1], have provided new insights into the mechanisms of action of colchicine in crystal arthropathies. The main mechanisms are inhibition of neutrophil chemotaxis, adhesion and mobilization, and superoxide production in addition to inhibition of NACHT-LRRPYD-containing protein 3 (NALP3) inflammasomes and interleukin (IL)1β processing and release.”

Colchicine is a drug that traces its roots back to the Egyptian Ebers medical papyrus; a drug that was probably new when the Great Pyramid was being constructed on the Giza Plateau. It would be very easy for clinicians to determine the effectiveness of colchicine against the novel coronavirus.  Just survey the patients with Covid-19 and ask them if they are on colchicine for gout.  “In 2016, it was the 251st most prescibed medication in the United States, with more than a million prescriptions.” [Wikipedia]  If none take colchicine, that would be an indication that colchicine, under close medical supervision  is a candidate for prophylactic prevention of Covid-19.

And as far as conspiracy theories, if colchicine does cure Covid-19 pneumonia, that is some coincidence, Paul Singer buying off the FDA in 2009 to illegally get monopoly rights to a formerly generic drug, the gout medicine colchicine, that may turn out to be the perfect treatment for the SARS disease just created in American germ warfare laboratories

Colchicine is a plant-based drug that is now used for the prevention and treatment of gout flares in adults.  Colchicine before 2009 was available as an inexpensive generic drug, grandfathered in by the FDA.  The FDA granted billionaire Paul Singer’s generic drug company, URL Pharma, “exclusivity” (monopoly rights) on colchicine in 2009.  That “exclusivity” right from the FDA was never granted before on a generic drug like colchicine. Money talks, the $45 million Singer paid to the FDA, which funds its employees’ salaries.  Singer’s company jacked up the price of colchicine 100-fold, from five cents a pill to $5 a pill, once he got his monopoly from the FDA.  Singer then made $500 million selling URL Pharma to Takeda Pharmaceuticals in 2012.  When Takeda stood to lose its “exclusivity” to colchicine after losing its patent claim in the Federal Circuit, the FDA created a new category, “approved generic” so Takeda could continue selling colchicine for $5 a pill list price after the Federal Circuit threw out Takeda’s patent application and the U.S. Supreme Court refused to hear Takeda’s appeal.  An investigative reporter, Daniel Ford, found out that URL Pharma falsified its drug trials to get “exclusivity,” the drug trial for familial gout flares only having 5 participants after most dropped out after receiving intentional toxic overdoses of the Colcrys brand name colchicine.

Right now, the medical establishment is pinning its hopes an the anti-malarial medications Chloroquine or Hydroxychloroquine.  In 1970, as a draftee, my brother was working at Walter Reed Army Hospital in a lab where the researchers were trying to find out if Chloroquine was effective against the P. Falciparum strain of malaria in Vietnam.  Did the anti-malarial work or were soldiers coming down with malaria because they failed to take their Chloroquine pill to prevent malaria?  The finding was that the soldiers took the medication prophylactically but the Chloroquine did not work to protect against getting malaria if bitten by a malaria-carrying mosquito.  Another wash out by our military masterminds and Big Pharma.  This lab finding did not get any attention.  Silence is golden.