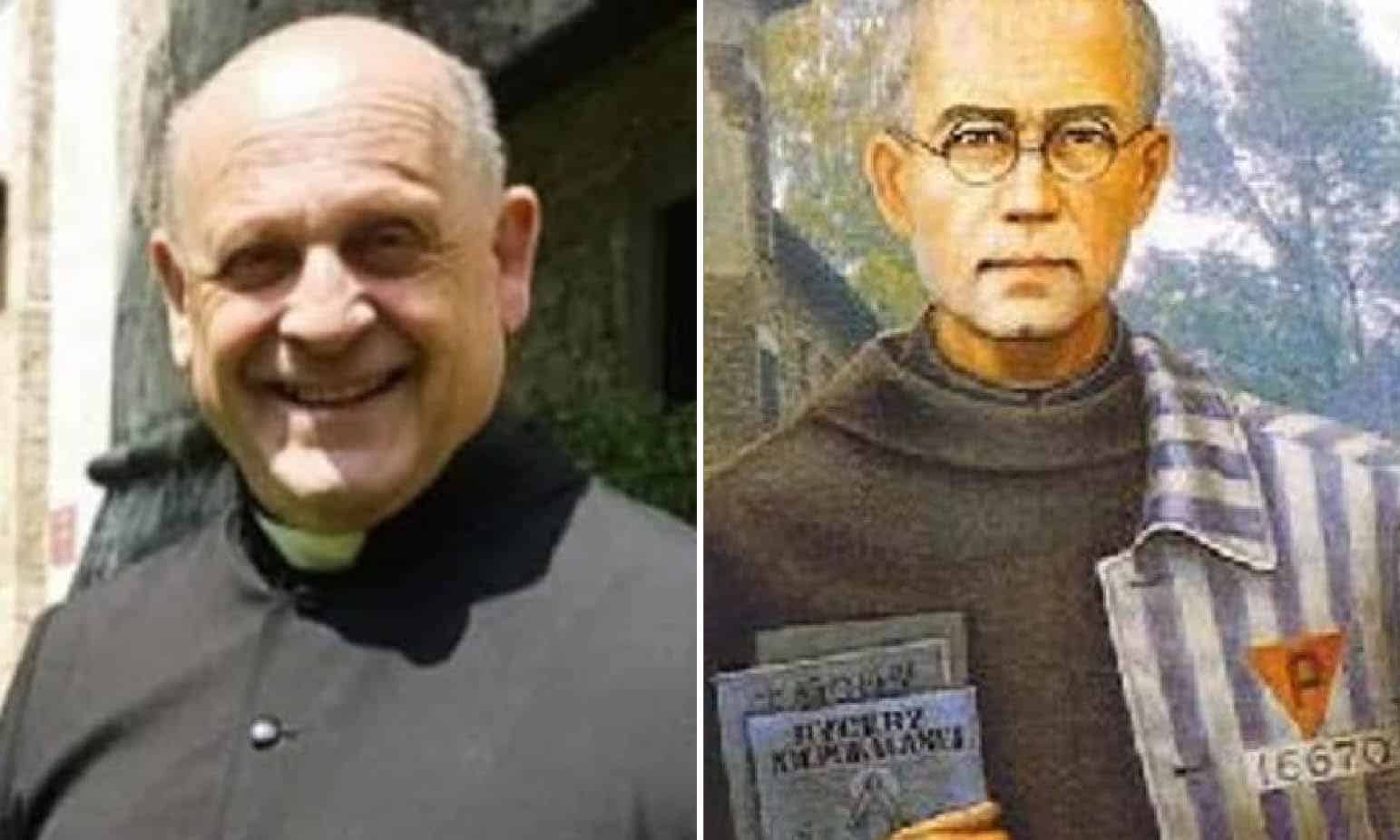 It is not easy to understand why a man comes to give his life to save another although he is not faced with a forced choice. It is a concept very clear to authentic soldiers on the battlefield as to the ideal “Militis Christiani” described by Erasmo Da Rotterdam in his Enchiridion (manual).

It is much simpler to tell the very human story of those who become an example of this sacrifice for the sake of their brother and, often, at the invitation of Jesus Christ who first chose the Passion and Death on the cross to reveal to humanity the mystical secret of the Resurrection.

Well believing in the soteriological testimony of the Risen Messiah, two Catholic religious donated their lives in the face of the terror of death in two different but very similar circumstances: one in 1941 in the Auschwitz concentration camp in Nazi-occupied Poland where he was deported, the other, just a few days ago, in the outbreak of the Corona Virus in Bergamo, in Lombardy, where the pandemic has so far made more victims than in the rest of Italy and the world, including China.

The Polish Franciscan friar Maximilian Kolbe will certainly not be offended himself if I dare to compare his historical heroism in a concentration camp, where he decided to enter the bunker of death instead of a family man, to that of an anonymous provincial priest father Joseph who hospitalized in a hospital for severe pulmonary respiratory failure has preferred to give to a younger person the ventilator purchased for him by his parishioners. And he’s dead! Asphyxiated by this cursed virus.

In Heavenly Empyrean Father Kolbe, we will not be hurt by this comparison for various reasons. Because for his humanly Christian gesture he was proclaimed Saint by the Pope John Paul II, while for Don Giuseppe Berardelli, archpriest of Casnigo, a small town in the Val Gandino in Lombardy, there were applause from a distance of the faithful and perhaps there will be only words flatteries paid to him by this article and by other ones of Italian newspapers.

Also because many other religious like him, Christians, italians in these weeks are dying  performing acts of great altruism such as the doctors in the front line in Emergency Rooms in Italy: 36 of which, among 5,000 infected, have already lost their lives together with an unknown number of nurses and operators health.

The analogy also does not clash, as the Polish friar was a humble Franciscan but also a strenuous fighter against Modernism and in particular the deism and atheism of Freemasonry today openly identified with the New World Order, the main suspect of the global conspiracy that it seems to be hiding behind the current pandemic increasingly attributed to a very powerful bacteriological weapon, as reported in previous Gospa News reports.

Both were killed by a poison: the deported to the concentration camp from the  acid fenic injected by the SS, while the Italian priest from the one “sowed from a rich country”, according to Cardinal Malcom Ranjith, Archbishop of Colombo.

Finally, the mortal remains of both were reduced to ashes by a crematorium without any Christian funeral ritual. This is why the story of Don Giuseppe’s current affair is a propitious occasion also to recall that of Father Massimiliano as they can both be considered “martyrs” in a war without borders.

Yesterday was the conflict triggered by the Nazis, today is that of the globalist Deep International State, which, according to numerous historians, are both attributable to the direction of hidden financial entities greedy only for Money and Power.

These are Mammon’s idolaters (Mammon ad material wealth in the Bible – ed) the “pietàs” known even to the Roman pagans whose imperialist they aims to mimic, the Hellenistic “Eleos” whose temples they imitate in Palladism, and even more of the “Charitas” taught by Christianity or the “Hesed” of the ancient Jewish people of Israel, which has little little in common with that of the present nation built by the Balfour project between the Ashkenazi Zionists and their British confreres hooded of the Rothschild Dynasty.