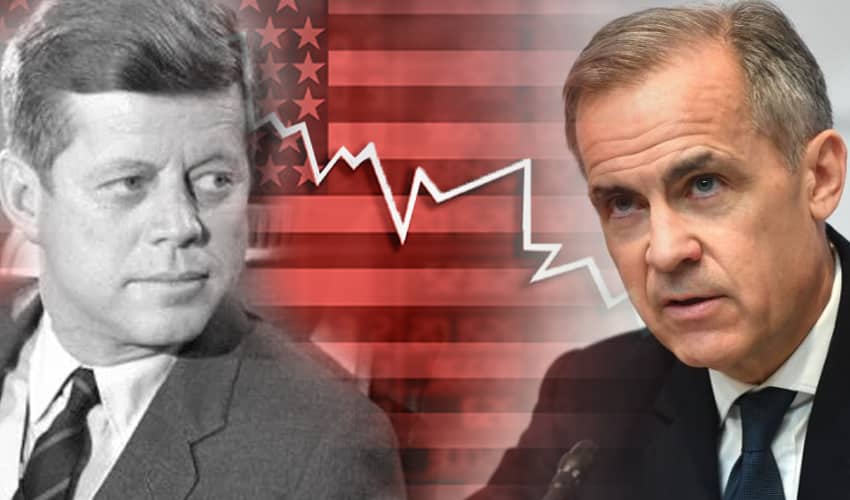 On March 23, Wall Street on Parade reported that the Federal Reserve took on new unprecedented powers to decide which companies and banks live or die in the midst of the COVID-19 hysteria which is propelling the western nations into the greatest crash in history.

Federal Reserve purchases of toxic securities from the balance sheets of banks have also become limitless as the former cap of $500 billion/year has been nearly reached in only one week of bailouts ($272 billion in treasuries and $63 billion in mortgage-backed securities since March 15).

Yet in spite of these trillions of dollars produced from thin air, Wall Street on Parade also reported that the “big 5” too big to fail behemoths have lost a total of 45% of their value in only 5 weeks with Citigroup leading the race to the bottom with a whopping loss of 51.7%. Amongst those big 5, common equity capital (which sustains the $1.2 quadrillion global derivatives time bomb which is ripe to explode) has already lost $154.4 billion (of a total of only $603 billion among the Big 5 alone).

Cumulatively, over $9 trillion has already been issued to bail out the failing speculators since September and If this isn’t a wake-up call to the very real danger of hyperinflation and broader danger of martial law, then I don’t know what is.

Blowing out the System is the INTENTION

This is exactly what was already stated in August at the Jackson Hole monetary conference when central bankers under the leadership of Mark Carney agreed that the global Financial system required an urgent “regime change”. This was restated by Carney in December where the Canadian golem called for a new green financial system to eliminate global carbon production (aka depopulation) writing in an article entitled Fifty Shades of Green:

“A new, sustainable financial system is under construction. It is funding the initiatives and innovations of the private sector and amplifying the effectiveness of governments’ climate policies—it could even accelerate the transition to a low-carbon economy.”

Describing the current central bankers’ agenda to unleash infinite money printing, current Bank of England governor Andrew Bailey announced a rate drop from 0.25% to 0.1% and a €200 billion quantitative easing program in the UK and said:

“I talk to central bank governors most days and while we make decisions with reference to our own mandates, it is not a surprise that we are coming to the same conclusion.”

Unabashed money printing without any pesky questions of “who gets the money” and did they commit “morally hazardous” crimes that may have caused the collapse of the economy in the first place?” Steve Mnuchin’s attempts to include his $500 billion hedge fund into the recipients of taxpayer bailouts is just one of many similar institutions which I’m sure Bullard is hoping we don’t ask questions about.

The Battle Over Two Worldviews

In spite of this evil agenda, solutions do exist. These solutions require a return to an understanding of good debt (anti-inflationary/self-extinguishing debt) versus bad debt (hyper-inflationary/cancerous debt).

Where one is tied to processes in the real world that improves the lives of people and raises material, intellectual and spiritual standards of all, the other is tied to the enslavement of people, destruction of quality of life (materially, intellectually and spiritually. One is desired by masters for their slaves and the other by free citizens. One can only spread by inducing cultures to live in the ephemeral “now” while abandoning abstract notions of “past”, “future” or “morality” while the other is tied to the debt and respect we must pay to past generations and those yet unborn alike. Many great statesmen understood this schism in paradigms as the “American vs British systems”.

In American history, it was once much better understood as certain debts had to be created in order to overcome real (vs. artificially engineered) crises. Examples of such real crises involved the costly American Revolution, whose debts were finally paid off via the application of national banking and industrial growth measures of the 1790s-1820s which transformed a low productivity agrarian society into an industrial force that challenged the economic might of the British empire and quadrupled America’s population is merely a two generations.

The Case of Lincoln

Due to the South’s resistance to industrial development and national banking (illustrated brilliantly in Robert Ingraham’s 2015 opus Manhattan’s Struggle for Human Freedom Against The Slave Power of Virginia), the unbearable tension within America became the basis for the 1861-1865 Civil War.

Following the earlier example of Hamilton, Clay and John Quincy Adams, Abraham Lincoln saved the union via the creation of constitutional greenbacks as a form of federal credit issued via the Treasury and tied to the actual needs of the people. These needs extended beyond the war and into the construction of the greatest mega-project of the time- the Trans-Continental Railway (1863-1869).

Lincoln’s allies such as Senator Sumner, Henry Carey, and William Seward fought desperately to continue Lincoln’s vision of extending the use of greenbacks beyond the Civil War to industrialize and fully liberate the south and also other nations globally. These efforts were sabotaged by Proto-Deep State agents in America which eliminated the greenbacks, re-empowered the slave power and established the “Specie resumption Act” of 1871 that chained American progress to the worshipping of gold and led into the 1913 creation of the Federal Reserve.

The Case of FDR

President Franklin Roosevelt is another patriot often criticized harshly for creating much debt during the New Deal, but unlike the debt created during 1929-1933 under Hoover which merely bailed out failing banks with no real-world job creation or growth of the real economy, FDR’s revolution was very different.

Roosevelt’s Tennessee Valley Authority transformed the southeastern states from rural backwater hillbilly patches where illiteracy averaged 80% in 1933 to a scientific and engineering hub by 1945 (which saw illiteracy drop to 12%) is but one of the thousands of trans-formative projects which “debt” created under real American System leadership. Breaking America out of the depression involved a life or death war with central bankers which saw FDR face assassination attempts, military coups, and sabotage from the deep state during his entire 12-year presidency which I outlined in depth in my recent paper How to Crush a Bankers’ Dictatorship.

The Case of JFK

John F. Kennedy also created debts but following the role model of Franklin Roosevelt, those debts were tied incredible mega-projects in energy, water, transport and especially space exploration (NASA’s budget reached nearly 4% of US GDP at its peak before the slashing self-sabotage began in 1966).

Recent reports have proven that for every $1 spent on NASA in order to put a man on the moon, over $10 were returned to the American economy in the form of spin-off technologies, inventions and jobs touching on every aspect of society- health, engineering, computing, chemistry, energy, and more.

In all cases above (Lincoln, FDR, and JFK), the use of national productive credit was the key to success. All of these leaders circumvented the influence of the City of London agents in America (aka Wall Street) in their own way. While FDR and JFK fought to break the monopoly over credit established by the Federal Reserve in 1913 via FDR’s Reconstruction Finance Corporation that acted as a National Bank, and JFK’s efforts to create industrial investment tax credits and a silver-backed Treasury issued currency outside of Federal Reserve Control.

The principles of this lost practice of national political economy which are no longer permitted to be taught or practiced in modern western universities can be found clearly set out in the writings of Alexander Hamilton’s collected works, and especially his historic reports to Congress of 1790-1971 (Report on a National Bank and Public Credit, Report on Manufactures, and Report on a Mint ). All of these reports should be studied seriously during today’s systemic crisis as the principles they set out are not only in total opposition with the false “left” Keynesian vs “right” Austrian school arguments constructed by the Fabian Society in the 20th century, but are remarkably in alignment with the best practices of thinking and behavior of China’s Belt and Road Initiative and broader multipolar alliance which is humanity’s last and best hope to break from the future-less system of oligarchy once and for all.