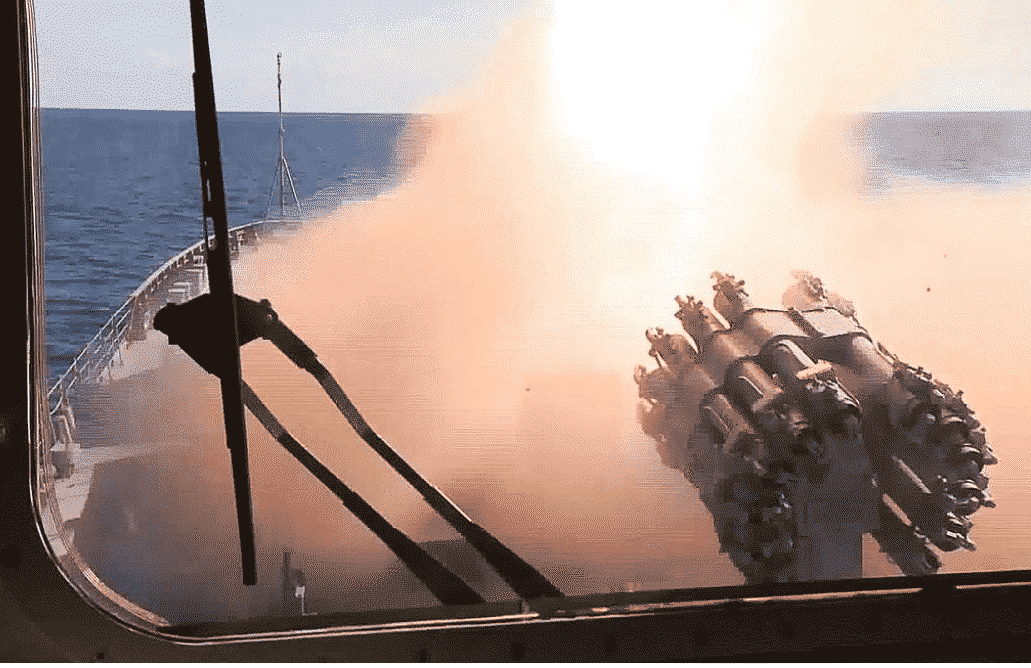 At the final stage, the frigates’ crews practiced joint maneuvering and held communications, anti-submarine warfare and air defense drills for the ships’ protection during their transit at sea, according to the Fleet’s press office

The naval sailors conducted electronic launches of Shtil-1 missiles against the notional cruise missiles, after which they notionally fired Kalibr strike missile systems. At the final stage, the frigates’ crews practiced joint maneuvering and held communications, anti-submarine warfare and air defense drills for the ships’ protection during their transit at sea, the statement says.

The warships like the Admiral Grigorovich represent a new series of Project 11356R/M frigates (the Project 11357 designation is also used). These frigates are designed to destroy enemy surface ships and vessels, submarines and ground installations, carry out patrols and defend sea lanes.

The frigates of this Project are armed with eight launchers of Kalibr-NK cruise missiles that are capable of striking surface, coastal and underwater targets at a distance of up to 2,600 km.

The warships of this Project are also armed with Shtil-1, Palash and AK-630M air defense missile and artillery systems, A-190 100mm universal artillery guns, torpedo tubes and RBU-6000 rocket launchers. The frigates also have a take-off and landing strip and a hangar for an anti-submarine warfare helicopter (Ka-27 or Ka-31).