Iraq and Afghanistan Veterans of America

New York, NY – While the Department of Veterans Affairs continues to release inconsistent updates to the veteran community on its response to COVID-19, Iraq and Afghanistan Veterans of America conducted a flash poll to gauge how the healthcare system is serving the post-9/11 generation of veterans.  Over 1,000 IAVA members (veterans and veteran family members) responded to the poll conducted between March 24 and 26th.

According to the poll, 71 percent of respondents received communications from the VA. However, members of the veteran community are at elevated risk of COVID-19 either due to age and/or underlying health issues related to their service, like exposure to toxic burn pits. Clear, consistent communication that reaches all veterans is necessary to ensure they are taken care of as uncertainty can lead to delayed care and negative health outcomes.

The VA is the largest integrated healthcare system in the country. It should be a model for the rest of the country. Ninety-four percent of respondents want to see a plan for how VA will handle the pandemic, but Secretary Robert Wilkie has not been forthcoming.

Nearly half of respondents reported having tried to contact the VA. Of the respondents who asked the VA to test them for COVID-19, 58 percent were denied. Full poll results can be found here

“IAVA itself has received fragmented communication from the VA, and little directly from the Secretary. This makes it difficult for us to share information with our 400,000 members,” said Jeremy Butler, CEO of Iraq and Afghanistan Veterans of America. “We urge the VA to directly engage the veteran community, including IAVA, and emulate the Department of Defense with consistent press conferences with media availability to share vital information. Many of our nation’s veterans, especially older veterans and their families, rely on traditional communication channels and communicating through new media is not reaching the demographic that is most at risk.”

Iraq and Afghanistan Veterans of America (IAVA) is the premier veterans advocacy and support organization on the planet. Every day, we fight for veterans. Hard. We are the tip-of-the spear non-profit engine of impact that connects, unites and empowers over 400,000 veterans and allies nationwide. Founded by an Iraq veteran in 2004, IAVA is the non-partisan leader in advocacy, public awareness and 1-on-1 care management and peer support. We organize locally, and drive historic impacts nationally. 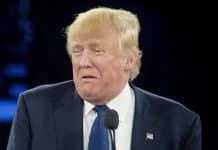