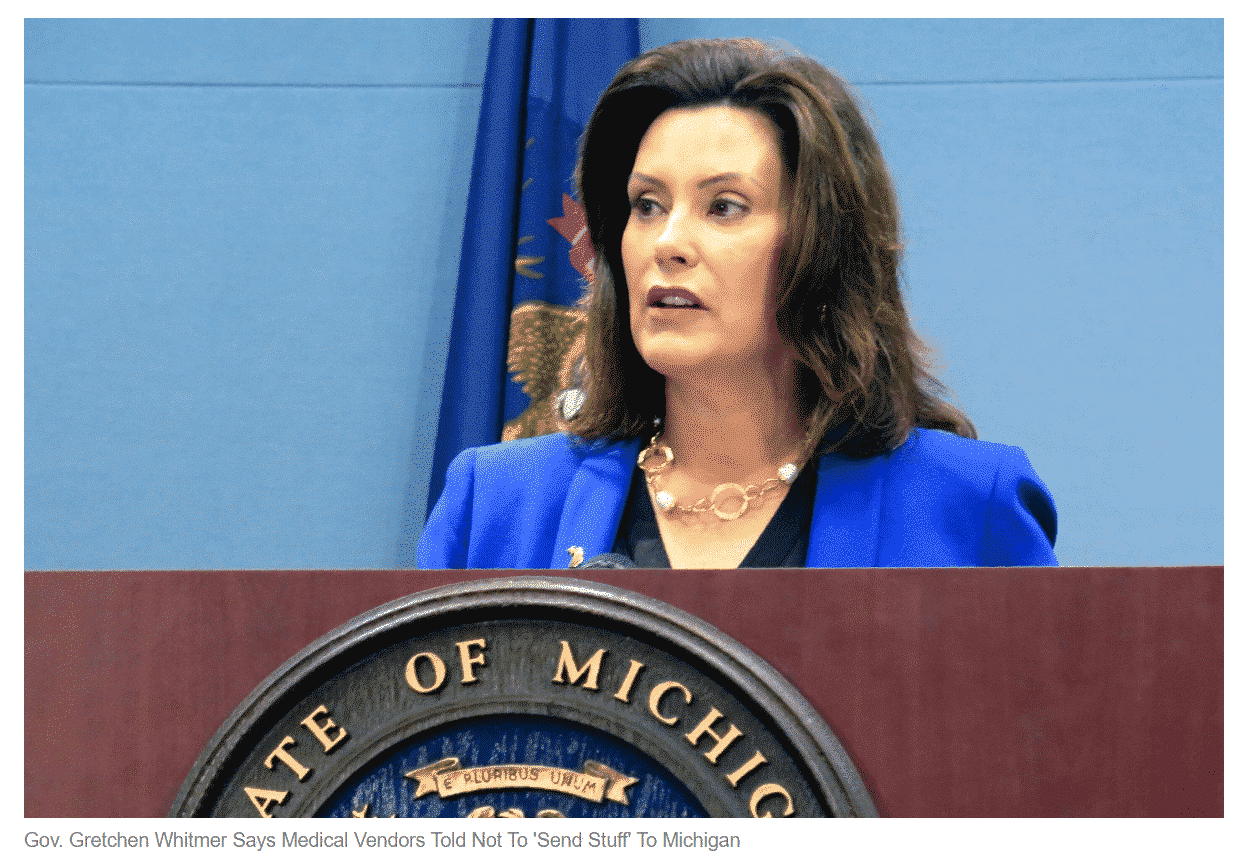 Whitmer, a Democrat, didn’t say if the orders were coming from the White House or if vendors may have been intimidated by Trump’s feud with the governor. But she did appear to link the problem to the president because she told WWJ-AM in Detroit that she tried Thursday night to call the White House to discuss the issue.

She couldn’t get through to Trump, who was at the time trashing Whitmer — whom he referred to as “that young … woman governor from Michigan” — to Sean Hannity on Fox News. “We don’t like to see the complaints,” Trump said in a phone interview.

Whitmer told WWJ: “When the federal government told us that we needed to go it ourselves [on medical supplies], we started procuring every item we could get our hands on. But what I’ve gotten back is that vendors with whom we had contracts are now being told not to send stuff here to Michigan.”

She added: “It’s really concerning. I reached out to the White House last night, asked for a phone call with the president, ironically at the time that all this other stuff was going on.”

Whitmer told CNN later in the day that the state’s shipments of personal protective equipment are being “canceled” or “delayed” — and sent instead to the federal government. She said it’s happening to other states as well.

Trump’s willingness to punish a state’s residents amid a pandemic over a feud with a governor appeared evident in a statement at his press briefing Friday. The president said he had instructed Vice President Mike Pence, who heads up the president’s coronavirus task force, not to call the governors of Washington or Michigan. The two states have among the highest number of coronavirus cases in the nation, and Michigan is experiencing a dramatic spike in cases from 350 a week ago to nearly 3,000 Friday.

“I say, ‘Mike, don’t call … the woman in Michigan. It doesn’t make any difference what happens,’” Trump said.

Whitmer told WWJ that she has been critical of the weak federal response to her state’s needs amid the fight against rising COVID-19 cases but that other governors have also complained about the lack of “federal preparation.” She complained earlier this week that the number of masks and gowns sent to her state by the federal government was barely enough to cover a single shift at a besieged hospital. The state hasn’t received a single ventilator despite a critical need. 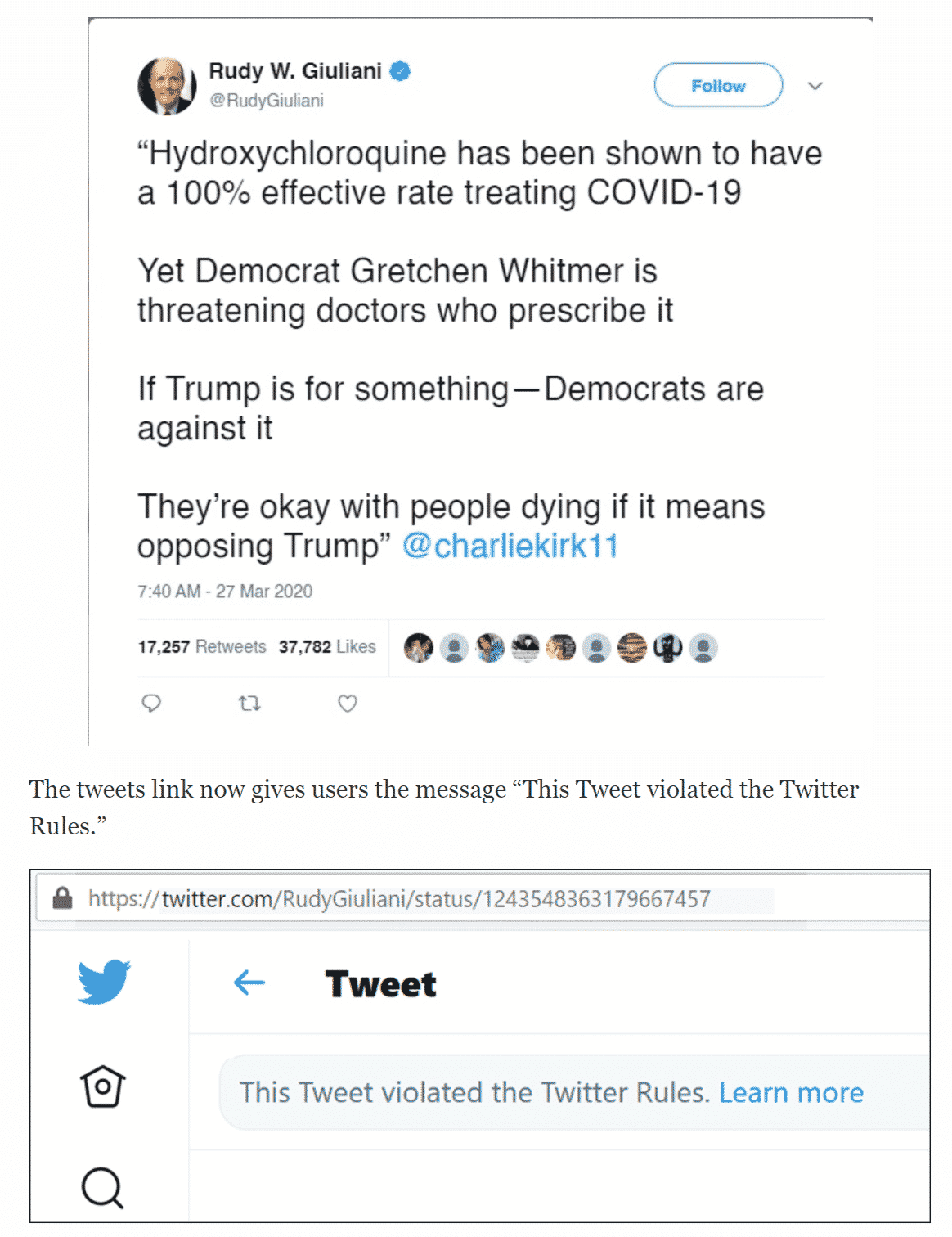 “I’ve been uniquely singled out,” Whitmer said. “I don’t go into personal attacks. I don’t have time for that, I don’t have energy for that, frankly. All of our focus has to be on COVID-19 right now.”

She said she remained thankful to Pence, with whom she has a “really good working relationship.”

Trump said at his press briefing that he expects governors to be “appreciative” for any federal help.  Read more:

This is an ICU Nurse in Southeast, MI after working 13 hrs treating 2 critically ill COVID patients on the vent by herself.

What a POS this Orange demon is… https://t.co/b1XzbzytzU

Southfield, Michigan, north of Detroit, is near where I grew up.  The community, Oak Park, Southfield, West Bloomfield, is largely Jewish and African American, mid level managers, solid communities.

Heading in for my night shift in the ER here in #Michigan and while @realDonaldTrump is attacking @GovWhitmer on cable news, I’m still using 1 paper mask/shift because Trump won’t use the #DPANow to get me #PPE. Still not enough tests. #NeveraHoax pic.twitter.com/HhYWWpdd5k

I put the blame directly on Trump.  If he wants to blame China, and we think that’s simply not true, it is still his fault, we had a medical observer there that Trump fired.  He, of course, fired our entire pandemic emergency capability.  From New York:

Then he turned himself over to pay for pray cult preachers who began making policy and have now sunk the US.  Trump was never up to the task, everyone should have known it, a majority of Americans voted against Trump, not just the 53 percent but we strongly suspect more like 62 percent.

The people who rigged two Bush elections, and we all know how badly that went, put Trump in office and he has done 9/11 times a thousand.  Watch the video below and send this around.