His response, not the constitutional referendum, will decide his political future

[ Editor’s Note: We have not seen much coverage in the Western press about how Russia will cope with the coronavirus economic fallout. Suspicious me always feels there may be the usual explanation, that Russian has real reserves and contingency plans, better than most in the West.

Shooting straight from the hip, Putin quickly presented that he planned to tax the rich more for the obvious reason, they have the money. And he picked a starting point that will be popular with the public. He will tax the rich’s foreign income.

Missing in his plans was any “anti-corruption” effort which the public always loves, unless only a few scapegoat examples with no powerful political contacts are found to be sacrificed.

Russia is an organized country, with patriotic people. Its military will move quickly, as it is building a 10,000 bed coronavirus hospital outside of Moscow. It also decreased its military budget for the current year.

At the end of the day, the shakeout can only be determined in relative terms. The countries will fare better if they have a strong currency, exports and the ability to crank up domestic production to defend the work force … Jim W. Dean ] 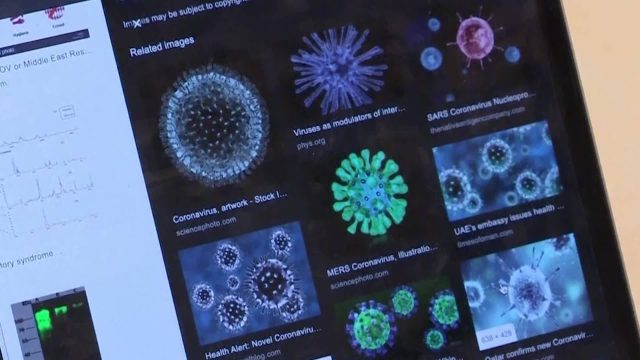 In his coronavirus address, Vladimir Putin promised to squeeze the rich and install safety nets for the vulnerable. With the Russian economy additionally hammered by the oil price drop, this begins the true test of his presidency.

On Wednesday, Russian President Vladimir Putin made his first direct appeal to the nation since the beginning of the coronavirus pandemic. This was Putin’s most somber address to the Russians in his two decades in power, with the Russian leader essentially admitting that the country faces a grave economic crisis due to the spreading coronavirus disease and an imminent global recession.

In a televised address, Putin called on the population to stay home for safety and mandated national paid leave for all non-essential workers until April 5.  However, the main emphasis of his speech was on financial and fiscal measures to sustain ordinary people’s livelihoods and help small and medium-sized businesses survive the crisis.

The measures focus on providing additional safety nets for families with children, people who go on sick leave and those who could lose jobs. For example, the minimal unemployment benefit will be increased from 8,000 to 12,000 rubles a month. Putin announced tax and credit holidays for small and medium enterprises for the next six months and promised permanent reduction of some taxes on SMEs.

Probably the most crucial – and largely unexpected – part of Putin’s address was the announcement that the government will ramp up taxes on the wealthy and super-wealthy Russians in order to redistribute the money to those in need. Offshore income tax will be raised from 2 to 15 percent.

Also, bank deposits over one million rubles will now begin to be taxed. Putin’s decision to make the wealthy Russians cough up the money may indicate that the Kremlin now sees the real prospect of  Russia’s accumulated financial reserves rapidly burning out.

Just a few weeks ago, on March 1, Putin sounded quite confident in that regard, asserting that the Russian government has enough financial firepower to ensure economic and fiscal stability. However, since then the benchmark price of Brent crude further slid from $50 to $29 per barrel and will likely go down even lower.

If the global economy enters a prolonged depression, Russia’s finances will be hit hard, considering that roughly one half of the Russian government’s revenues come from the oil and gas sector.

Under an unfavorable global economic scenario, the one that seems increasingly realistic, the roughly $700 billion the Russian government holds in foreign exchange reserves and in the sovereign wealth fund may not be enough to weather the crisis. Hence extra taxation is needed in order to avoid the disastrous depletion of Russia’s state coffers.

Another reason for Putin to end financial privileges for the wealthy may be political. This could be intended as a populist gesture to the ordinary Russians that the Kremlin will not spare oligarchs when people and small businesses suffer during the crisis.

The move to tax the rich is what distinguishes Putin’s anti-crisis response from emergency measures taken in most other major economies whose governments deploy stimulus packages and money handouts to citizens.

However, one has to wonder whether he actually believes himself on this. Initiated just a couple of months ago with the intention to consolidate Putin’s state, the Kremlin’s constitutional changes have now become largely irrelevant. Putin’s future, and the future of the political system he created in Russia, will now hinge upon how he steers Russia through this perfect storm.

In the short term, Putin looks relatively safe. He will be helped by the rally-around-the-flag effect, similar to the one that is now driving up the ratings of Donald Trump. The longer-term impact of the coronavirus crisis for Russia’s future is much more uncertain.

One particular risk for Putin is that the Kremlin’s emergency measures to tax the well-off will alienate from him the moneyed classes while failing to appreciably support the ordinary people and small businesses.