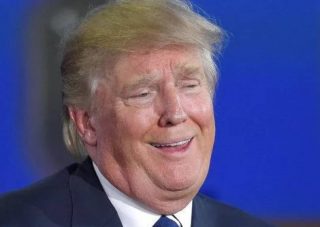 Not so sure when this major pandemic crisis will be over but for sure things have to change, must change henceforward.

The pandemic proved that America is as venerable as any nation notwithstanding our $850 Billion annual budget for our military that does not translate or add to the health and safety of the nation and it proved that the health of Wall Street does not translate as the economic health of the nation and it proved that the deal we did with China ( closed our factory to import from China) in exchange for the Chines to invest in our Treasury bonds was stupid and reckless, if not criminal on the part of Congress and both Democratic and Republican Administration. 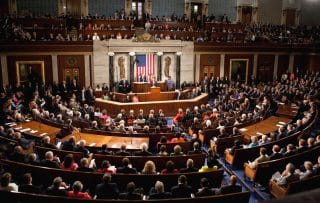 But then first thing first;

This crisis if anything proved the incompetence, even indifference of our political system to our needs as a nation and such system and for decades has shifted from servant of the people to servant of the corporation and the financial institution, that prevented both Administrations and Congress from serving the people to shifting the priorities to Wall Street and major corporations. It is proved that our neoliberal capitalist system that requires frequent bailout is a failed system.

It is simply unconscionable that a House seat per candidate will cost $2 million every two years and a Senate seat will cost $25 million per candidate every six years. It is also unconscionable that as a nation we spend up to $5 Billion on national, state and local elections in presidential election year more than the combined costs of election for the entire world. That simply must change and we can do it not through a Constitutional amendment which will never be voted on in Congress but by taking local actions on the state level.

• Ensure that we vote out an office, members of the House, no matter how good they are after 5 terms (10 years) in office, simply vote them out. The same for members of the Senate two terms (12 years) are more than enough and out.
• Make sure we do not vote for any candidate that receives funding from out of state or out of the district, making sure that powers and influence from out of state or district play no role in choosing local or state candidates. We don’t need false lying TV ads but we need the candidates to show for local scheduled debates without professional pundits making the case for them.
• For sure we need to dismantle the power structures of both Republican and Democratic Party by hook or crook. As for the Democratic Party, I suggest that we simply abandon the old Donkey party for a new “Democratic Socialism Party” and lead forward with the vision and mission of the FDR and his New Deal. He served our country in the past with his vision can be the core of the new party for the future.
• Must push for term limits for All federal judges including the US Supreme Court with a maximum of 12 years similar to the proposed for the senate.
• Voting days must be national holidays to be held on Sundays like in Europe. To allow for maxim public participation and ensure that elected officials are voted in by a majority of voters not what we see when presidents or members of congress are voted in office by less than 30% of eligible voters.
• No members of Congress or administration is allowed to accept any funds from lobbyists or issue-oriented PAC.
• Overhaul the entire tax structure so that no company avoids making tax payments as we see now with 100 of the Fortune 500 paid no taxes last year. No more bailout for Wall Street or corporations.
• Congress to enact a universal health care system that covers All employees and workers add to that paid sick leave this should cover all hourly wages employees working for big corporations such as Whole Food, Amazon, McDonald, Papa John Pizza and retailers such as Hobby Lobby, casinos, and cruise liners if they operate in US waters.
• These much-needed changes do not require constitutional changes but voter participation and finally taking charge of the political process.

Next America’s health and economic