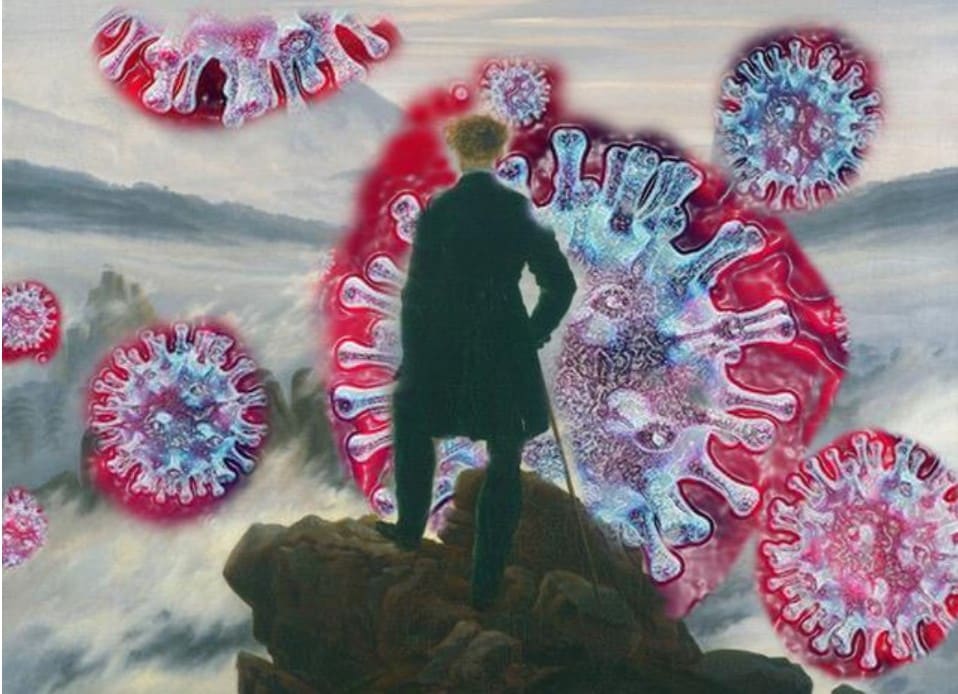 In its war against the terror of the Corona virus, the world has united in its determination to lock down its human inhabitants, hoping that Covid-19 will show some empathy and voluntarily evaporate.

We have been trained to think that winning a war entails killing the enemy but most scientists admit that Corona isn’t exactly a new Hitler or Bin Laden. Though viruses carry genetic material: they reproduce and evolve evolutionary, they lack some key characteristics typical of life organisms such as cell structure. Most biologists consider viruses as ‘organisms at the edge of life’ as opposed to ‘live organisms.’ Accordingly, our new little global enemy can’t be ‘killed’ for the simple reason that it isn’t alive.

It is reasonable to believe that the battle with viruses and with Covid-19 in particular, is a struggle inflicted on us and that humans cannot escape the battlefield.  We may prolong the battle by locking ourselves down. We may even produce a vaccination or find a cocktail of available medicines that successfully tackle severe respiratory symptoms, but the grim fact is: Corona is not going to give up. It will continue to be  waiting for us behind some corner. This is the law of nature, and as far as Corona is concerned we, despite our incredible technological achievements, are still part of nature.

Two existential realisations are crucial in light of the above: 1. Many things, including life itself, are inflicted on us. We do not choose to be in the world, we do not choose who we are; our genes, DNA, the list of gifts and faults that make us into what we are, are in most cases imposed on us by the act of birth. We are often locked into situations that are basically forced on us. This includes being thrown into the world as well as being taken away. We may as well be upset by the fact that the sun rises in the east or by the shortening days of the winter. Being in the world is a form of acceptance or even surrender.

2. If Being in the world is a form of acceptance, we may have to accept that Covid-19 has become an integral part of our lives, we cannot kill it, we cannot win it over:  we might have to accept it and learn to live with it.

The question that this raises is how to live with a persistent biological agent that insists upon killing some of us and that we cannot really fight back?

The most obvious place to look is at similar battles in the past.

The Spanish Flu pandemic that spread throughout the world in 1918 and killed between 17 to 100 million people is a natural place to start our query. The H1N1 virus that presumptively caused the Spanish flu influenza wasn’t really defeated. It wasn’t ‘killed’ so to say.  It was actually we who managed to survive it, at least for a few decades till it mutated into a new strain around 2009 and was known as the Swine Flu. It is estimated that between 157.000 to 575.000 died in the 2009 Swine Flu crisis. Again, we humans learned to live with Swine Flu. Many of us experienced the menace of this vile disease, but survived. Most of us who survived the Swine Flu pandemic have developed the necessary biological means to cope with the current strain of H1N1 until  further notice.

The Swine Flu pandemic spread death at a frightening exponential rate until it reached a magical point where the curve suddenly started to flatten. When the curve changes in the right direction we are relieved to discover that the biology that sustains our existence has found the means to defy the threat. We are, in short, subject to this war rather than active players.

Covid 19 may be ten times as deadly as the seasonal flu but there is little we can do to defeat it. We can use different strategies that may slow the epidemic and lessen the pressure on our front line medical services. We can shield, as we should, our elders and most vulnerable. But this virus will stay with us forever and maybe it is time for us to learn to accept that this state of affairs is the law of nature and we, despite our technology and brilliance, aren’t just part of nature, we are also subject to nature.

When we are released from our current lockdown imprisonment we will meet a very different world. It will be a hesitant universe. Our confidence in our science, politics, technology is going to be shaken. Every aspect of life is going to be changed. Many of us will continue to work from home. Many of us won’t work at all and may never work again. Public transport and civil aviation will change radically. We will have to accept that more and more violent viruses are waiting to inflict pain on us.

The only way to cope with this nightmarish transition as a human species is to accept viruses, to accept that we are each merely a piece of biology. We are thrown into the world for a limited time, we may have to have the modesty to respect the fact that this world is far greater than we are. It was there before us and it will stay long