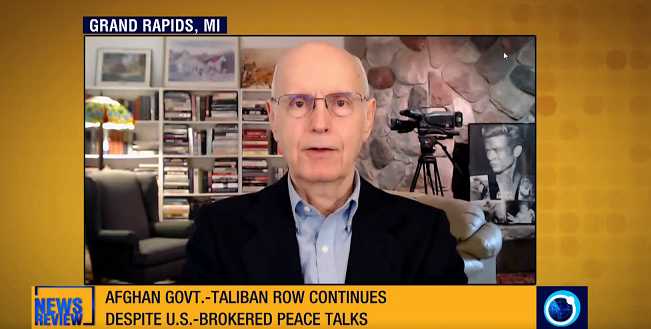 [ Editor’s Note: The only reason for refusing to begin negotiations at this point is to exploit the divide and conquer game being played by the Taliban. It’s first reward was its getting away with doing all the initial negotiations with the US only.

The second was stiffing the Kabul peace negotiating group by claiming it was not broad enough. This is the same Taliban that refused to talk to Kabul at all in the initial round and seems to be sticking that strategy of “exclusion”.

Trump wanted a gold star for solving the US quagmire in Afghanistan to display during his reelection campaign. The jihadis were expecting Trump would put the squeeze on Kabul to make concessions, but it was Pompeo that delivered the bad news on the billion US aid cut.

Notice that the US did not announce a cessation of its troop withdrawal until the two sides were making real progress toward a peace settlement. Instead the Taliban is back to negotiating by attacking and killing the Afghan army, including a major attack on a police compound and killing the commander there.

Ho Chi Minh is famous for his great prediction on the Vietnam war. “You will kill ten of us for every one of you that we kill, but in the end it is you who will tire of it.” He was right, and so may be the Taliban… Jim W. Dean ]

Taliban militants have killed at least six Afghan soldiers in an attack in southern Afghanistan, a day after rejecting negotiations with the government’s team.