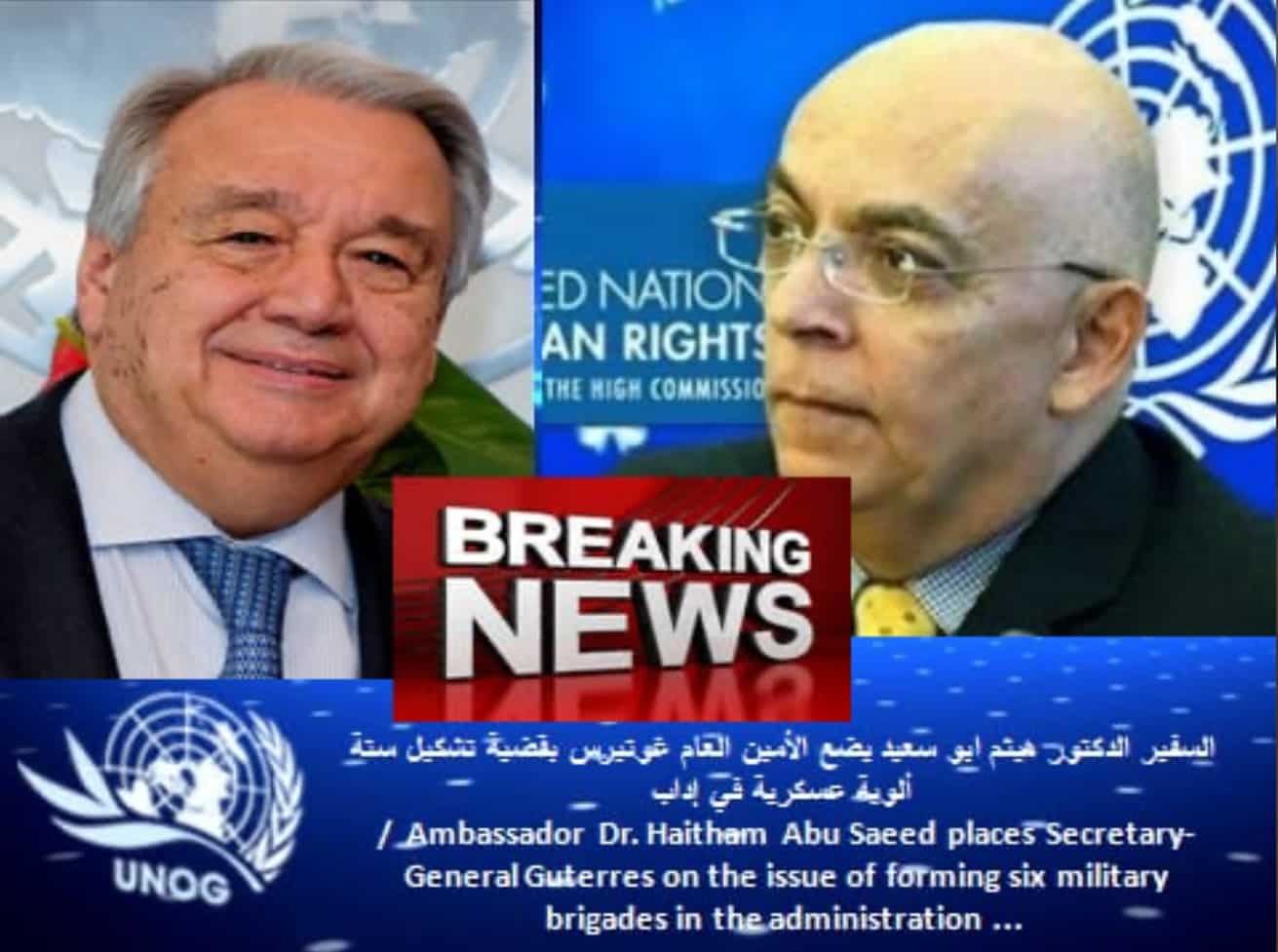 VT Beirut/Geneva: The European Security and Information Service: Turkey has many and dangerous options in the face of America …

In the context of events and regional developments, especially what is happening on the Syrian and Turkish arena, the Secretary-General of the European Department for Security and Information Ambassador Dr. Haitham Abu Said said that Turkey has great prospects and data in its response to the American campaign

To find that the officer who put his hand with elements of his on a large amount of Iraqi gold during the invasion of them in the recent war under the pretext of the Iraqi nuclear weapons.

The information also indicated that the members of the intelligence cells headed by Rev. “Bronson” entered Turkey with different professions and different nationalities.

In a related context, Ambassador Abu Said said that the European Union is not satisfied with the US campaign against Turkey due to several reasons including the deterioration of the Turkish currency.  The economic siege will make Ankara solve political and economic solutions.  It will put the calculations of Ankara elsewhere and therefore may fail.

The Secretary-General concluded by pointing out that war intimidation was out of the question on both sides and called for arbitration of wisdom on this issue. It was said that things would slip away and that the consequences would be ignored.

Commissioner of the Middle East congratulates the High Commissioner: to continue the proceedings against States outside the International Covenant …

In a separate context, Ambassador Abu Said pointed out that the general situation in the Middle East is uncomfortable and everyone is complaining about it. However, one fact is that these countries do not want to respect the basic rights of citizenship stipulated in the UN Charter, and they bear all responsibility for all its implications.

The statement concluded that the International Committee for Human Rights closely follows the upcoming events in the province of Idleb, noting that it received an official statement indicating the number of fighters of armed groups in Syria, which may be a time bomb intended for exploitation at the political level, especially the statements of the US and some Western countries including “Israel” is working to do so for these groups terrorist act takes the case to square one in the events taking place in Syria.
Information Office

The International Commission on Human Rights that the events in the city of Basra failed to all government organs in all the accumulated crises, especially and all the cities of Iraq in general.

In a communication with the Middle East Commissioner of the ICRC, Ambassador Haitham Abu Saeed, Haidar al-Shara expressed deep concern about the deterioration of the humanitarian situation in the city of Basra and the increase in government violence against demonstrators.

In a dangerous precedent, the ICRC’s field sources confirmed that large numbers of US troops had landed at the Taji military base and buried nuclear radioactive waste, which would have negative effects on the environment, the most important of which is the spread of certain diseases, especially cancer, in violation of Iraq’s sovereignty and in violation of international laws and customs.

The International Committee on Human Rights also called on the government authorities not to harass demonstrators and to deal with them according to legal mechanisms and in accordance with the principles of human rights and in accordance with the public interest that requires it, and not politicize the demonstrations warning of the oppressors and seize opportunities to hunt in troubled water.

Ahwaz and confirms its possession of information.

The International Human Rights Committee (Geneva Office) condemned the bombing on Saturday, September 22, 2018, in the city of Ahwaz, which took place during a military parade by the Iranian army by four gunmen, killing twenty-six people and injuring 60 people, Of women and children, were there to watch the show.

The Commission came from the Iranian authorities and the martyrs of the martyrs, wishing to reveal the circumstances of the painful incident.

In a related context, the Office of the Commissioner of the Middle East Committee of Dr. Haitham Abu Said told the International News Agency for Human Rights that he has information on the implementing agency and to the party to which they belong, and accordingly called for all parties to calm the situation in the Middle East and restraint from all parties and agree on the wording Compatibility.

The International Committee on Human Rights after meeting with the official of Arab relations in Hezbollah: the human encounter in the work of each of his position …
The Middle East Commissioner for the International Human Rights Committee, Ambassador Haitham Abu Said, accompanied by his strategic advisor, Brigadier General Hassan Bashroush, and Media Office Ali Ahmad and Issam Al-Khatib, met with Hezbollah’s Arab Relations Officer Sheikh Hassan Ezzedine at his office in Beirut.

The meeting discussed the local and regional Arab and Islamic issues and the situation resulting from the violation of the rights of the individual and the indifference to international agendas by some countries that tried to take the international bodies and tribunals to serve their own interests without being aware of the consequences of their actions.

Ambassador Abu Said also described Sheikh Ezzedine as Israel’s role in the field of communication and security and the work it has done with some international organizations in order to control the security of countries with a torsional framework that is not subject to or circulates in its airspace.

For his part, Sheikh Ezzedine welcomed the work that was put forward and stressed the need to coordinate each of his positions in order to activate the humanitarian issues that were discussed in the service of the societies that want to live up to their condition and people, stressing that this comes in the application of the basic concepts of the Islamic religion based on full justice.