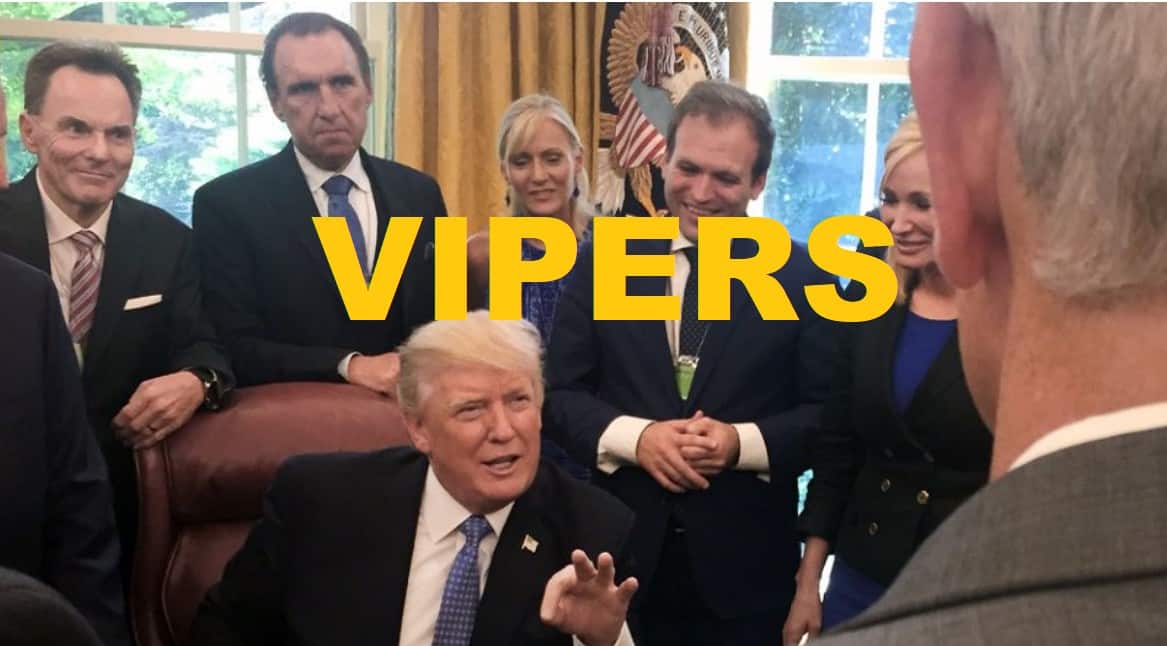 Howard-Browne turned himself in on Monday to Hillsborough County Sheriff’s deputies, who charged him with unlawful assembly and violating public health rules for continuing to hold his theatrical church services in violation of coronavirus-related ordnances.

The pastor, who personally “laid hands” on Trump at the White House in 2017 and who vowed earlier this month to keep his church open during the epidemic “because we’re raising up revivalists, not pansies,” posted $500 bail half an hour after he was arrested.

Despite being warned by authorities at least once that he would face consequences for flouting the suddenly-ubiquitous new rules, the pastor held not one but two massive services at his The River at Tampa Bay megachurch on Sunday. He even provided bus transportation to the massive facility, where he holds court over the 4,000-odd members of his congregation.

The county’s “safer-at-home” order, adopted on Friday, forbids gatherings larger than 10 people and requires individuals to maintain six feet of social distancing at all times.

Howard-Browne defended his church as “not a non-essential service” in a Facebook post titled “End of Days Part III,” insisting he was not some kind of coronavirus-denier.

“I’m not again negating that people are dying from the coronavirus. We’re not saying that just saying that the thing is blown totally way out of proportion,” he said.

“As the church goes, so goes America,” he continued. “And don’t tell me they’re just going to put us all online. if you think we’re just going to go online or whatever, you’re smoking crack. That’s not how this thing works.”

However, the Hillsborough County sheriff took a dim view of the revivalist’s pious disobedience.

“We would never impede someone’s ability to lean on their religious beliefs as a means of comfort, but practicing those beliefs has to be done safely,” Sheriff Chad Chronister told a press conference on Monday, slamming the pastor’s “reckless disregard for human life.”

Last month, Howard-Browne bragged about having “cursed” the mosquito-borne Zika virus out of Florida and promised to “do the same thing with the coronavirus,” acknowledging at the same time that his powers had limits: “I can’t be responsible for every city, or whatever.”

Howard-Browne has already told his parishioners he’s in it for the long haul, declaring during a sermon earlier this month that he is “not stopping anything. I’ve got news for you, this church will never close.”

The only time the church will close is when the Rapture is taking place.

The county’s “safer-at-home” order requires residents to remain at home unless they are buying groceries, medications, or gas or seeking medical treatment, or unless they work in some “essential” business. Violators can be punished with a $500 fine or up to 60 days in jail, or both.