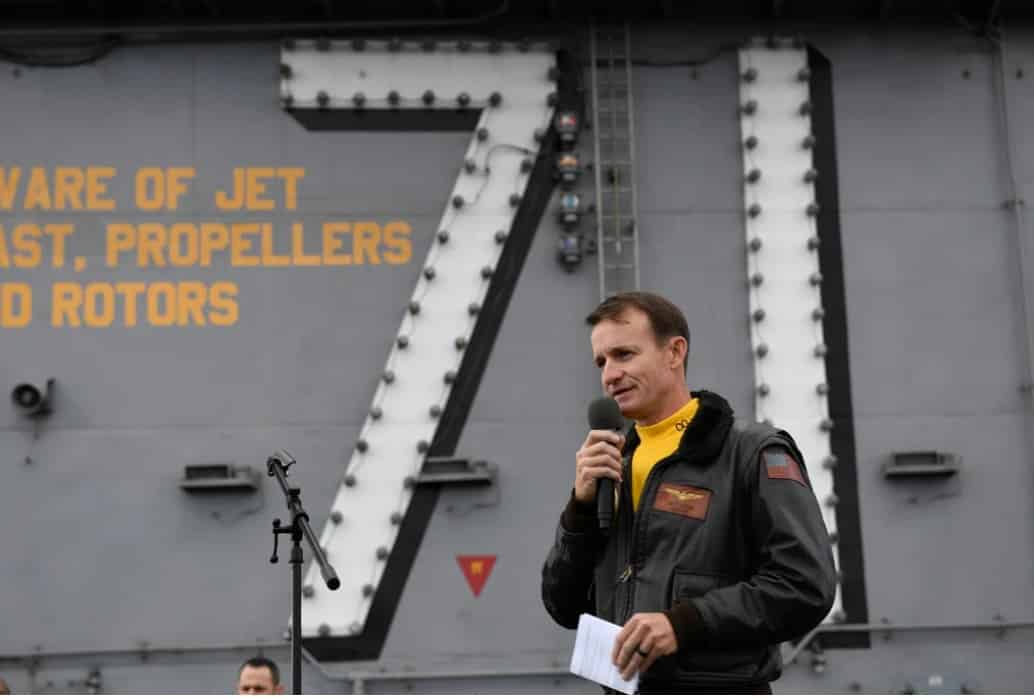 Disgraced President Trump: “He shouldn’t be talking that way in a letter,” the president said of Crozier. “I thought it was terrible what he did.”

NY Times: Capt. Brett E. Crozier, the Navy captain who was removed from command of the coronavirus-stricken aircraft carrier U.S.S. Theodore Roosevelt, has tested positive for Covid-19, according to two Naval Academy classmates of Crozier’s who are close to him and his family.

A Navy spokesman declined to comment on Crozier’s Covid status.

The commander began exhibiting symptoms before he was removed from the warship on Thursday, two of his classmates said. Crozier was fired following a leak to The San Francisco Chronicle of a letter he had emailed to Navy leaders that detailed the failures on the service’s part to provide the necessary resources to swiftly move sailors off the carrier and disinfect areas on board as the virus spread through the ship.

Thomas B. Modly, the acting secretary of the Navy, said he had lost confidence in Crozier’s ability to command the ship effectively as it dealt with the evolving crisis after Crozier sent the letter on an unclassified email system to 20 to 30 people. Sending such a letter, Modly said, caused unnecessary alarm about the operational readiness of the ship and undermined the chain of command. “In sending it out pretty broadly, he did not take care to ensure that it couldn’t be leaked,” Modly said. “And that’s part of his responsibility.”

In a briefing Saturday, President Trump offered support for Modly’s decision. “He shouldn’t be talking that way in a letter,” the president said of Crozier. “I thought it was terrible what he did.”