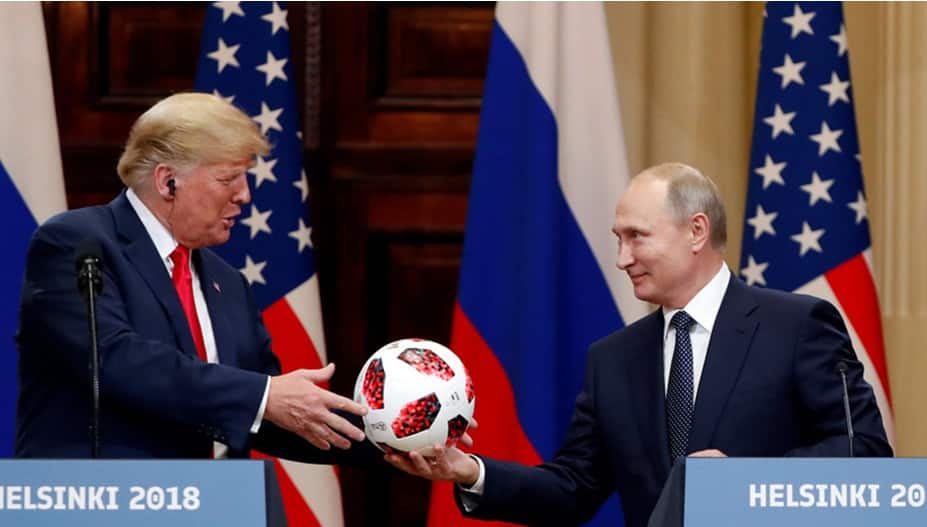 By Bohdan Lystsia for VT

Rosneft announced its departure from Venezuela and the sale of assets in local oil production and refining projects. This event almost coincided with the declaration of war by senior US leaders to “corrupt individuals” from the Venezuelan government. The Pentagon sends ships, planes, helicopters and coast guard boats to the Caribbean Sea. Russia’s top leadership is in a hurry to get rid of assets in Venezuela because it knows that Venezuela will be subjugated by the Americans in the near future, and Russia will not prevent this. At the same time or shortly thereafter, Russia will receive Ukraine.

In fact, there is an exchange. Trump takes Venezuela, and Putin does not interfere. Putin takes Ukraine for himself, and Trump does not interfere with this. According to the Monroe Doctrine, the United States considers Venezuela and the entire Western Hemisphere a zone of its interests, where European states do not have the right to intervene. Putin believes that Ukraine should be annexed to Russia. Ukraine was part of the state of Kievan Rus, the Russian Empire and the USSR.

Zaporizhzhya (Ukrainian) Cossacks played a big role in the history of Ukraine. Also, these Cossacks played a large role in the history of Venezuela. Venezuela and some other Central American states were founded by the descendants of Ukrainian Cossacks. In the 17th century, piracy flourished in Central America. Part of these pirates were Zaporozhye Cossacks. European rulers often hired Zaporizhzhya Cossacks because they were very good warriors. At that time, ships often sailed between Europe and America. Cossacks came to America and engaged in piracy there. Piracy was the usual occupation of the Cossacks. In Ukraine and in Russia, such activities were called “campaigns for zipuns.”

Flags of Venezuela, Colombia, Barbados are of Ukrainian origin. The flag of Barbados shows a trident, the coat of arms of Ukraine.

Caracas is the capital of Venezuela. The name “Caracas” comes from the Cossack language and means “Black Cache” (or “Black Bag”; money or cache was carried in bags).

In Caracas, pirates of the Caribbean kept gold and other valuables obtained by them during the robbery of Spanish ships, so they called this place “Black Cache” (Caracas). The name Caracas is close to the name of the city of Cherkasy in Ukraine, which has the same meaning. Cherkasy is the original name of the Cossacks themselves. Cherkasy Cossacks are people with black bags or black cash desks or black money.

Caracas is a “black cache” or “black money”. Symbolism: US President Donald Trump accused the authorities of Caracas (Venezuela) in receiving money from the drug trade, i.e. in getting them black money. The name Caracas speaks for itself – it is “black money.” In other words:

Caracas is to blame for the fact that he is Caracas

Black money is to blame for the fact that it is black money.

Near Moscow, a huge amount of firewood is being prepared that is intended for the military. This means that authorities expect a blackout in Moscow of electricity, communications and gas. Electricity, communications and gas can be disconnected in Moscow only in the event of a major war or planetary disaster, for example, the fall of a large asteroid on Earth. The military will use these firewood for heating and cooking. When martial law is introduced in Russia, the military will be provided with everything necessary.