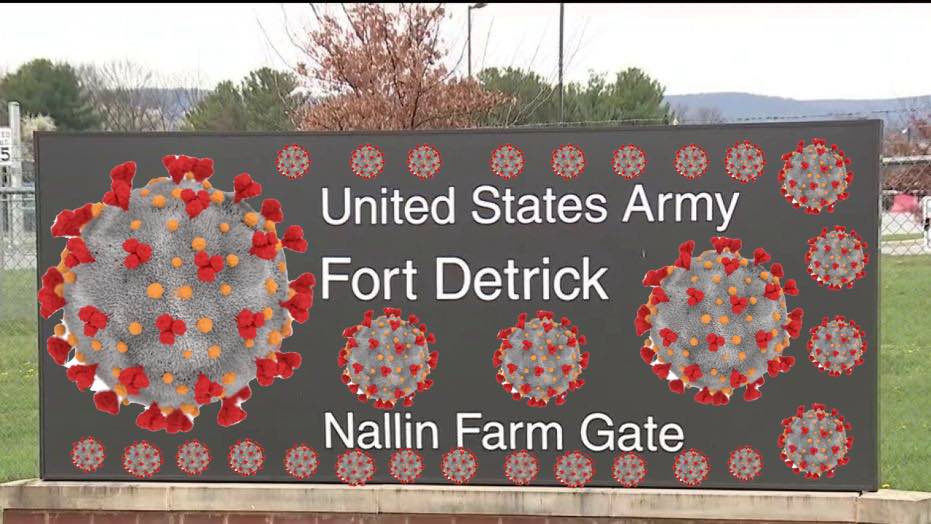 “If that is the case, they may not have expected the blowback,” Kevin Barrett said in an interview with the Balkans Post, adding, “They may have thought that like SARS, bird flu, and swine flu, among other earlier U.S. biological strikes on China, Covid-19 would remain contained and do most of its damage in the target countries.”

The following is the transcript of the interview:

Balkans Post: The coronavirus has spread widely across the United States in spite of the fact that the U.S. could have prepared itself better for the pandemic. So, what went wrong?

Kevin Barrett: Why was the U.S. government response to the Covid-19 epidemic so slow and clumsy? Part of the problem is Donald Trump’s mercurial egomania. Trump set the tone for the entire country by minimizing the problem and continuing to insist that “we have everything under control” through late March, even though measures should have been taken in January or early February at the latest—measures such as quarantining travelers from China, manufacturing or otherwise obtaining large quantities of tests for Covid-19, and using those tests on people with flu symptoms and on representative cross sections of various U.S. populations.

Trump has remained in denial about the coronavirus because he dreams of running for re-election during an economic boom. That obviously isn’t going to happen, but Trump has been very slow to face reality.

So, the innocent explanation is that Donald Trump is an idiot and the U.S. medical-industrial complex is dysfunctional. No reasonable person would argue against either assertion. (Trump’s foolishness is on display almost every day; and the U.S. spends about twice as much per person on health care as the second biggest spender, Germany, yet trails other rich countries in health indices including life expectancy.)

But there is another, less innocent explanation: The Trump administration is waging all-out hybrid war on China and Iran, and it is quite likely that U.S. state actors unleashed Covid-19 on both countries as part of that war. If that is the case, they may not have expected the blowback. They may have thought that like SARS, bird flu, and swine flu, among other earlier U.S. biological strikes on China, Covid-19 would remain contained and do most of its damage in the target countries.

BP: You have said that coronavirus may or may not be a deliberate biological weapon attack. Could you elaborate on the possibilities?

Kevin Barrett: The U.S. has waged biological warfare against China, Korea, and Cuba, among other countries, and on its own Congress in 2001. I discuss some of the details in this article: https://crescent.icit-digital.org/articles/us-biological-warfare

So, there is historical evidence that some U.S. decision-makers sometimes make reckless, ill-advised decisions in ordering biological warfare attacks. The neoconservatives, who dominate the Trump Administration just as they dominated the Bush Jr. Administration, were behind the anthrax attacks, which cowed Congress and the press into going along with the neocon 9/11 coup agenda. As the neocons themselves admitted in “Rebuilding America’s Defenses” (September 2000) they looked forward to the not-so-distant day that ethnic-specific biological weapons would become “a politically useful tool.”

Might the neocons see Covid-19 as a “politically useful tool”? John Mearsheimer has explained why the destruction of the globalized world economy would be necessary for the U.S. to hold onto its primacy:

“In brief, if China continues its rapid economic growth it will almost certainly become a superpower which means it will build the power-projection capability necessary to compete with the United States around the globe. (If China) merely continues growing economically, it will eventually become so powerful that it can just get its way in Asia. Its hegemony will be a fait accompli. What is America’s best strategy for preventing China from dominating Asia? …All of this tells us the United States has a profound interest in seeing Chinese economic growth slow considerably in the years ahead. That outcome might not be good for American prosperity, much less for global prosperity but it would be good for American security which is what matters most.” https://nationalinterest.org/commentary/can-china-rise-peacefully-10204

So, the hypothesis that the neocons are trying to stop the rise of China, and further punish Iran, through Covid-19, seems reasonable. They may not have expected it to spread beyond the targeted countries, go global, and affect the U.S. It is hard to know for sure what a mutating virus will do. But they may also have envisioned this possibility and perhaps even welcomed it, since it provides a pretext for the further militarization of the U.S. as well as the destruction of the globalized economy that is the engine of China’s rise.

BP: You said that The United States waged biological warfare against its own Congress in 2001 with the anthrax component of the 9/11 anthrax false flag operation. How could you defend such claims against criticisms that would brand them as conspiracy theory?

Kevin Barrett: The term “conspiracy theory” is a weaponized expression invented by the CIA to smear critics of the (ludicrous) official version of the JFK assassination. Its purpose is to stop people from thinking. Those who use the term as an ad-hominem thought-stopper are implicitly admitting that they cannot argue the case on its merits. Those who refuse to understand that 9/11-anthrax was a neocon coup should read one or more of David Ray Griffin’s dozen or so books on 9/11, along with Graeme MacQueen’s The 2001 Anthrax Deception, and attempt to refute them. There have been no serious attempts to refute this material, for obvious reasons.

BP: What’s the evidence about the development of biological weapons by the United States?

Kevin Barrett: There is a vast literature on U.S. biological weapons programs. I reviewed three books on the subject here: https://crescent.icit-digital.org/articles/us-biological-warfare