Though the lawsuit does not fully enumerate instances when Fox News personnel characterized the virus as a hoax during the two-month period, it points to March 9 broadcasts by Fox hosts Sean Hannity and Trish Regan as examples.

On that day, Hannity said, “They’re scaring the living hell out of people and I see it as, like, ‘Oh, let’s bludgeon Trump again with this new hoax.’”

A Washington state group has become the first in the nation to sue Fox News over its coronavirus coverage, asking a state court to keep the cable network from airing false information about the pandemic.

It seeks an injunction to prohibit the conservative-leaning outlet from “interfering with reasonable and necessary measures to contain the virus by publishing further false and deceptive content.”

Reacting in a statement, Lily Fu Claffee, general counsel for FOX News Media, told Times of San Diego: “Wrong on the facts, frivolous on the law. We will defend vigorously and seek sanctions as appropriate.”

Arthur West, leader of the 3-year-old Washington League for Increased Transparency and Ethics, or WASHLITE, the plaintiff, said in a phone interview that its members have run into people who still believe earlier Fox News reports that the pandemic was a hoax.

(One board member was diagnosed with coronavirus, he said, asking the name be withheld.)

The case, filed at 12:13 p.m. Thursday, has been assigned to Judge Ken Schubert — with no hearing date set. West said the defendants haven’t yet been formally served notice of the case.

“That’s the real evil of this type of programming,” West said. “We believe it delayed and interfered with a prompt and adequate response to this coronavirus pandemic within the state of Washington.”

He also contends that commercial speech is involved, not private speech by members of the public.

The WASHLITE suit includes a request for relief under the state’s Consumer Protection Act, alleging Fox News violated the act by “falsely and deceptively disseminating ‘News’ via cable news contracts that the coronavirus was a ‘hoax,’ and that it was otherwise not a danger to public health and safety.”

In March 9 broadcasts by Sean Hannity and Trish Regan, “defendants acted in bad faith to willfully and maliciously disseminate false information denying and minimizing the danger posed by the spread of the novel Coronavirus, or COVID-19, which is now recognized as an international pandemic,” the suit says.

Last week, Fox Business Network said it officially “parted ways” with anchor Regan after what some called a rant against the “coronavirus impeachment scam.”

But Eric Goldman, professor at Santa Clara University School of Law and an expert on so-called SLAPP lawsuits, says this complaint looks like one — a strategic lawsuit against public participation meant to chill free speech.

“WASHLITE essentially accuses Fox News of false advertising because of its editorial misinformation,” Goldman said Friday via email. “For all of Fox News’ sins, they don’t engage in false advertising by broadcasting misinformation. As a result, this legal effort to punish Fox News could very well run afoul of Washington’s anti-SLAPP law. If the court deems this lawsuit a SLAPP, WASHLITE will be obligated to write a check to Fox News for its ill-advised lawsuit.”

“Many thousands of Americans will die because they relied on the misinformation broadcast by Fox News,” said Goldman, a board member of the Public Participation Project, working to pass federal anti-SLAPP legislation in Congress. “Historians will harshly condemn Fox News’ irresponsibility and gaslighting on COVID-19 (and many other subjects).”

Responding to the Goldman critique, West on Friday noted a 2015 high court ruling in Davis v. Cox that struck down the state’s prior SLAPP law’s summary proceeding as unconstitutional.

“Stripping this away, there is nothing effective left of the present statute,” West said. “Second, the CPA only requires a showing of a capacity to deceive, and is unique in this way.”

“Reasonable time, place and manner restrictions on speech have almost universally been upheld in the extraordinary circumstances where such measures are necessary to forestall a clear and present danger,” he said. “This is one such occasion.”

WASHLITE’s West says the case will be bolstered via discovery.

“We want to know when Fox News knew that the coronavirus was actually a dangerous thing, and we believe there is some evidence that … Mr. Murdoch and the staff running Fox News were implementing coronavirus protection measures for their staff … while at the same time they were broadcasting that it was a hoax.”

He said the case isn’t a choice between order and liberty.

“It is between liberty with order and anarchy without either,” West said via email. “There is a danger that, if the court does not temper its doctrinaire logic with a little practical wisdom, it will convert the constitutional Bill of Rights into a suicide pact.”

The suit follows in the wake of an open letter by scores of journalism professors assailing Fox News for “misinformation” that endangers its older audience’s health.

Elizabeth “Liz” Hallock, a Green Party candidate for governor, is the lone attorney for WASHLITE. She shared a Vox.com report on Hannity’s evolving statements on the virus.

“We’ll have time in discovery to siphon through what was presented on the network and how it was presented,” she said via email. “There’s no doubt in my mind the sentiment that the novel coronavirus was a hoax was recirculated on Fox News like bad air.”

She said this sentiment was repeated in her community and “made it exceedingly difficult to run a business that was trying to keep our facility clean and prevent the spread of the virus.”

West, 59, is an Olympia resident who says he makes a living as an open-government advocate. Other board members have experience in tough cases, he says.

But Katie Gillespie, president of the Washington state chapter of the Society of Professional Journalists, says she’s never heard of the group.

“The go-to sunshine org in Washington is the Washington Coalition for Open Government,” she said. That group didn’t immediately respond to a request for comment.

WASHLITE board member David Koenig prevailed in a Washington Supreme Court case in which he sought disclosures under the state’s Public Records Act.

West said the group is asking for nominal damages. 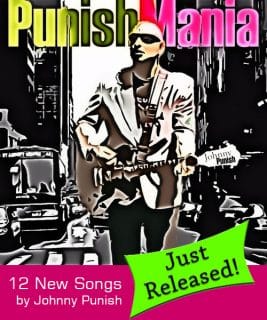 “We’re not doing this to make a million dollars,” he said. “We’re doing this because we seriously believe that Fox’s coverage was outrageous and intolerable and interfered with an effective response to the coronavirus.”

Why hadn’t they sued earlier?

The virus crisis has “disrupted everyone’s lifestyle and schedule,” he said on the phone. “This is pretty much the first time we’ve come up for air.”

He also defended having a single lawyer take on the news giant — No. 1 in cable ratings.

SOURCETImes Of San Diego
ATTENTION READERS
Due to the nature of independent content, VT cannot guarantee content validity.
We ask you to Read Our Content Policy so a clear comprehension of VT's independent non-censored media is understood and given its proper place in the world of news, opinion and media.