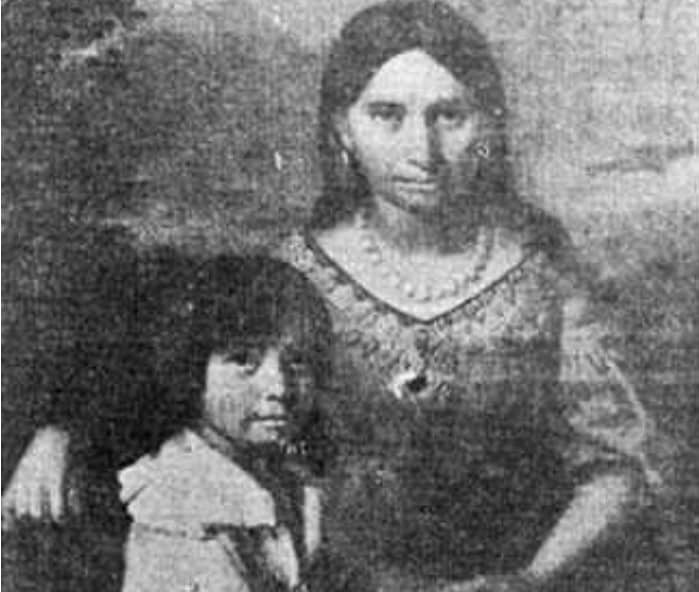 By Jenna MacSwain for VT

In what messed up universe is being called Pocahontas an insult?  Reading the recent letter from members of the Cherokee Nation to Senator Warren, I have been cast into reflection; and I have looked back through the three-pound hardcover edition of the compilation Three American Indian Women: “Sarah Winnemucca” by Gae Whitney Canfield, “Sacajawea” by Harold P. Howard, and “Pocahontas” by Grace Steele Woodward.

I understand and hear the objections of the authors of the letter to Senator Warren. Claims are very potent instruments of power and self-determination, of possession and property, of means of survival for a group of people.  As my mother’s daughter, I also understand that for an individual, claims are also powerful as our tie to history and family, our sense of identity, and in certain circumstances, a means of survival.  My mother is like Senator Warren, born in Oklahoma half a generation earlier. Senator Warren’s family had the power and privilege to pass down the story of their Cherokee ancestors through six or more generations, told parent to child at an early age in hopes that those ancestors would not be forgotten—a story that Senator Warren’s generation feels safe to tell openly.  In contrast, my mother’s family used silence and denial to hide an ancestry that was plainly written on our faces.  For a person of mixed ancestry, throughout our nation’s history, being claimed by father, by family, by tribe, could mean life or death.  My family’s story is lifted from national census information from the late 1800s and into the twentieth century and disassembled from false stories told to keep children from being taken.  As I attempt to speak of the complex yin and yang of pressing a claim for a Nation of People versus being claimed as an individual, it may seem that I am playing a game of semantics and that these are two very different definitions of the word claim.  They are not, and I am not.  These are two low dimensional slices through the highly complex structure of history, slices taken from different angles.

Senator Warren is not the only public figure to make claims of Native American ancestry.  Perhaps the “easy button” soundbite to call Senator Warren Pocahontas was influenced by prior incidences.  Winston Churchill at one point purported to be related to Pocahontas.  This unsubstantiated story was furthered by his son, who, on a trip to South Africa, incensed when asked to specify his race, wrote: “Race: human.  But if your object is to determine whether I have colored blood in my veins, I am most happy to be able to inform you that I do, indeed, so have. This is derived from one of my most revered ancestors, the Indian Princess Pocahontas, of whom you may not have heard, but who was married to a Jamestown settler named John Rolfe.”  There was also Wayne Newton’s campaign in the early part of this century to use forensic anthropology to find Pocahontas’s bones and bring her home from Grave’s End Church in England, where she was buried in 1617.  So strong was the pull of the story of his Algonquin ancestral connection passed down to him, and the force of the mythology of a woman who was Amonute, nicknamed Pocahontas, and the force of the personality and accomplishments of the real human being who lived over four hundred years ago.

Pocahontas’s life overlapped that of the English settlers of Jamestown by only ten years.  When she met John Smith, she was somewhere between eight and twelve years old.  He was an adventurer and soldier of fortune who claimed to have ten years of experience fighting in Europe, Africa, and Asia.  Many of the twenty-six-year-old Smith’s claims were viewed with skepticism by his contemporaries.  If he had any experience as a mercenary in Africa or Asia, it seems logical that he may have honed the technique of befriending a child emissary to learn the language and rough outlines of the local culture; a child who was old enough to be attracted by his charisma, but young enough not to have an agenda of her own—at least not initially.  Historical accounts paint a picture of Pocahontas befriending nearly every one of the more than one-hundred original Jamestown settlers.  There is doubt cast on John Smith’s story of her saving his life with a dramatic intervention, but there are archival accounts of her saving the lives of others of the colony, and credit given to the mature young woman for the overall survival of the colony.  I read settlers’ descriptions of her, a stunningly intelligent adolescent, curious about the strange stunted and bearded creatures who were building their structures in a place previously abandoned due to the frequency of hurricane landfall.  She is unstoppable in the face of her family and community’s antagonism toward the new arrivals.  Older generations of her tribe and their neighbors had already seen a hundred years of pirate ships and English privateers stealing their young boys to be sold into slavery in the Caribbean while leaving behind the curse of influenza and smallpox.

I think of the ruminations that I have seen recently by David Brooks, Ezra Klein, and Malcolm Gladwell about identity, community, and tribe.  Ezra and Malcolm spoke to each other about the facets of identity that we claim in current day life in the United States and how easily these are manipulated by others and by our own fears and sense of being under attack.  David Brooks described how in the United States, we have moved from a community-focused people in the 1930s, to an individual-focused people in the 1960s and 1970s, and are now transitioning to a tribe-focused people whose tribalism manifests in all aspects of our lives, particularly in politics.  I think also about DNA.  Nearly all the base pairs that make up the human genome are identical in everyone.  It is only the tiniest fraction of our DNA that makes us uniquely individuals.  Our DNA is the only truly objective written human history, and it is a history told globally and collectively by all of us.

Jenna MacSwain was a scientist and engineer before turning to writing fiction.  She attended Caltech and Berkeley and worked for the kind of companies that aspired to build things like HAL9000 and the Holodeck.  Jenna is the author of A Slow Leap into the Sky, a novel about sex, love, and billion-dollar ideas in the beginning days of Silicon Valley.  She now lives in Cambridge, MA and studies block chains, quaternions, and quantum dots while dreaming of stories filled with brilliant and inspiring women.  For more information, visit www.aslowleapintothesky.com.