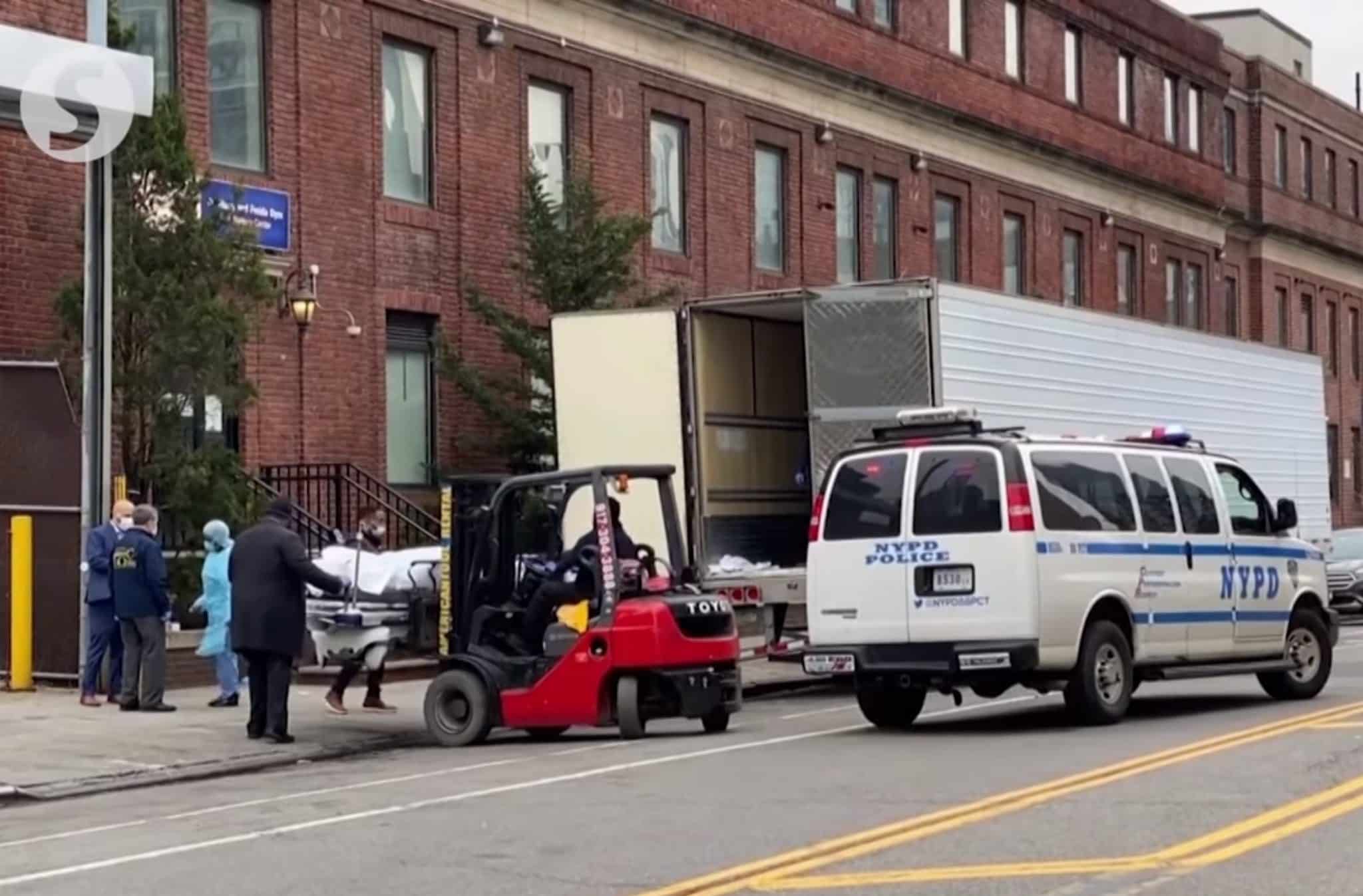 Some thought the worst military mission in American history was the Wounded Knee Massacre.  We may have Trumped it.  American military, under emergency powers, are seizing medical equipment which is being turned over to private companies by Jared Kushner and exported.

The only payment, and this is a suspicion, is in campaign donations, or so Salon is telling us.

They're feeding off the corpses of our loved ones.

VT has found that paramedics have been collecting COVID deaths, listed as “cardiac arrest” for weeks now.  The current rate in New York City admittedly 17 dead per dead.  VT didn’t come up with the idea that COVID deaths were undercounted, we did so with sources.

Fauci is covering for Kushner and Pence (we think Trump has had a breakdown) and lying about the real figures, in fact we absolutely know it.

While frontline American health workers go without & Palestinians are told to use their socks, Trump ships a million masks to israel's army https://t.co/gz1GyaK54K

The rationale was simple, people who died at home or in nursing homes, were not being counted.  How many is this in the US?  Have COVID sufferers with moderate symptoms simply died overnight, particularly those over 60 (children to VT’s staff)?

Doctors are saying this is common.  First responders, the very few asked, say they are picking up the dead.

Mostly we find threats, doctors and nurses threatened with firing and “blackballing” if they complain about anything.

So, when we found Kushner using the military under FEMA authority to loot medical supplied, masks, gowns and ventilators, unpaid for to be put in his personal “stockpile” for which there is no inventory, to be admittedly GIVEN to private companies…some for export…

Well, we know gun stores have lines around the block, we saw it on InfoWars.  What we also know is that we are now dealing with the most extreme case of government criminality in US history, mass murder, full wartime censorship and rule by organized crime.

Daily Beast: The coronavirus death count in New York City, already unfathomable, is expected to surge in the coming days as officials begin including people who have been dropping dead at home without an official diagnosis.

Emergency Medical Service data first reported by Gothamist suggests the undercount of individuals who have likely died from the virus is massive. On Tuesday alone, 256 people were pronounced dead at home across the five boroughs. Until this month, about 25 people in New York City were found dead in their homes on a typical day, suggesting that most of Tuesday’s calls were related to the outbreak that has already killed over 5,400 people across the state and infected 140,386 more.

According to New York City Fire Department data obtained by The Daily Beast, first responders have reported 2,192 “dead-on-arrival” calls over the last two weeks. On average, the department handled about 453 of those calls over the same period last year.

That data also showed that the number of cardiac or respiratory arrest calls has exploded, from 20 to 30 a day at the end of March and the beginning of April in 2019, to 322 on one day in April in 2020—with more than 100 calls every day since March 28. While 30 to 50 percent of those calls ended in a death in 2019, more than 50 percent of those calls have ended in a death every day since March 22 this year, with the percentage steadily rising to 75 percent as of April 5.

Daily Beast: Hundreds of times a day, New York City paramedics demonstrate that theirs is the most dangerous and heartbreaking job in the pandemic’s ground zero.

The danger comes with the extreme opposite of social distancing, the paramedics racing with lights and sirens to the latest COVID-19-related cardiac arrest in a city where the official death count for confirmed cases stands at more than 3,000, but some 175 more a day go uncounted when they die at home.

The first five days of April saw some 1,000 die at home. Some had been sent home from the hospital; others had visited a doctor or a clinic; some had just toughed it out. Few had likely been tested and therefore went uncounted. Each was pronounced dead by paramedics who first sought to save them and in so doing risked the very same fate.

“With CPR, you’re getting up close and personal,” a Brooklyn paramedic told The Daily Beast.

Unlike emergency medical technicians, the paramedics are certified to perform invasive procedures, starting intravenous fluids in veins and running intraosseous lines directly into bone with a device that sounds like a dentist’s drill. They also intubate.

“That requires you to get pretty much face to face, inches from the patient’s face,” said the Brooklyn paramedic, who asked not to be identified.

Heartbreak comes with a new protocol set by the Regional Emergency Medical Services Council of New York City, a nonprofit organization that sets policies followed by the FDNY EMS and private ambulances. Paramedics in the pandemic are instructed to cease their life-saving efforts after 20 minutes if there is no pulse, and they no longer transport the person to the hospital in those cases.