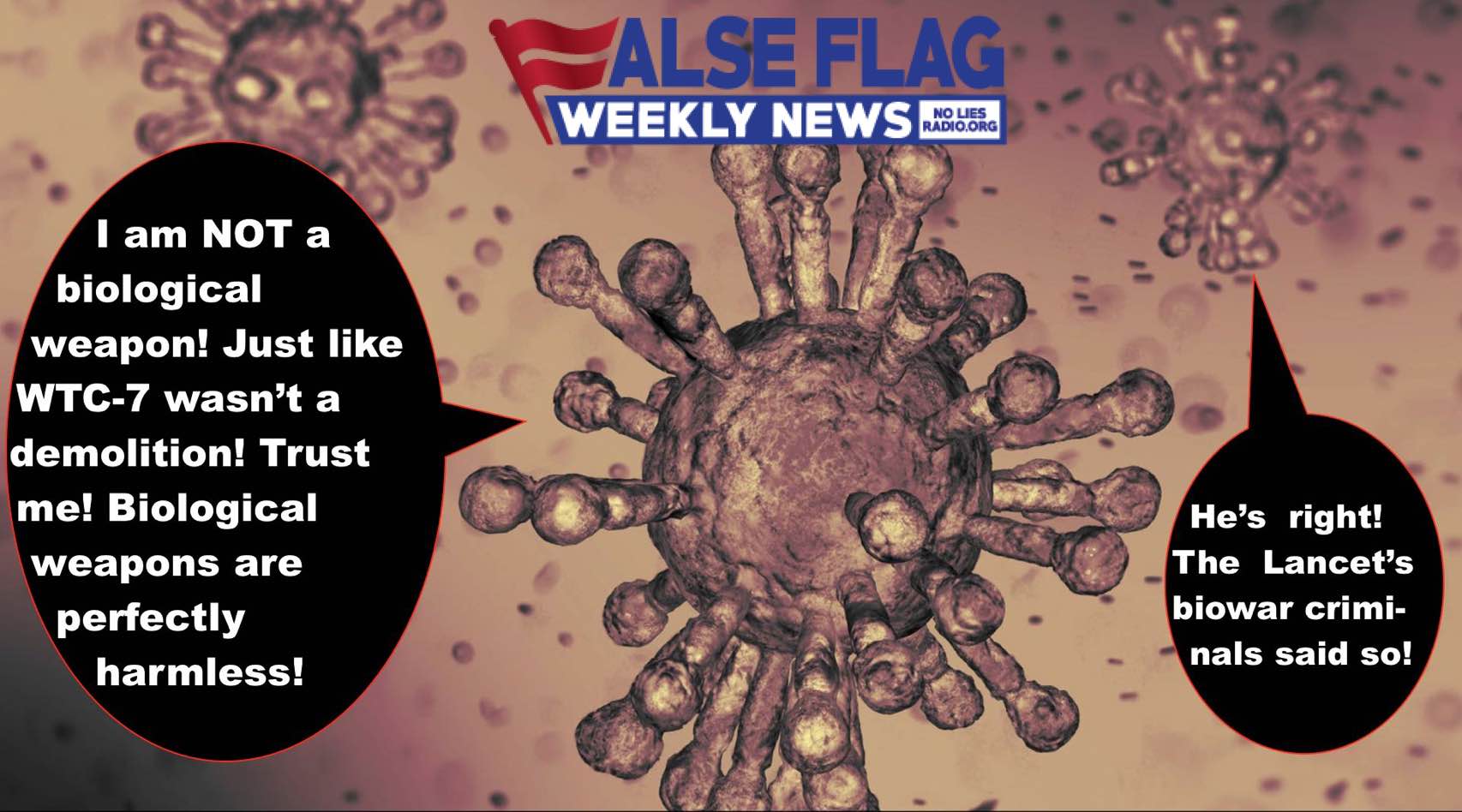 Check out all the stories we covered HERE.

9/11 was a manufactured crisis that gave the banksters an excuse to print trillions out of thin air for themselves and their friends, exit the dotcom bust, and blow an even bigger bubble.

That bubble popped in 2008, giving the 9/11 perps an excuse to blow a still bigger bubble via “quantitative easing”—a euphemism for multi-trillion dollar taxpayer giveaways to those same banksters and their friends. BlackRock’s CEO Larry Fink, who had blown up the pre-2008 bubble by leading the way in fraudulent subprime lending, was put in charge of doling out the trillions.

And now the coronavirus crisis, manufactured via a germ warfare attack on the whole world, is serving as the pre-planned excuse to hand Larry Fink the Fed, the Treasury, pretty much the entire global economy.

Will Larry Fink declare himself Messiah/Antichrist? Or are Kushner and Bibi still campaigning for that position?

Tune in to next week’s False Flag Weekly News for an update.