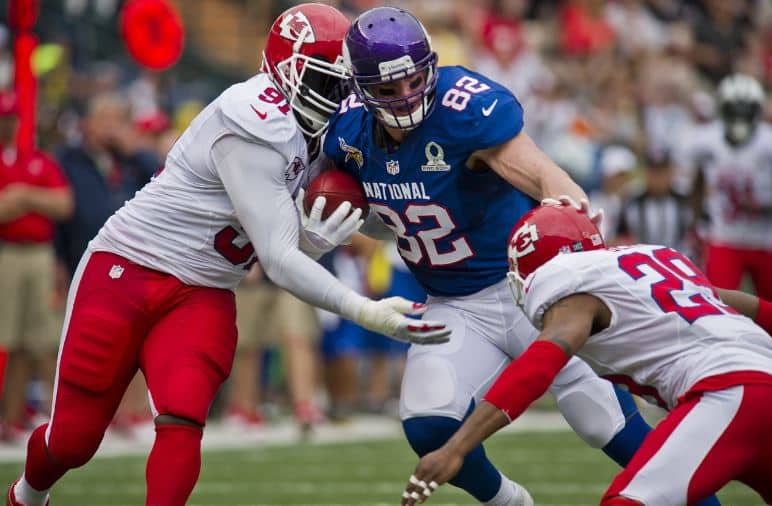 For the past decade, the National Football League has been drafting the best American Football players of all time. Some had made unforgettable remarks, leaving the sports industry in awe, while other names are still making quite a lot of noise.

Now the time has come for yet another draft for this year’s best players from different colleges and conferences. However, the NFL is also known to draft mediocre players that somehow left a mark in the industry.

As we wait for the 2020 NFL draft bets to commence, take a look at how this year’s top prospect players are compared when at their best or worst playing case.

We already know that everyone has their eyes set on LSU’s quarterback, Joe Burrow. Burrows’, at his top playing career, led LSU to be hailed as national champions. He is also a recipient of the Heisman Trophy Award.

Truly, Burrow is on top of the league. His records show all his best performances as a QB. That is why when Burrow is at his top playing condition, there is no doubt he will closely match up with Tony Romo.

Tony Romo is an exceptional quarterback who played for the Dallas Cowboys for 14 years and had a 4x Pro Bowl with a 97.1 passer rating. With Burrows combined mobility and accuracy, he is likely matched and compared with a Pro Bowl player like Romo.

The only setback for Burrow is his arm-strength, and many sports analysts projected that it might cause some issues during the league. Even though there is no apparent issue during his 2019 playing year in LSU, for this, Burrow is compared to Jimmy Garoppolo. However, Garoppolo’s precise passes are impeccable that missing a single aspect like arm-strength becomes unnoticeable.

The hype about Jeudy is all about his route-running capabilities that different sports writers and reporters laud about. His quickness and the ability to maintain the speed through different cuts marks Jeudy an astounding wide receiver.

All these abilities make him comparable to top wide receivers like Marvin Harrison and Andre Johnson. Others even compared him to Reggie Wayne. All these men have flexible lower bodies and stable core, which makes running for them an easy feat.

Being compared to Emmanuel Sanders for Jeudy’s worst-case only concerns his health condition. It was reported that Sanders had suffered from a rib injury, yet still played against the Falcons and looked healthy running to 157 receiving yards.

Sanders may not be the fastest, but he’s always open, which is similar to Jeudy. Reporters and experts look forward to having a healthy wide receiver playing this year.

Another great NFL draft candidate, Chase Young, has undoubtedly showcased his football prowess all-throughout his playing career in Ohio State. As a defensive edge, Young has an astounding sack record of 16.5 in 2019. His performance made him comparable to Cameron Wake, who made 100.5 sacks in 11 years.

Young is also compared to Julius Peppers with their similarities in height and weight. Both are beasts in the field- a combination of speed and power that few wide receivers possess.

However, it is not all about athleticism. Young’s worst-case comparison is with Whitney Mercilus. Although he is not as athletic as Young and only has a record of 50 sacks so far,  Mercilus is still an intelligent rusher just like Young. Without a strong secondary rusher, making an early production will be a problem for Young, an issue that Mercilus also experienced.

Comparing Clemson linebacker Isaiah Simmons to other professional football players is a bit difficult as Simmons is in an entirely different league on his own. According to various online mock drafts, Simmons can even play as a cornerback if possible.

Simmon’s excellent ball-playing allows him to play a different position if he wanted to. His versatility made a close matched comparison with LaVonte’s.

Another player compared to Simmons is Derwin James. James and Simmons have a wide array of skill sets, which makes them both competent in the field.

However, placement might be Simmon’s setback. Putting him around in coverage is useful, but Simmons is not built to be a middle linebacker. This goes the same for Myles Jack, who struggled when placed in the middle back. Utilizing Simmons as an outside linebacker and overall defense is crucial for his early year.

This year’s NFL top draft prospect players are making a buzz in the sports industry, which is why many are focused on different player profile comparisons. Even though these blossoming players have diverse playing styles compared to professional players, they are somehow similar in some aspects. It cannot be avoided that comparisons and matches arise. We can only look forward to how these top players will perform in the upcoming league.