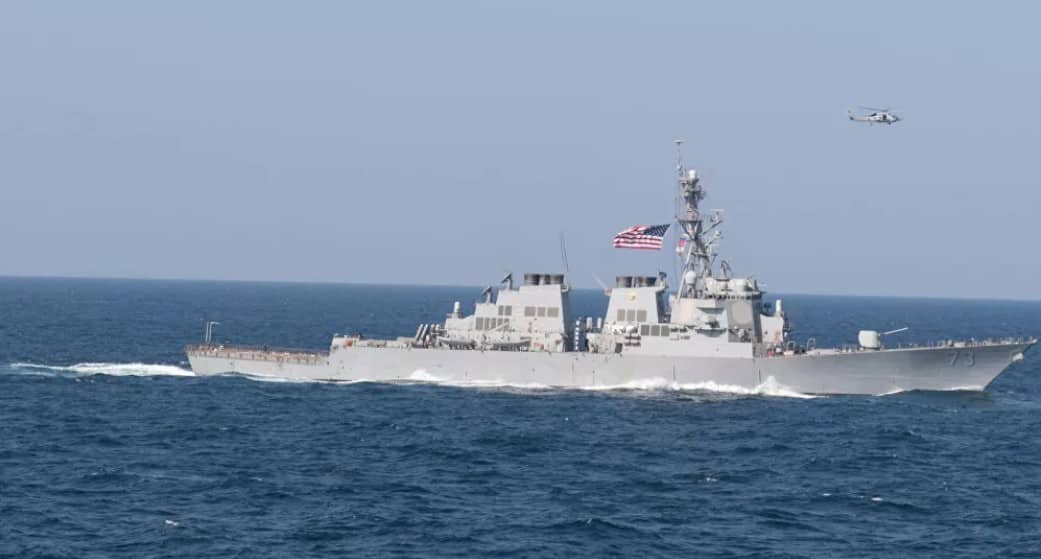 The story begins when they turn to the asskisser website, Task and Purpose, to put out their pack of horseshit.

On every subject, where there’s a need to cover something up, look to T and P.

A week ago, a Navy captain was fired over COVID 19.  He complained his crew was sick and Trump accused him of being a “complainer.”  Now he is fired and 600 on his ship are tested sick, one dead and another 2000 sailors “probable.”

This one is the same, but different. A commander of a destroyer had a breakdown but choose to turn off his transponder and hide out until it was fixed, telling the Navy nothing, as though he though they were crazy, just like the captain of the USS Theodore Roosevelt.

Sputnik/Moscow: A recently obtained investigation report from the US Navy has revealed the USS Decatur’s commanding officer was fired from his position back in January for reporting inaccurate location coordinates to the service.

Lt. Rochelle Rieger, spokeswoman for the US Navy’s 3rd Fleet, revealed to Task and Purpose on January 16 that Cmdr. John “Bob” Bowen had been removed from his position as commanding officer on the USS Decatur due to a “loss of confidence in his ability to command” following an investigation.

Nearly three months later, the San Diego Union-Tribune was able to obtain records from said investigation, which detailed that Bowen had reported false coordinates to the 3rd Fleet in an attempt to cover up a four-hour stop for maintenance on a propeller shaft that came out of alignment while traveling between Hawaii and California’s Seal Beach Naval Weapons Station on September 13.

In order to make it appear as though the Arleigh Burke-class destroyer never stopped during its trip, the Decatur’s Combat Information Center disabled its Link 16 and Global Command & Control electronic systems to prevent the ship’s actual position from being communicated automatically, according to the report.

“There was this piece of paper where the times and speed were calculated,” said one sailor who asserted that he refused to participate in the deception. “It was, in my opinion, designed to make it look like we were continuing along our track … when we weren’t.”

However, when interviewed by investigators, Bowen claimed he did not recall ordering the crew to turn off the electronic trackers or report false coordinates. At the same time, he did admit to telling the bridge to not communicate to the 3rd Fleet that they were dead in the water.

“I don’t understand the benefit of not telling them our position,” Bowen told investigators, according to the investigation transcript. “OK, we don’t tell them that we’re going [dead in the water] to do a [pitch calibration]. OK, that’s fine. But why do we need to falsify our position? That doesn’t make any sense to me.”

“I didn’t see the reason to let 3rd Fleet know that we — I mean, as long as we’re not doing anything crazy,” Bowen added during the investigation. “We could still do our mission. I just didn’t want them asking questions about … ‘Hey, why are you guys doing this?’”

The service first became aware of the irregularities in the September 13 incident via an anonymous hotline shortly after the Decatur returned to San Diego, California, where the 3rd Fleet is based.

Speaking on Bowen’s removal from the Decatur, 3rd Fleet spokesman Cmdr. John Fage told the Tribune that the service’s leaders are held to a high standard, as “their positions require the utmost in responsibility, reliability and leadership.”

“And the Navy holds them accountable in cases where they fall short of those standards,” he added.