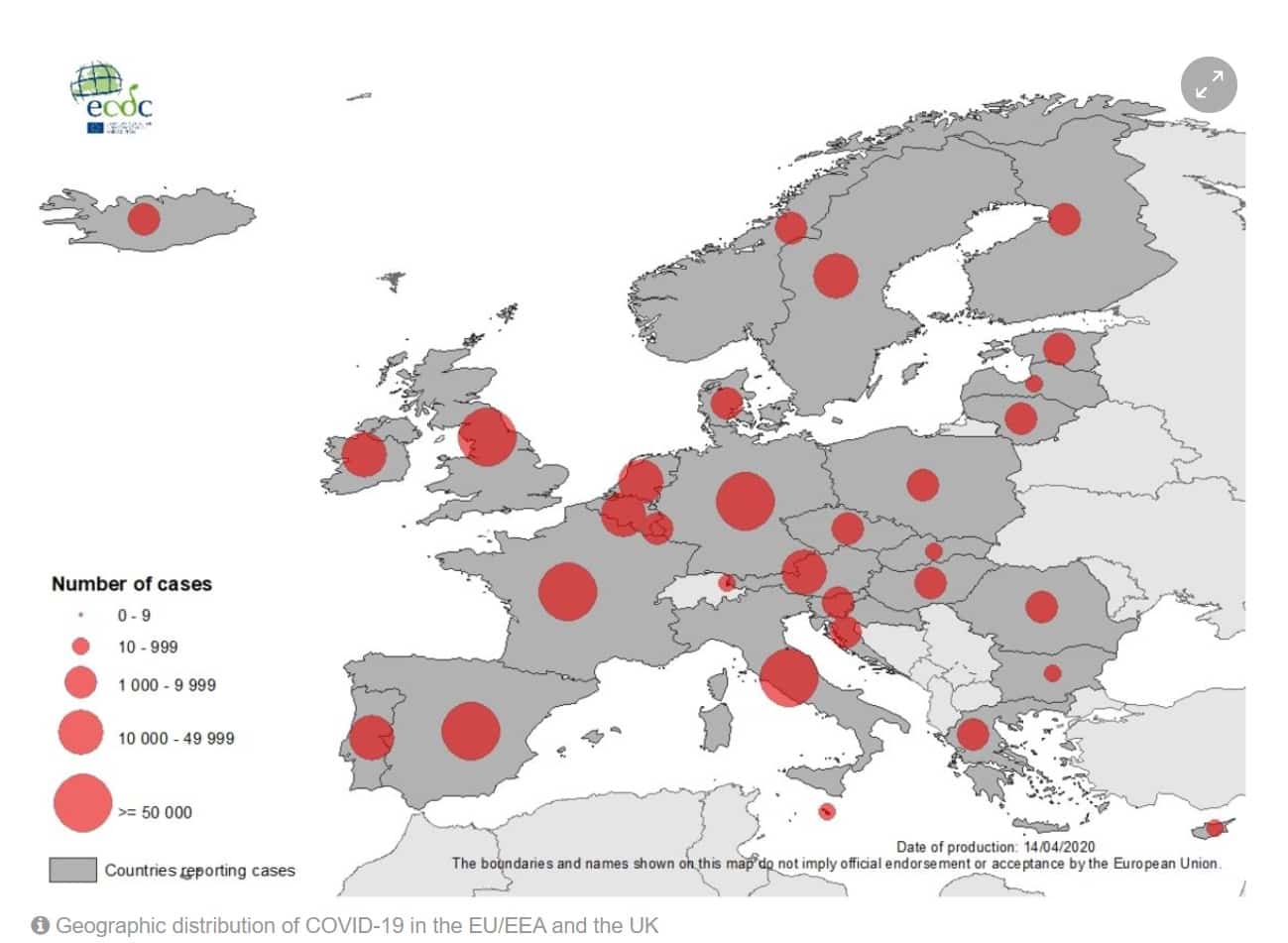 …by Peter Paget for VT
–
Looking on the downwardly mobile side of the pandemic, it is of no matter if this virus, was manufactured, occurred naturally (sic) and was either deliberately introduced or just escaped over the wall.
–
The genie is out of the bottle and looking at the ‘Inner Keep’ modelling one has to say without any prejudice that this is the ‘perfect storm’ to row back the unbridled greedy over expansion of the human race on the planet Earth and perhaps in the process of the forthcoming two years make a mid course correction in societies directional vector.
–
What we KNOW is we are only at the start of it, nowhere near the peak as it rolls out in ripple like waves around the globe. This is ‘Phase One’, which inevitably turns progressively into Phase 2 and then 3 Plus. We have only been in ‘lockdown’ in the UK in effect for 3 weeks, and Italy and Spain are not far more advanced in that themselves and already thinking of ‘partially lifting’ restrictions.
–
China is trying to say it no longer has internal new COVID 19 cases and the only occurrence (their so called and admitted “Second Wave) is caused by people returning from outside the PRC – Total Bull Shit. It is impossible for the China official figures to hold any real credibility.
–
The progressive dissemination of the bug will take another three months to reach most far corners of the Globe in community contagion. In countries with either no or near zero testing the cases will be written off to other causes thus giving a more cosy picture but the medical fall out is the lesser part of the situation; it is the economic downturn, which is the real kicker and where the major effects will come about.
–
This is exactly WHY Trump for example and the Chinese want to get their populations back to work ASAP (in theory from May 1st 2020) as they know they are staring financial Armageddon in the face, which could lead to civil unrest and rioting in the streets. Hungary man is a vicious animal who does not take prisoners and quickly turns to looting when there are enough members in the gang to give confidence.
–
The pragmatic problems are even deeper as every aspect of the social and economic structure of society comes under pressure from supply chain shortages and this leads on to impacts on the harvests in the Autumn (the Fall) when, as we approach the end of the year 2020 those who cannot afford the increased prices, due to supply and demand pressures will face famine and starvation in their lands.
–
This will not be solved by ‘thoughts and prayers’, faith in Divine salvation or messages of solace from Royals and Popes. The human race has engineered this situation all on its own, dug itself into a huge elephant pit and is shovelling shingle in a vein attempt to get out of it. Charities working in the Third World have no hope of solving these endemic problems even if they continue to appeal for more cash.
–
The prices of grains and real commodities will continue to rise with inflation taking off BIG time in 2021/2022 as the consequences of pumping huge quantities of free money into the financial systems to bolster up stock markets artificially, comes home to roost.
–
The only superficial advantage is oil prices will stay very low per barrel due to decreased demands, however this plays badly for high costs production in the oil sands industry (mostly North American based) and has a serious downward pressure there, so a double edged sword in advantage.
–
There will be NO ‘V’ shaped bounce back to where we were before. Businesses in Europe are already going under as they cannot stand the strain of 100% closure for weeks on end, now looking like months. It is not just a process of laying off staff, many of their expenses keep running no matter if they are open or not and they have virtually no cash flow anymore.
–
Peoples habits will change. They will find it becomes the norm to be at home, order more online and be more frugal and economic, do away with the unnecessary luxuries and holidays oversea, undertake video conferencing and forego the business lunch and working breakfasts to seal the deals required. This is the ultimate ‘game changer’. The virtual world will do well, online delivery, gaming online, social media in all its aspects.
–
The Green Party, Extinction Rebellion groups and ‘Preppers’ must be laughing and muttering, “We told you so” as they hide in their bunkers and eat their years supply of beans and canned foods. This could add to the Global production of methane perhaps (Joke).
–
But seriously folks, and said with humility, this WILL REDUCE GLOBAL POPULATIONS in the poorest of lands with insufficient health care or sound agricultural resources – this will probably be written off to the ‘global warming mantra’ – another cover story for the real climate changes being seen around the World, mostly regional, from shifting Jet Stream patterns and Solar Patterns in particle emissions from the Sun and atmospheric anomalies impacting from Space – increased Cosmic Rays and weaker magnetic protection from those sources.
–
It is NEVER GOING TO BE THE SAME AGAIN so you had better get used to it, make contingency plans for when you can actually move around, not currently available in most of Europe, and figure out HOW YOU AND YOUR FAMILY ARE GOING TO SURVIVE THIS.
–
Ends.  Dr. Peter Paget Bio:- is a writer and former analyst and researcher acknowledged in Ocean Ecology at MEDies (NGO) Europe and the author of, “Secret Life of a Spook” – the autobiography of a Government Under Cover Field Agent for half a century (now retired).