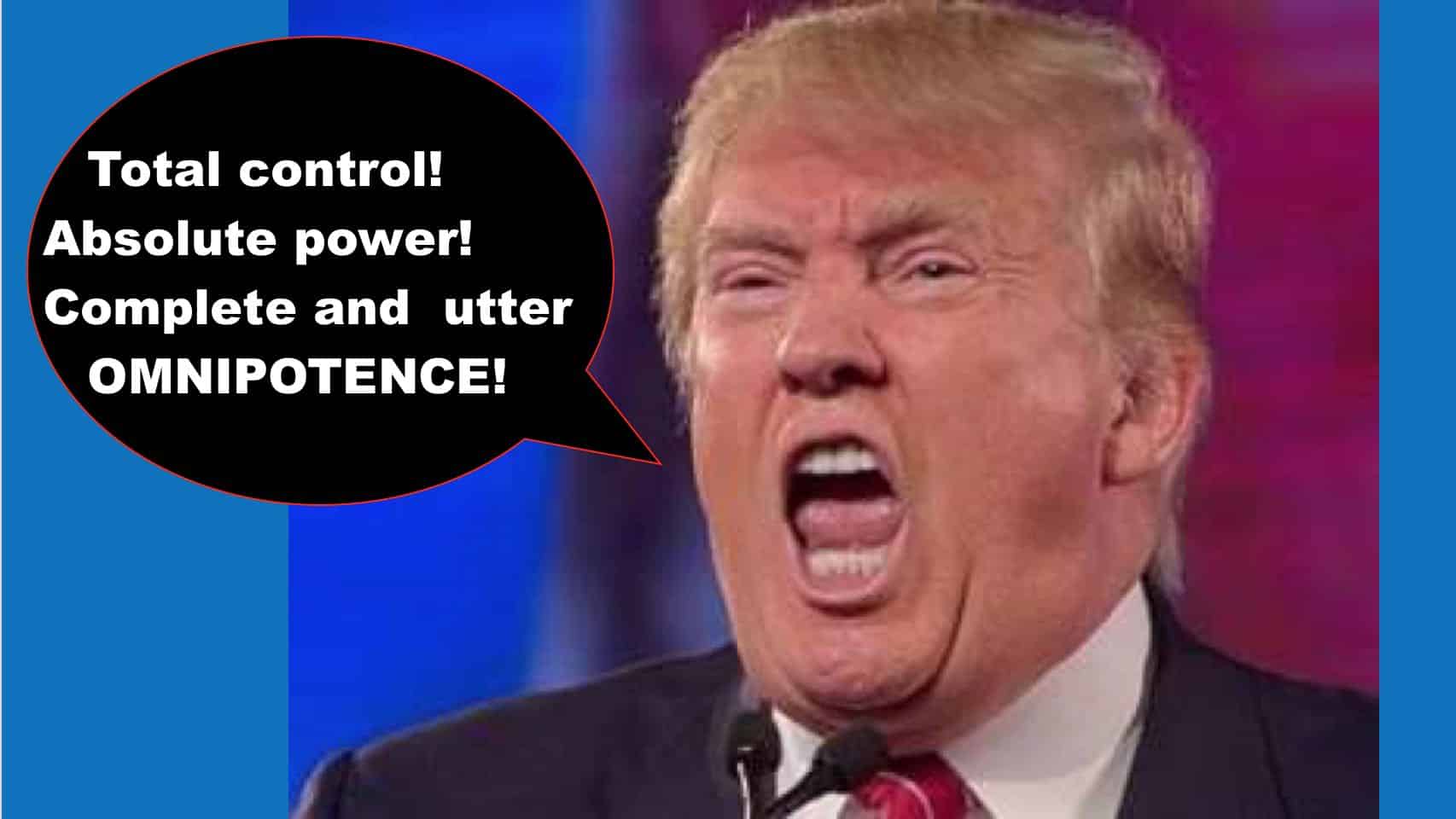 At this morning’s press briefing, Donald Trump claimed that he has “absolute power” and “total control” over coronavirus, the nation’s governors, whether or not people are allowed to leave their homes, the efficacy of coronavirus cures he and Jared Kushner have invested in, and “everything else in America, the world, the solar system, the galaxy, and the whole universe.” In response to a reporter’s challenge, Trump responded: “With the president of the United States, the omnipotence is total. And that’s the way it’s got to be.”

Trump’s assertion—that the powers of the US president are absolute—took Constitutional scholars by surprise. “Nixon famously said that ‘if the president does it, it’s not illegal.’ But Trump is going much further. He is literally saying that there is absolutely nothing the president cannot do, that the Office of the President of the United States has absolute power over everything. It’s sort of like the Pope’s claim to infallibility, only in this case, it’s total and complete power over the entire  known universe.”

CBS White House correspondent Paula Reid committed inveterate heresy by continuing to challenge Trump,saying: “So, Mr. President, if the President of the United States is all-powerful and can do absolutely anything, answer me this: Can you draw a round square?”

Trump responded thoughtfully, saying:  “Presidential omnipotence is the property of being all-powerful; it is one of the traditional divine attributes in American conceptions of the Presidency. This notion of an all-powerful president is often claimed to be incoherent because a president who has the power to do anything would, for instance, have the power to draw a round square. 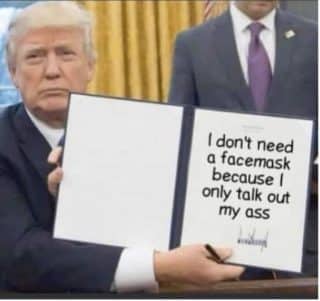 However, it is absurd to suppose that any president, no matter how powerful, could draw a round square.  A common response to this objection is to assert that defenders of presidential omnipotence never intended to claim that the president could bring about logical absurdities.

Reid interrupted the president, shoving her microphone right up to the six-foot limit from Trump’s face, saying: “So you are saying that, aside from round squares, your authority is total and absolute?”

Trump, about to answer in the affirmative, was interrupted by Melania’s outburst: “He’s in total control of everything except his own big mouth.”

Source:  Free Download MP3 of OUT OF CONTROL on SoundCloud.com