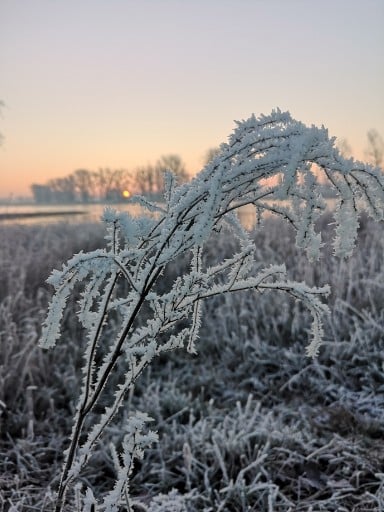 Sublimation and Desublimation! Phase Changes within the Troposphere! Water for Fracking and Farming!

Some basic knowledge is required for understanding methods of Climate Geoengineering. Most people may not be aware how important this simple knowledge is, like they are unaware of the ongoing Climate Control, at least since 1960 in the USA and UDSSR and since 1990 globally.

Dear readers, please read and test your knowledge and close your gaps.

Sublimation is the phase change of water directly from frozen to gas phase!

Desublimation (deposition) is the phase change of water directly from gas to frozen phase!

The notion sublimation is often used as a general term for phase change between the frozen and gas phase. This blog clearly separates both phase changes to prevent irritation.

Desublimation is the main mechanism used for Tropospheric Solar Radiation and Water Management (abbreviated as TSRWM or just SRM), as a method of Climate Geoengineering!

By systematic dispersion of fine dust particles, which is mainly coal fly ash and sulfur powder, a premature desublimation or condensation is triggered. The relative pressure and temperature above ca. 6km height is resulting in desublimation by the formation crystalline ice and below 6km in condensation by forming fluid droplets.

In both cases the accumulation of water is caused by the availability of hard surface, which may consist of fine dust particles, an airplane or whatever finds its way to the upper Troposphere.

This process is not limited to these heights, as it can be observed within any level of Troposphere, even on the Earth surface!

Natural resources of dust may be fine ash from volcanic eruptions, cosmic dust, fine desert dust which could be lifted by powerful thermal winds. When enough dust finds its way above 6km and also humidity is also sufficient, ice clouds (Cirrus, Cirri) are formed.

If the dust remains below 6 km height and finds enough humidity, the water condensates as greater droplets, which are generally called aerosol clouds!

The artificial method is also named as Pinatubo-Effect to give it a pseudo natural character and sold as a “solution” to cool the “runaway global warming“. If that would be named global smog cover, it would sound less fancy and more dangerous.

What about condensation without available nuclei of any kind of dust?

When the relative humidity crosses the level of 97% the condensation begins. But the resulting droplets have no surface to accumulate on. Therefore they are very dynamic, not stable and not persistent. The source of such condensation is always thermal and has its origin on the Earth surface. The clouds are called Cumulus (Cumuli). A Cumulus is only the visible part of a rising hot humid air package, which has its foot on the ground.

The height and size of of a Cumulus depends on the energy contained in the rising air package. Such clouds form in any height of the lower Troposphere and can rise up to ca. 8km height under extreme temperature discrepancies, which is less probable under natural conditions without any Climate Geoengineering.

Cummuli have a clear border and clean white to grey color, not dirty yellow, blue, brown, metallic or any other kind of non-natural shape. The sky behind Cumuli is always clear blue.

This blue light is the main driving energy for photosynthesis of plants and the healthy life of animals and humans, delivering the full spectrum of sunlight, specifically the UV-B rays for VitaminD! Look around, forest of conifers are starving to death!

Without the blue light, plants cannot breath and absorb CO2 from air and therefore the CO2 level will rise slightly during night time. Under TSRWM the sunlight is missed also during day time for the plants. With rising CO2 level by starving and dying plants the level of O2, which is needed for animals to breath will sink as plants will not breath it out anymore. 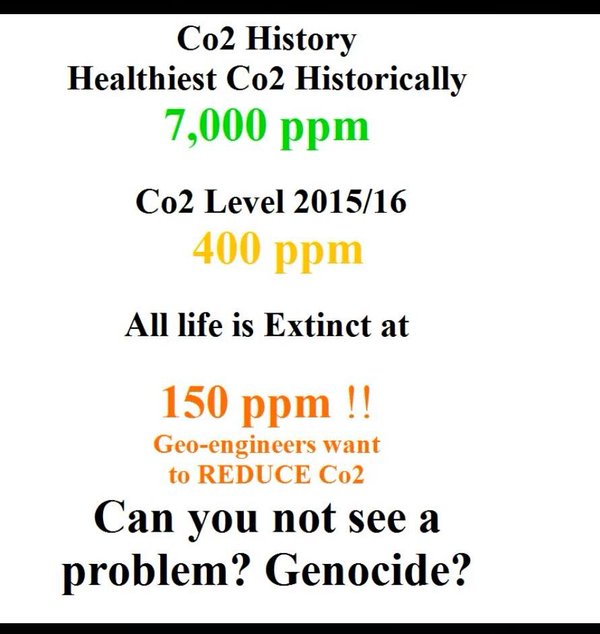 Playing with the Sunlight for TSRWM impacts every living creature on Earth as it steals the main energy source of life! Can You imagine a bigger crime?

Ignorance doesn’t protect anyone from damage!

Weird coalition of enemies may be formed and the misery of war may come over You if You don’t know enough about sublimation/desublimation!!! That may sound like a riddle for the reader but please just read and connect the dots!

Please wake up and learn, that crystalline aerosol structures, forming behind airplanes are not natural and made intentionally for TSRWM. Don’t be manipulated by the daily propaganda about CO2 made Globalwarming and Climatechange!

Be aware, ClimateControl is the reason of non-natural ClimateChange!

The TRUTH is always the opposite of lies!

Learn about CO2 and You will see that CO2 is the result of any clean chemical burning of carbon, but never the reason of it. CO2 doesn’t burn, it is like ash! CO2 is the foundation of life!

The humanity has become the victim of the biggest Ponzi scheme, biggest finance bubble of mankind, which is professionally designed like a religion!

Obeying the orders of Geoengineering Mafia is the BIGGEST SHAME of humanity. Politutes signing contracts, presstitutes spreading the propaganda, scientiputas framing fake studies are traitors. They are all henchmen of the worst enemies of humanity!

Learn also from other sources, the knowledge about sublimation/desublimation is not a secret! Basics of Meteorology should become common knowledge! Use Your mind, don’t behave like sheeple!

What is Sublimation in Chemistry? – Definition, Process & Examples
http://study.com/academy/lesson/what-is-sublimation-in-chemistry-definition-process-examples.html

Why some jets deliver fine dust as nuclei for Desublimation?

Why this jets can deliver huge amounts of fine dust, if the burnt Kerosene by turbofan engines cannot be the source for that?

Why is no Desublimation observable if the fine dust was there before the airplanes flying into the airspace?

Why the Desublimation along the trail of some airplanes is so huge and orderly that persistent icy aerosol cover hides the sun?

Why does this buildup of this Desublimation covers look like intentional Solar Radiation Management (SRM)?

how SRM is done?

what is steered by SRM?

which materials and tools are used for SRM?

which impact SRM has on sunlight, air, water and soil?

would SRM be good for life of fauna and Flora?

would You like to live under a SRM airspace?

would SRM have a bad influence on Your health?

would You agree, if You were asked to accept SRM?

If You suffering under drought in Europe, be aware, that You didn’t pay for water rights!

Be also aware, that this water is delivered under the pretext of “energy security“.

And be aware that You don’t only pay by drought, but also poisoned air, vitamin-D deficiency and oxygen deficiency! You are paying with Your life and the life of all other creatures for getting energy from Arabia!

And what is done with this water:

If You are not aware of control on global water cycle by ClimateControl, just look at the facts on the ground!