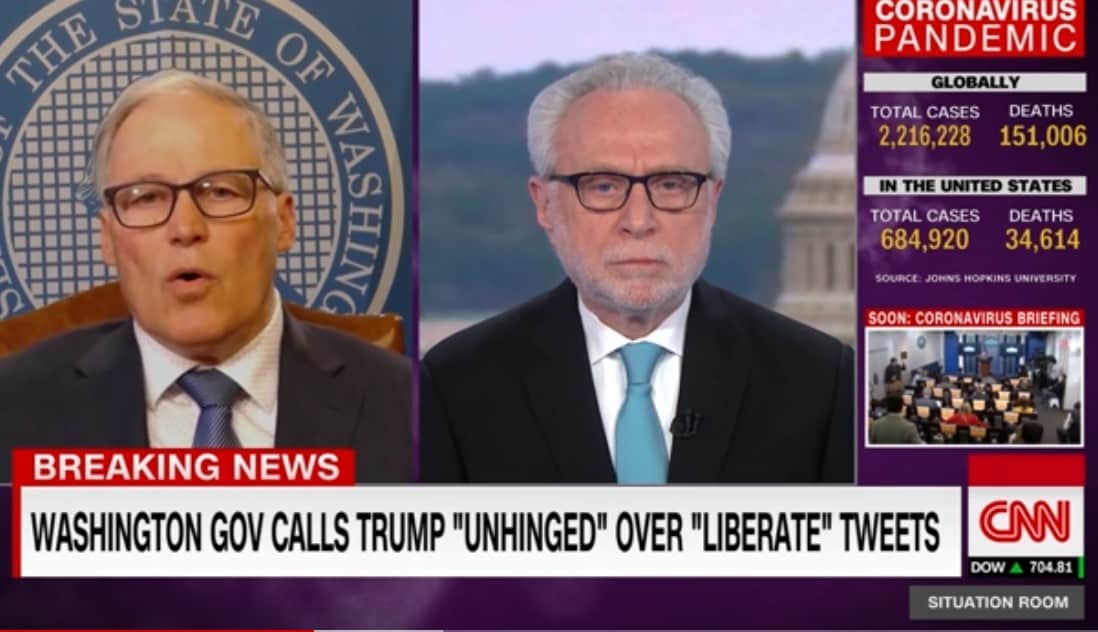 “His unhinged rantings and calls for people to ‘liberate’ states could also lead to violence. We’ve seen it before,” Inslee added. “The president is fomenting domestic rebellion and spreading lies – even while his own administration says the virus is real, it is deadly and we have a long way to go before restrictions can be lifted.”

Washington Gov. Jay Inslee on President Trump’s tweets calling for people to "liberate" various states: “It is dangerously bombastic because it inspires people to do dangerous things” https://t.co/KJYYJFdpKA pic.twitter.com/KvVZhsDM7j

I trust Governor Inslee in Washington state. He is honest and has our best interests at heart. I don’t believe anything from Trump or Prence. Both Birx and Fauci are on a leash and afraid of offending the orange idiot.
So I’m not going out until it’s safe. #Biden2020

Inslee also accused the president of “spreading lies even while his own administration says the virus is real and is deadly, and that we have a long way to go before restrictions can be lifted.” Inslee added that the president’s “irresponsible statements” undermined the work of his own coronavirus task force and could lead to deaths. Trump posted several tweets on Friday to “liberate” states, including Minnesota, Michigan and Virginia.

I’d personally say inciting violence and calling for domestic terrorism, but his works good too.