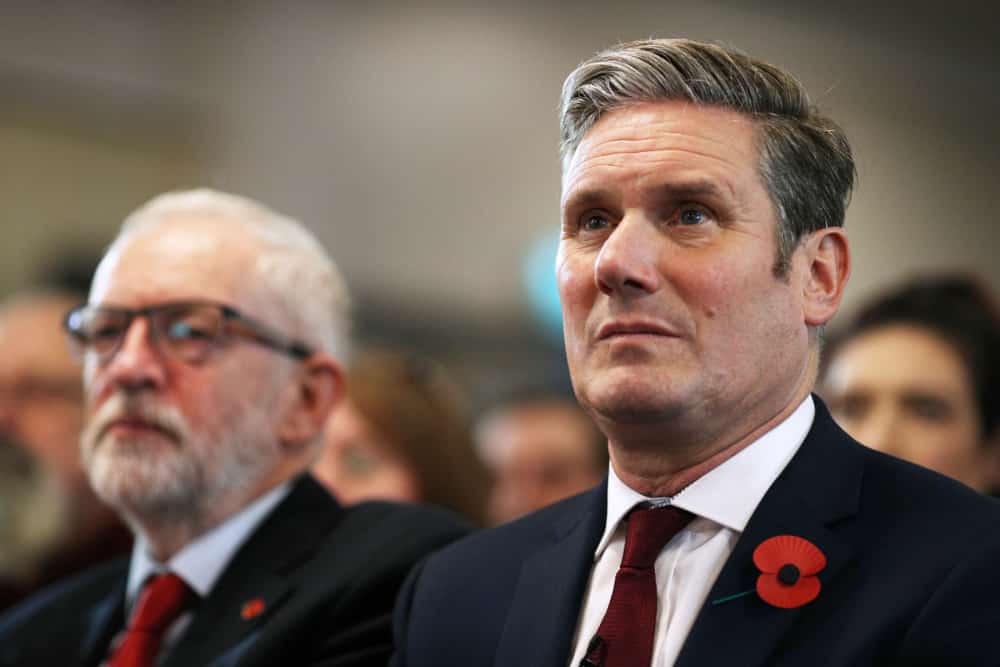 [Editor’s note: I always highly recommend Stuart’s writings on British politics and this latest piece is no exception. Starmer is the Israeli-approved replacement for Corbyn and his rise to power means the return of the Blairites that Corbyn fought hard to purge and the sad death of socialism in the Labour leadership ranks.

However, the ‘grass roots’ membership of Labour has somewhat changed thanks to Corbyn and many remain staunch socialists who will attempt to continue the fight Corbyn waged against the less that loyal pro-Israel Blairie faction. I count myself among them. Now over to Stuart…. Ian]

Desperate to be seen cleansing the UK Labour Party of anti-Semitism, Sir Keir Starmer on the first day he assumed office as leader wrote the following letter to the very people who spent three years vilifying the party to ensure its electoral defeat in December.

The Board of Deputies’ president Marie van der Zyl triumphantly displays Starmer’s servile missive like a trophy scalp on the BoD’s tepee.

She expresses pleasure that Starmer and all the other Labour Party leadership contenders, including the new Deputy Leader Angela Rayner, have embraced the Ten Pledges on anti-Semitism. “Now they must act to rid the party of the awful disease of anti-Jewish racism.

“As the Corbyn era comes to an end, it is clear that history will not look kindly on Jeremy Corbyn’s leadership of the Labour Party, where anti-Jewish racism has been allowed to run amok…. Keir Starmer has made some headway already today in the statement he made and in the letter he has written to us. We have always said that the Labour Party leader will be judged on his actions rather than his words and this remains the case today.

“In his letter, Keir Starmer recommits to implementing the Ten Pledges, and we will now work with him and Angela Rayner to draw a line under this awful period in Labour’s history and that the party can begin to repair its relationship with the Jewish community in the months and years ahead.”

Starmer promised to “tear out this poison [anti-Semitism] by its roots”. But does the poison really exist? Many within the party are saying they’ve seen no hard evidence, only fair comment about Israel’s undeniable crimes. There’s a handful of extremists in every party but not sufficient in Labour’s case to justify politically motivated claims that the party is institutionally anti-Semitic.

On the other hand Jeremy Corbyn and his team were far too slow (and scared) in dealing with the orchestrated flood of allegations and failed to show them for what they really were. And he certainly didn’t seem to punish false accusers.

As for the Ten Pledges that Starmer and the others obediently embraced, these include:

“Deliver an anti-racism education programme that has the buy-in of the Jewish community – The Jewish Labour Movement should be re-engaged by the Party to lead on training about antisemitism.”

Many will find these pledges objectionable. Why?

• Because the IHRA definition of anti-Semitism is deeply flawed and has been condemned by leading law experts as “too vague to be useful”. They warn that public bodies are under no obligation to adopt or use it and, if they do, they must interpret it in a way that’s consistent with their statutory obligations and with the European Convention on Human Rights, which provides for freedom of expression and freedom of assembly.

The right of free expression is part of UK domestic law and applies not only to information or ideas that are favourably received or regarded as inoffensive, but also to those that “offend, shock or disturb the State or any sector of the population” – unless of course they encourage violence, hatred or intolerance. Furthermore, any public authority seeking to apply the IHRA definition to prohibit or punish such freedoms “would be acting unlawfully”.

Article 19 of the Universal Declaration of Human Rights bestows on everyone “the right to freedom of opinion and expression; this right includes freedom to hold opinions without interference and to seek, receive and impart information and ideas through any media and regardless of frontiers”. As always, such rights are subject to limitations and respect for the rights of others.

Not surprisingly the IHRA definition is regarded by activists as a sinister attempt to shut down criticism of Israel and its racist regime. So how is the Labour Party, guardian of human rights and fee speech, going to handle this? It is certainly a minefield and not something a sane organisation would incorporate into its Code of Conduct as it stands.

• The idea of the Jewish Labour Movement training Labour members is laughable. If their definition of anti-Semitism is so warped what will their training be like?

• There are many groups representing the Jewish community and its various opinions. Some are strongly anti-Zionist and highly critical of Israeli policy. The BoD and its friends may claim to be the only communication channel to the exclusion of all others, but the Labour Party is at liberty to speak to any Jewish group it wishes.

So why is Starmer falling over backwards to appease the BoD with such a grovelling letter and committing his party to subservience to the people who relentlessly smeared Corbyn in a 3 years campaign and did immense damage to Labour’s election prospects?

According to a Times of Israel report Starmer told Jewish News: “I support Zionism without qualification…” This sounds strange from a lawyer who specialised in human rights. Zionists don’t believe in anyone’s rights except their own.
https://www.timesofisrael.com/keir-starmer-elected-uk-labour-chief-apologizes-to-jews-for-party-anti-semitism/

Starmer is also a member of Labour Friends of Palestine, as is Angela Rayner the deputy leader. This group supports the Palestinians and campaigns for “peace and justice in the Middle East through the implementation of international law and respect for human rights.” Zionists have no respect for international law either.

So what is Starmer’s game? How can he or Rayner possibly adhere to the Ten Pledges without betraying the Palestinian cause?