Home Government US oil collapses to -$37.63 a barrel (they pay you to take...
Share
Twitter
Pinterest
WhatsApp
Linkedin
ReddIt
Email
Print
Tumblr
Digg
West Texas Intermediate oil prices have gone negative in a record low for the US benchmark, as the market continues to crater amid the general economic collapse.

Vanishing demand and a glut of supply have combined to heavily impact the US benchmark fuel, with prices dropping from $18.27 to close at -$37.63 a barrel on Monday – down over 300 percent from the previous day’s close. It’s the first time the crude oil futures contract has ever traded in the negative since the New York Mercantile Exchange (NYMEX) started trading it in 1983.

The collapse in oil markets comes amid a generalized economic downturn, with the coronavirus pandemic plunging most of the world’s economies into a downward spiral many believe will be the deepest since the Great Depression of the 1930s.

Global oil storage is currently reaching its limits, and while OPEC recently secured a 9.7 million barrel per day cut in production, the US Department of Energy is nevertheless weighing the idea of paying domestic producers to simply leave the oil in the ground so as not to further depress prices.

With May’s futures contracts set to expire on Tuesday, investors are scrambling to unload their positions, eyeing the already-glutted market and concerned about being left with a valueless commodity.

As the futures contracts hovered at record lows, oil tankers are reportedly languishing at sea, unable to find places to store their bounty onshore. Demand for the commodity has dropped an estimated 30 percent worldwide amid the coronavirus crisis.

[ Editor’s Note: Gordon saw this coming a week ago. All land based storage facilities were filled up, which triggered a scramble for the floating storage option, pushing super tankers up to $35,000 a day tankers.

Some big gambles are being made on grabbing cheap oil to resell later, one hell of a wild bet in my book. The production cuts came, and Trump was right for a change when the first 10 million barrel a day cut was followed with another 10 million the following week.

In a way, that was a no brainer based on how long producers can keep pumping oil when there is no place to put it. Hence, we have the $11 per barrel West Texas price today. Those who are the most financially leveraged are going to lose big time.

Those who can ride things out to the bottom, to buy in at the low and catch the rebound, will be able to buy a bigger yacht. An overall path of economic devastation will ensue, with wealth more centralized than it was, a strong hint as to who some of the perpetrators of this event might have been… Jim W. Dean ] 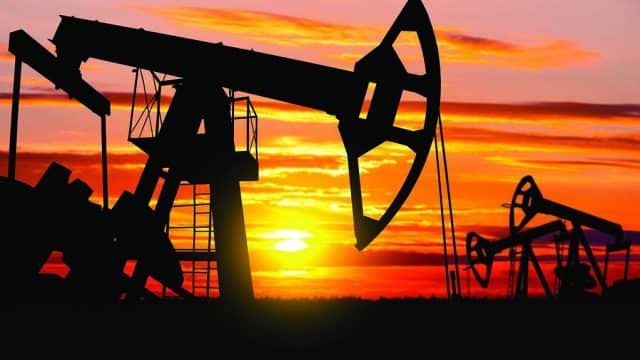 US oil prices dived to 22-year lows at just $11 Monday after crashing almost 40 percent in a market flooded with crude and slammed by evaporating demand in the face of the coronavirus pandemic.

Trade, however, was also technically driven as investors closed out their positions ahead of the May contract expiry Monday. The June contract was down 11.9 percent at $22.06.

“The real problem of the global supply-demand imbalance has started to really manifest itself in prices,” said Rystad Energy analyst Bjornar Tonhaugen.

“As production continues relatively unscathed, storage is filling up by the day. The world is using less and less oil and producers now feel how this translates in prices.”

The European benchmark contract, London Brent North Sea oil for June delivery, was down 6.1 percent at $26.38 per barrel. Signs that the coronavirus may have peaked in Europe and the United States failed to lift Asian and European financial markets generally.

Traders are instead becoming more and more concerned that oil storage facilities are reaching their limits, as stockpiles continue to build owing to the crash in demand caused by the COVID-19 pandemic.

Analysts said this month’s agreement between OPEC and its peers to slash output by 10 million barrels a day was having little impact because of the virus lockdowns and travel restrictions that are keeping billions of people at home.

WTI was hit particularly hard as its main US storage facilities in Cushing, Oklahoma, were filling up, with Trifecta Consultants analyst Sukrit Vijayakar saying refineries were not processing crude fast enough.

There are also plenty of supplies from the Middle East with no buyers as “freight costs are high”, he told AFP.

AxiCorp’s Stephen Innes added: “It’s a dump at all cost as no one… wants delivery of oil, with Cushing storage facilities filling by the minute. “It hasn’t taken long for the market to recognise that the OPEC+ deal will not, in its present form, be enough to balance oil markets.”

Stock markets were mostly lower despite governments starting to consider how and when to ease the lockdowns that have crippled the global economy.

‘No time to get cocky’

In the US, Andrew Cuomo, governor of badly hit New York state, said the disease was “on the descent”, though he cautioned it was “no time to get cocky”.

Mounting evidence suggests that the lockdowns and social distancing are slowing the spread of the virus. That has intensified planning in many countries to begin loosening curbs on movement and easing the crushing pressure on national economies.

Investors are keeping an eye on Washington, where Congress and the White House are working towards a $450 billion economic relief plan for small business to add to the trillions already pledged to support the economy.

Big-name companies including IBM, Netflix and Coca-Cola are also due to deliver their earnings reports.

West Texas Intermediate: DOWN 38 percent at $11.04 per barrel