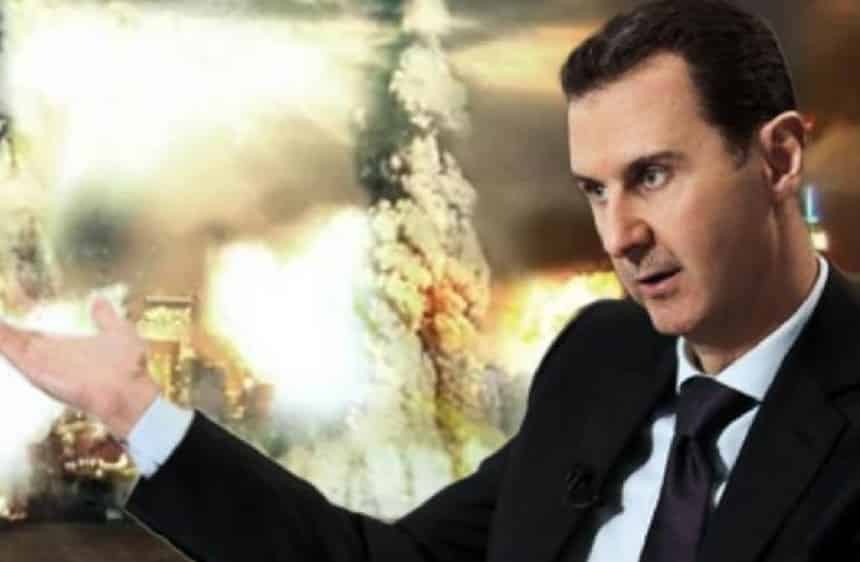 Short weeks after the Russian agreement with Turkey to establish free zones in Idlib, the failure of Russian diplomacy may seen in a new Pravda hit piece on President Assad, previously Russia’s primary ally in the world.

Their reaction, as we can now surmise, is to blame someone else, perhaps a lesson Putin learned from his China bashing best friend, Donald Trump

Clan Bashar al-Assad: how the family of the President of Syria mired in corruption

The economic situation in Syria is significantly undermined by the high level of corruption in government circles. The blame for everything is the clan of the Syrian President Bashar al-Assad, who is mired in shadow schemes and profits from ordinary citizens of the Arab Republic. Assad himself and his relatives demonstrate elements of luxury at a time when the country is just beginning to get out of the horrors of civil war. Read more about corruption in the most important family of Syria – in our material. 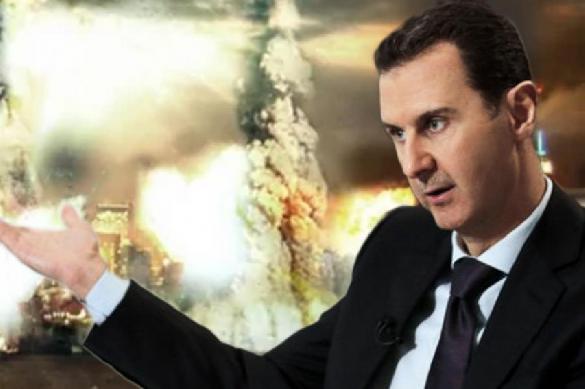 In September 2019, a major “scandal in the noble family” of Syrian President Bashar Assad broke out. British media reported that Assad placed his cousin  Rami Mahlouf under house arrest . The reason is the inappropriate behavior of his son, 22-year-old Mohammed Mahlouf, who boasted of his family’s wealth.

Assad’s cousin is constantly uploading photos of expensive cars, villas in Dubai, as well as his own photos with his bare torso on his Facebook and Instagram accounts, demonstrating excellent physical condition. Sunday Time reported that Mohammed Mahlouf invested $ 300 million in real estate – while, according to him, the money was received “from other types of business.”

The scandal with young Mahlouf and reports of his father’s “house arrest” again raised the topic of corruption schemes in the ranks of the main family of the Syrian Arab Republic. Nine years after the start of the “Arab Spring”, where the Assad family’s corruption was the leitmotif of citizens ’discontent, it’s increasingly common to hear that the Syrian president and his family are profiting from Syrian citizens.

The Makhluf clan is connected with the Bashar Asar family through the mother of the Syrian president Anissa Makhluf, who died in 2016. A respected and reputable family owns important economic assets of modern Syria.

So, Rami Mahlouf owns the company Cham Holding, which invests in tourism enterprises, restaurants and real estate. The holding controls the first private Syrian airline Syrian Pearl, as well as several private banks in the country:

An important area of ​​Mahlouf’s business is telecommunications. Rami Mahlouf owns Syriatel, a mobile operator in Syria, who is a monopolist in the cellular market. In the Arab Republic, they are convinced: despite the role of “just a businessman,” Makhlouf intervenes in the policy of the SAR and affects the economic way of life in the country. Before the outbreak of the Civil War, Assad’s cousin controlled 60% of the country’s economy, and it is possible that this influence has survived to this day.

“Mahlouf writes the laws,” the Huffington Post reported from one of the traders in Damascus. “Whether they concern taxes or trade rules. The regulatory climate is designed for its benefit.”

According to the official version, Rami Mahlouf is now under house arrest. However, according to unofficial data, the businessman enjoys the fullness of freedom. The Syrians are convinced that a “spectacle with arrest” was played in front of foreign partners in order to hide the corruption schemes of the Bashar al-Assad family.

Another representative of the clan Hafez Mahlouf is a fatal figure for all of Syria. He is the only one who survived a car accident in Damascus in 1994, which claimed the life of the main contender for the presidency of Syria – Basil al-Assad, the eldest son of Syrian President Hafez al-Assad (1930 – 2000). As a result of this tragedy, Bashar al-Assad, who was weak and deprived of political will, subsequently came to power, and Hafez Makhluf took over as head of the investigative apparatus of the General Intelligence Service, while developing a shadow business in real estate.

In 2012, Makhlouf survived a second time – during an attack by militants on the building of the National Security Service in northwestern Damascus. The events taking place in Syria forced the businessman to flee the country, and in 2014 there were reports that Makhlouf moved to Belarus and continued his business in the post-Soviet space.

In November 2019, the Financial Times reported that over the years, Hafez Makhlouf bought at least 19 apartments in residential complexes on the territory of Moscow City , 18 of them in the City of Capitals complex, and another in the Federation Tower. According to the anti-corruption non-governmental organization Global Witness, the amount of transactions is estimated at $ 40 million. Some of the apartments are owned by Hafez Makhlouf, the rest were transferred to other family members. For the transactions mainly used offshore companies, which were officially registered property.

Another thing is curious – in May 2011, the European Union imposed sanctions against Hafez Makhlouf, saying that he was close to another representative of the Syrian president’s family – General Maher Asad, the Syrian military commander and commander of the 4th Mechanized Division of the Republican Guard. The middle son of old President Hafez al-Assad, Maher in public is considered exclusively a military figure. However, it is also associated with corruption schemes with Syrian business elites – according to sources, Maher Asad controls 15% of the Syrian economy, leading entire “business grids” across the country’s regions.

According to the  Russian Council on Foreign Affairs (INF), Maher Asad was able to earn up to a billion dollars through the smuggling of food and tobacco for the regime of Saddam Hussein in Iraq, bypassing sanctions. In the 2000s, Assad’s brother further increased his fortune after fraud with the bankruptcy of the Lebanese bank Al-Madina, thus becoming not only a military leader, but also a financial tycoon.

It is believed that Maher Asad conducts shadow transactions, using other businessmen as a “cover”. The publication Silobreaker names among the proteges of the Syrian general businessman Khaled Kaddur – he is engaged in telecommunications and investment in the auto industry.

Loyal to Maher Asad is also Muhammad Hamsho – a member of the National Assembly of Damascus, founder and leader of the Hamsho International Group. Before the war, Hamsho was engaged in racketeering and “roofing” in the field of construction, hotel business and tourism. In addition, Hamsho is known for being involved in laundering money received from the country’s military budget – under the patronage of Maher Assad.

On the conscience of Maher al-Assad, in addition to economic crimes, there is also blood. In 2005, Assad, along with Syrian head of military intelligence Asef Shaukat, were mentioned in the preliminary report of the UN commission investigating the murder of billionaire and former Lebanese Prime Minister Rafik Hariri. The investigation revealed that Maher Assad could be one of the possible organizers of the crime.

Another key player in the Syrian corruption network around Bashar al-Assad is Syrian Prime Minister Imad Khamis. Occupying the post of Minister of Energy until 2016, Khamis, Doctor of Technical Sciences, holds in his hands the key tasks of the energy industry. This allows him to deal with the redistribution of budget funds for his own needs.

According to the Federal News Agency (FAN) , Khamis and his people in the government apparatus are redirecting funds from gas and oil production not to the country’s budget, but to their own pockets. In 2019, the Khamis government renegotiated a contract for the supply of electricity with Lebanon. The amount of the transaction was not specified, but we are talking about millions of dollars. The money received from the Lebanese transaction fell into shadow circulation and were withdrawn abroad, while the inhabitants of Syria were forced to sit without light.

The second way to enrich the government of Imad Khamis, according to the FAN, is to sell oil to Turkey. Officially, Damascus has no relationship with Ankara. However, there are tacit agreements between the Khamis apparatus and Turkish business elites to sell Iranian oil.

As a result, part of the “black gold” that Iran supplies to support the Syrian economy is sent to the Turkish port of Ceyhan, where it is sold to Turkish companies owned by Nejmettin Bilal Erdogan, the son of the president of Turkey.

Katharji brothers: business for the benefit of terrorists

A special figure in the Assad’s “corruption list” is the Hossem brothers and Muhammad Katharji, Syrian businessmen who are rightly accused of having ties to the Islamic State (ISIS, ISIS, a terrorist organization, banned in Russia). In 2017, Reuters accused Hossem Katharji of “buying grain from ISIS terrorists” – a businessman financed agricultural enterprises in the Euphrates Valley that fell into the hands of militants. Subsequently, the grain received from the IG was delivered to the Syrian port of Tartus.

Since 2017, the Katarzhi brothers have been implicated in the trade in smuggled oil produced in territories controlled by ISIS. Energy resources belonging to the Syrian people were exported by whole oil carriers to Turkey. Katharji’s oil business continues today: the brothers buy oil from pro-American Kurdish formations on the eastern bank of the Euphrates and resell it to the Syrian government.

According to the Syrian Observatory for Human Rights (SOHR), oil is purchased by Katarzhi, and then sent to the province of Homs and to the border with Iraq.

Businessmen also played a negative role in the civil war in Syria. With the money of the Katarzhi brothers, Arab militia units were formed, which repeatedly betrayed their comrades in the Syrian Arab Army and left their positions. So, in September 2017, the fighters of the Katarzhi brothers left the headquarters of government troops shortly before the Islamic State terrorist missile attack, which killed Russian military adviser Lieutenant General Valery Asapov. There is an opinion that the terrorists knew the coordinates of the headquarters, and the Syrians from the Katargi brothers detachment knew about the impending attack by the militants – another proof of the militants’ connections with the Syrian business, for which money does not smell.

The huge problems in the Syrian economy and the total corruption scheme around the Bashar al-Assad family do not leave Syria any chances for normal development after the end of the war. Members of the government and those close to Assad are rapidly gaining wealth, withdrawing funds to the West – and showing luxury against the background of starving Syrians.

All this badly affects the situation inside the Arab Republic: local residents are unhappy with the high level of corruption and the behavior of Bashar al-Assad. Unable to establish an economic climate within Syria, the Syrian president may again lose half of the country through the fault of his many relatives.