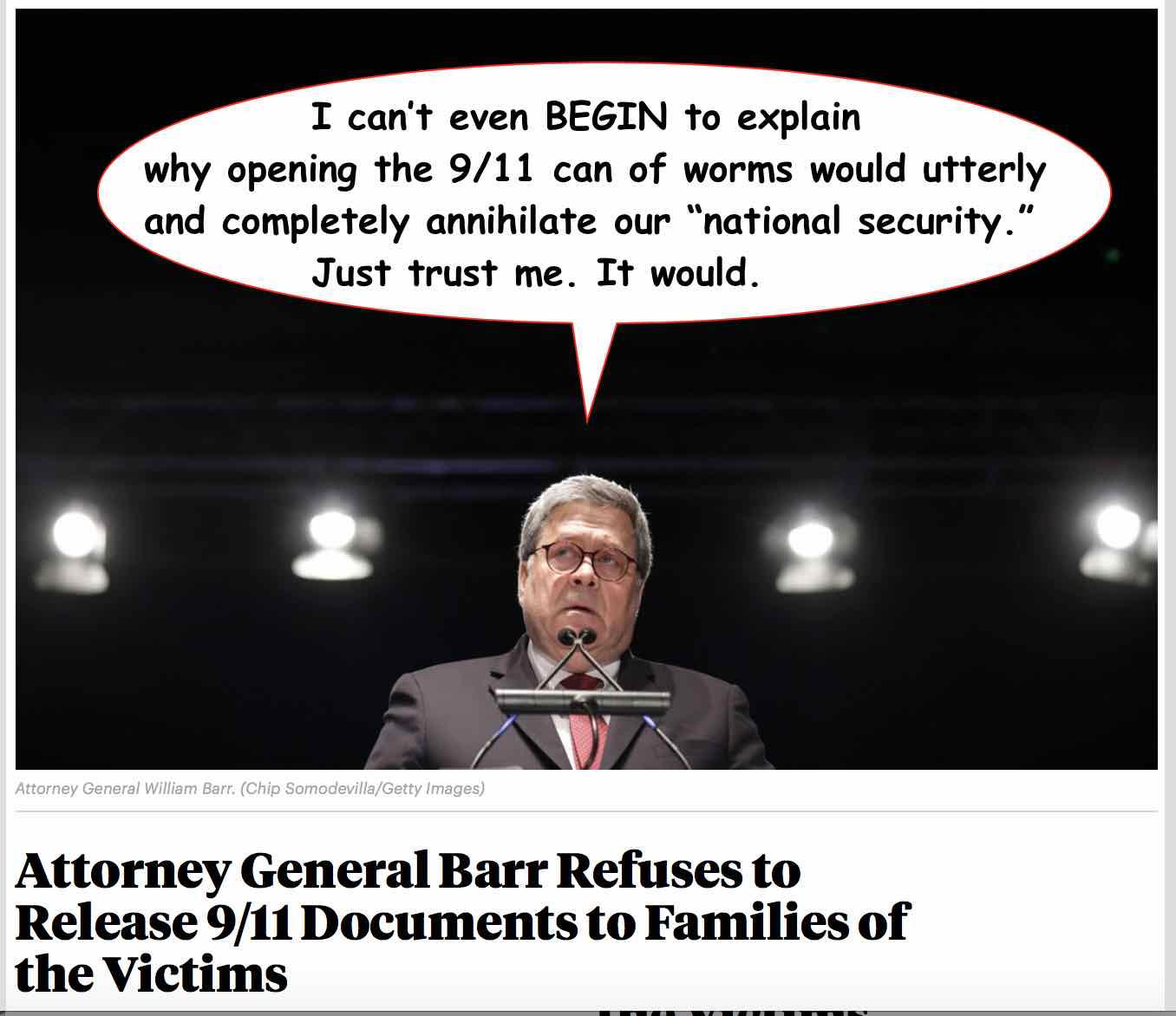 Attorney General William Barr has responded to a New York Federal District Court suit brought by 9/11 survivors by insisting that 9/11 secrets need to be kept secret. When the judge requested a reason for the secrecy, Barr responded: “The reason for the secrets’ secrecy? That’s an even bigger secret. And the secret secret reason for the secrecy of the second-level secret secret is still more secret. And guess what, the secret behind that is even worse, it’s classified at the very highest level—only God Himself is allowed to know. And the secret behind THAT secret is so secret that even God can’t be told, since His knowing it could result in potentially grave harm to our national security.”

Asked how the truth about 9/11 could possibly harm national security, Barr responded, “how the hell should I know? It’s a secret. Of course, it’s no secret that if the American people knew their leaders had conspired with Israel to blow up the World Trade Center and blame it on patsies, in order to waste 6 trillion dollars murdering 27 million Muslims for Israel while burning the Constitution and rendering the whole country morally, spiritually, and fiscally bankrupt, the whole National Security Establishment, including myself, would be dangling from lampposts the next morning. That part isn’t exactly a national security secret. So whatever the secret is, it must be even worse than that.”

The judge immediately slapped a gag order on Barr, sealed the court proceedings, ordered the vocal cords of all those present to be surgically removed, banged his gavel on Barr’s head, adjourned the court, dismissed the case, and announced that henceforth anyone who asks any questions about 9/11 will be subjected to immediate demolecularization by a satellite-based particle beam weapon.