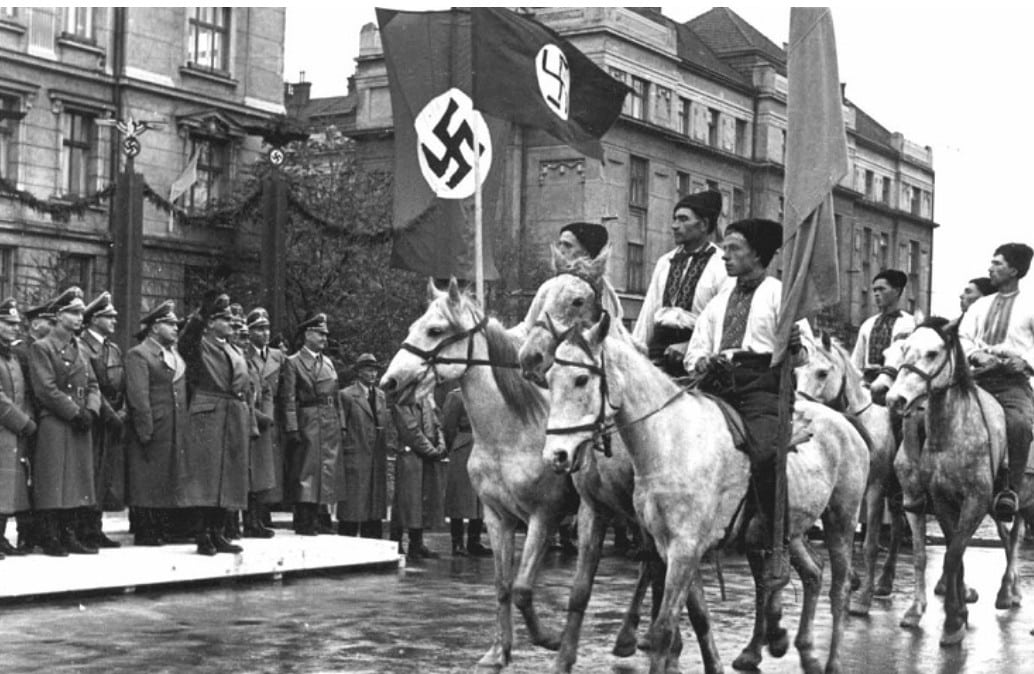 In the coming days, the global community will mark 75th anniversary of the end of the Second World War. Sixty two nations fought in this war, which was unprecedented in scale. It resulted in the death of 50 million people. More than half of them were from the Soviet Union, which emerged as the key opponent of Nazi Germany and its secret and not-so-secret allies as they attempted to conquer the “East”.

The worst possible crimes against humanity were committed during this conflict and included the targeted and systematic killing of millions of people by Nazis, referred to as the Holocaust. Civilians from all European nations fell victim to this war: Jews, Slavs, the Romani people, Soviet prisoners of war and all those who Nazi propaganda labelled using the xenophobic term “untermenschlich” (i.e., subhuman).

World War II, dubbed the “Great Patriotic War” in the USSR, was the biggest milestone in Soviet and Russian history, and an incomparably hard ordeal for the entire population of the Soviet Union. In more modern times, the conflict came to symbolize an important part of our history that can unite most citizens, and not only of the USSR, but also of many other nations, as well as encourage them to fight for world peace but against racial inequality, xenophobia and the return of Nazism.

It is, therefore, not surprising that today there is an active push within reactionary circles to tarnish collective memories of the Second World War and its tragic consequences. The main tools used to do so are rewriting history and demolishing memorials erected to honor those who sacrificed their lives to liberate European countries from the Nazi scourge, which is truly worrisome.

In a number of Western countries, revision of World War II history has been widely encouraged lately. At first glance, there is nothing wrong in re-working and re-examining information in connection to any (and especially armed) conflicts of the past. However, in this particular case, the rise in pseudoscientific studies about World War II nowadays is not motivated by the desire to get to the truth. Instead, it is on orders from the current ruling elites of a number of countries that misleading and false information is being spread. Silly fake arguments are being used to try to downplay the dominant role played by the Soviet Union in defeating Nazism. They equate the USSR to Nazi Germany, and portray both as being equally responsible for the tragedy.

For instance, attempts to intentionally belittle the heroic role of the Soviet Union in liberating Auschwitz were evident in reports published by German magazine Der Spiegel, US-European media outlet Politico, and even in speeches of the Vice-President of the United States, Mike Pence, on January 23, at Holocaust Memorial events in Jerusalem. Following the lead of such proponents of fake history, the US Embassy in Denmark even decided to attribute the liberation of Auschwitz to US soldiers although that is completely untrue! Czech analyst Martin Koller wrote a fairly detailed article commenting on these misleading and false statements made by members of EU elite circles, and providing facts to explain why leaders in the United States and Great Britain had not been fighting against the lies being spread about the Second World War and, first and foremost, about Auschwitz.

In such a climate, as deliberate distortion of history is being encouraged, it is not surprising that Nazism is being openly glorified in a number of countries. For example, in the Baltic countries, neo-Nazi marches have become the norm, and in Ukraine, Nazi sympathizer Stepan Bandera and death squads of the Organization of Ukrainian Nationalists (OUN) and the Ukrainian Insurgent Army (organizations banned in the Russian Federation) are being lauded. In Ukraine, medals “For Distinction in Military Service. 75th Anniversary of the Victory over Nazism” are to be awarded both to veterans who fought in the Red Army and those who were part of the Ukrainian Insurgent Army (UPA), banned in the Russian Federation. The fact that UPA’s death squads were responsible for numerous crimes, including the massacre of Poles in Volhynia and Eastern Galicia in 1943, does not seem to deter Ukraine or the EU.  Using any possible means of mass extermination of people at their disposal, German Nazis and Ukrainian nationalists of OUN-UPA killed 1 million 473 thousand and 575 civilians in seven western regions of Ukraine!

Spanish media reported that members of the Blue Division, which fought on Adolf Hitler’s side during World War II and traveled to the USSR to “fight communism”, were viewed as heroes by some and villains by others.

Famous Czech political scientist and professor Oskar Krejčí has said that there is a unique propagandist revisionism of events that transpired 75 years ago nowadays. He convincingly debunks new Polish theories on history that contain mistakes in chronology, fail to mention the context in certain cases, and ignore “inconvenient” events and logical connections. Primarily, the Red Army and the heroism of the Soviet people saved Europe from the horrors of Nazism. These are not empty words, but the truth, as evidenced by the graves of 27 million Soviet people.

It is no secret that this campaign to rewrite history undoubtedly stems from military and geopolitical plans of the current political elite in the United States, who are trying, by any available means, to undermine the global standing and influence of Russia in order to deprive it of its moral right to the status of a great power, and to, instead turn it into a pariah. Clearly, Russophobic sentiments expressed by Polish, Baltic and Ukrainian politicians serve these interests of the American political establishment. Deputy Foreign Minister of the Russian Federation Sergey Ryabkov has recently said that such attempts by the United States to rewrite the history of the Second World War in their favor were unacceptable.

Today, there is no doubt that, ultimately, the discussion about World War II is a discussion about attitudes towards Russia. And some Western European politicians are convinced that falling into step with Russophobia, actively used for brainwashing, in particular, Eastern Europe, is most certainly an acceptable price to pay in order to maintain unity within the EU, an entity which, incidentally, originated in the Second World War. After the conflict ended with the complete defeat of Nazism, the self-destructive forces within Europe that led to the catastrophe in the first half of the 20th century, forced the most far-sighted politicians and intellectuals to think about what could prevent such crises. Some of the key principles that lie at the heart of this Union are about ensuring that lessons from the Second World have been learned, and that such a catastrophe is prevented at all costs.

Remembering the history of World War II, the Nazis in Germany who unleashed the conflict and the great Victory of the Soviet people is not only a question of national pride for the current generation of Russians. It is true that any event in history is reviewed with time, archives are opened and different views on it appear. This is a normal process that happens everywhere. But there is no need to politicize history because nothing good can come of such actions.

Discussions about history can result in new friendships or fights. It is also important to remember that if historical facts could be denied, falsified or distorted, the danger that such events would be repeated increases.