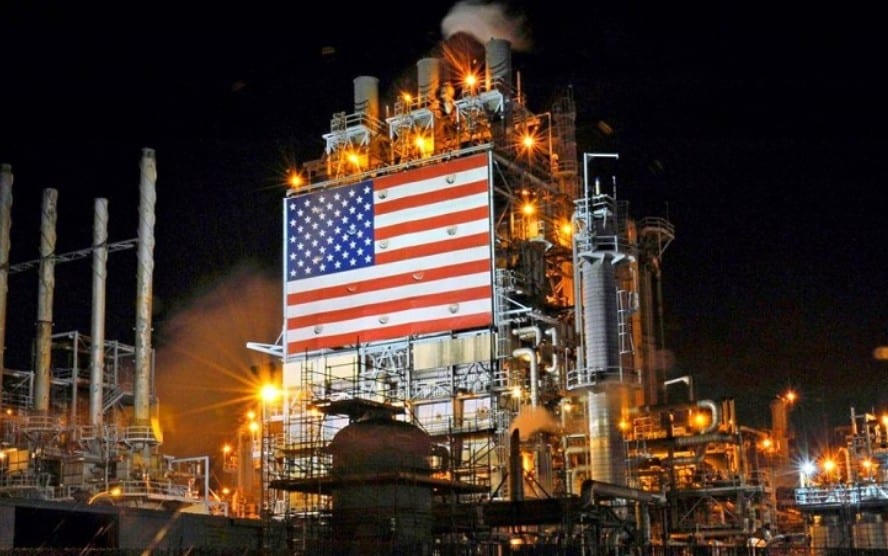 By Gordon Duff, New Eastern Outlook and the Russian Academy of Science, Moscow

Where death only affects the few, the misinformation, withheld or suppressed data, the lies, the propaganda and censorship are making things worse.

Thus, we turn to the format of a loose intelligence briefing as the infectious nature of propaganda has to be resisted and it is so very hard to resist.

We might call this “pandemic denial,” made dangerous as the pandemic, as of mid-late April 2020 is clearly in control and those claiming otherwise are knowingly lying for reasons we will make clear.

Major medical centers across the US are at an average of 80% of capacity. Some are higher, much higher. In some areas temporary hospitals are being used but more often non-COVID patients are being “turfed” to rural medical centers where their needs may not be properly addressed.

As with any emergency, the first victim is truth. Social media lends itself toward sensationalism and can attract those with victimization fantasies. Thus, only information from known sources is accepted and nothing from mainstream or social media can be trusted.

The situation in American hospitals, not all but more than the public would imagine, is grave. Currently, PPE (Personal Protective Equipment) is in good supply with the exception of N95 masks and that situation is rapidly improving.

Availability of ventilators in the US is currently very good, thanks to individuals like Elon Musk, the governments of Russia and China and many charitable organizations that have gone to great efforts.

By “very good” we are speaking of supplies as predictive modeling indicates. One of the problems, however, is that the predictive models are predicated on assumptions not in evidence and are failing. This critical failure, and the cloak of secrecy around it, has given rise to the lunacy and subterfuge we are seeing in Washington.

Part of that failure is at hospital level.

To clarify, the issue is getting patents off ventilators. Nearly half of those on ventilators now are at or above 10 days and face a poor outcome. Claims that half may die are low. Most or all will die unless a late stage treatment protocol is developed in time.

This is a life and death race and we are losing.

Moreover, many patients who are never intubated but stay on cannula for oxygen, as we are told was the case with Boris Johnson, seem to recover then quickly succumb for no apparent reason.

Johnson likely received Remdesivir, which has been denied other NHS patients. If so, the political fallout for Johnson, whose policies left the NHS grossly unprepared for the COVID 19 pandemic, will and should be catastrophic.

The biggest morbidity factors are the following:

The glaring question of irregular morbidity figures must be addressed. This is what we have learned:

The material offered here is an intelligence briefing on a vital situation. The US government is keeping secret, even from state governors, the real situation with the COVID 19 pandemic, as a first wave, ending many lockdowns, by May 1, 2020 is planned.

Never has the very real threat of extremism and totalitarianism been this close for the United States. We will be addressing this issue, the failure of governance but also the “elephant in the room,” how the lockdowns themselves are a panacea.

Our models are failing, based on mixed data on acquired immunity.  We have had several reports this week that reinfection rates are high, particularly from South Korea.

By the first week of February, the US had reached one of two scenarios, that could have only been mitigated by a quick vaccine, not possible, and assumptions on immunity that were not evidence based:

Option 2 is most likely and may well be inexorable, a “wash through” combined with waves of reinfection.  New treatment protocols, and there few showing promise, would be the priority.  Generally, Hydroxychloroquine/Chloroquine is facing a dim future.  Side effects are devastating, and effectiveness has, thus far, been in only moderate cases and anecdotal.

Convalescent serum is at an experimental stage and weeks from deployment. Initial tests show it to be useful in a percentage of cases with the following caveat, patients thus far either improve quickly or die of a reaction to the serum.

This information is being withheld.

We have promising antivirals, but these have only been used in non-defining test situations that, out of humanitarian concerns, do not have a double-blind.

Saying we have reached an ‘end of the world as we know it’ has both good and bad connotations.  Large military forces are no longer in the cards for the major powers.  It has been proven how easy it is to take a ship at sea down.

There are so many ways to target infections to diminish military capability, there is now a weapon that makes any state a major player again, and the US is entirely to blame with their massive biological weapon research program.  You see, the US allowed the program to filter into the universities for ‘cover” as numerous treaties are being violated.  Every president since and including Clinton has a hand in this.

Bush 41 tried to stop this and this and other reasons were why his presidency was ended, a story that will never be told.  Bush learned early about the planning of 9/11 and watched Clinton increasingly lose control of the reins as right wing extremist elements in Washington partnered with rogue elements in the Pentagon, CIA and the criminal elites of the former Soviet Union, soon to make up the core of the Kosher Nostra crime syndicate.

Trump’s handling of this issue, if one is to assume his blunder was unintended, is the single biggest failure of governance in American history.

While covering his tracks, working with organized crime to foster internal rebellion, wrongly targeting China and continually diminishing the presidency, a wave of damage that may eventually be more costly than the pandemic itself has been fomented.

Oil will never be the same.  Fracking will never be profitable, current pipelines and refineries under construction are now useless as are those built in recent years, many at incredible cost to the environment.

Russia’s moves into the Arctic are now likely to be curtailed.

A good example will be Norway.  Their GDP for the next 48 months, even without a permanent market contraction, will be down by 15% with exports down 40% or a bit more.

They will move from a social welfare state with a very high standard of living to a debtor nation in less than 5 years.

This is a best-case scenario for the wealthiest of nations.

Saudi Arabia is entering uncharted waters.  Clearly, Saudi Arabia and the UAE will end their issues with Iran. From Press TV:

“A Saudi whistleblower has said that the number of Saudi royals infected with the coronavirus (COVID-19) has “exceedingly surpassed” figures previously revealed by a New York Times report.

The Saudi al-Ahd al-Jadid Twitter account made the revelations on Friday, more than a week after the NYT report said as many as 150 Saudi royals had contracted the virus.

The report at the time said that over 500 beds were being prepared at the elite King Faisal Specialist Hospital that treats members of the Saudi family.

On Friday, however, al-Ahd al-Jadid, which is known for whistleblowing on high-profile cases within the Saudi court, revealed that the Saudi hospital reserved for the royals in the Red Sea port city of Jeddah had been overwhelmed with coronavirus cases.

“The Jeddah specialist hospital, which is reserved for Saudi royals, is no longer capable of accepting new cases,” the Twitter account said.

“Therefore, two hotels have been reserved to be fully used for accommodating and curing infected royals,” it added, naming one of the hotels as being the “Movenpick Hotel”.

As of 1400 GMT on Friday, more than 7,142 confirmed coronavirus cases were reported in the kingdom, with 87 deaths, according to a Reuters tally.

Another Saudi whistleblower, Mujtahid, however, has cast doubt on official figures, arguing that the situation throughout the kingdom is much more critical.

The reports of the COVID-19 disease spreading among royals come as the Saudi family is embroiled in a bitter power struggle between Saudi Crown Prince Mohammed bin Salman and his potential rivals, according to reports.”

Nations like Iraq have been, thus far, exceptionally effective in limiting the spread of the pandemic. Their last case was on April 16, 2020 and thus far register only 82 deaths with over 500 active patients.

Turkey is reporting a possible downturn, as of April 14, with new cases peaking a few days earlier at around 4500 new cases a day. Turkey, however, has nearly 80,000 active patients and has been accused of significant underreporting.

Russia’s COVID 19 surge began in April but cases are a small fraction of what the US is seeing with a mortality rate, based on official reports, half of that in the US.

COVID 19, a disease that many experts weren’t expecting for a hundred thousand years, is a highly modified version of the Wuhan Horseshoe Bat Virus. It is not plausible that COVID 19 developed without a gene-splicing laboratory. The odds against such a disease developing naturally are astronomical yet we are continually informed of the opposite.

In order to prepare this, front line medical personnel were interviewed, even interrogated to an extent, within parameters of required tenets of patient privacy laws. The truth, the horror of the truth, is worse than the dramatic twitter video. We are asking too much of far too few and this should never be allowed to happen again.

We have turned medical personnel/first responders into “cannon fodder.”