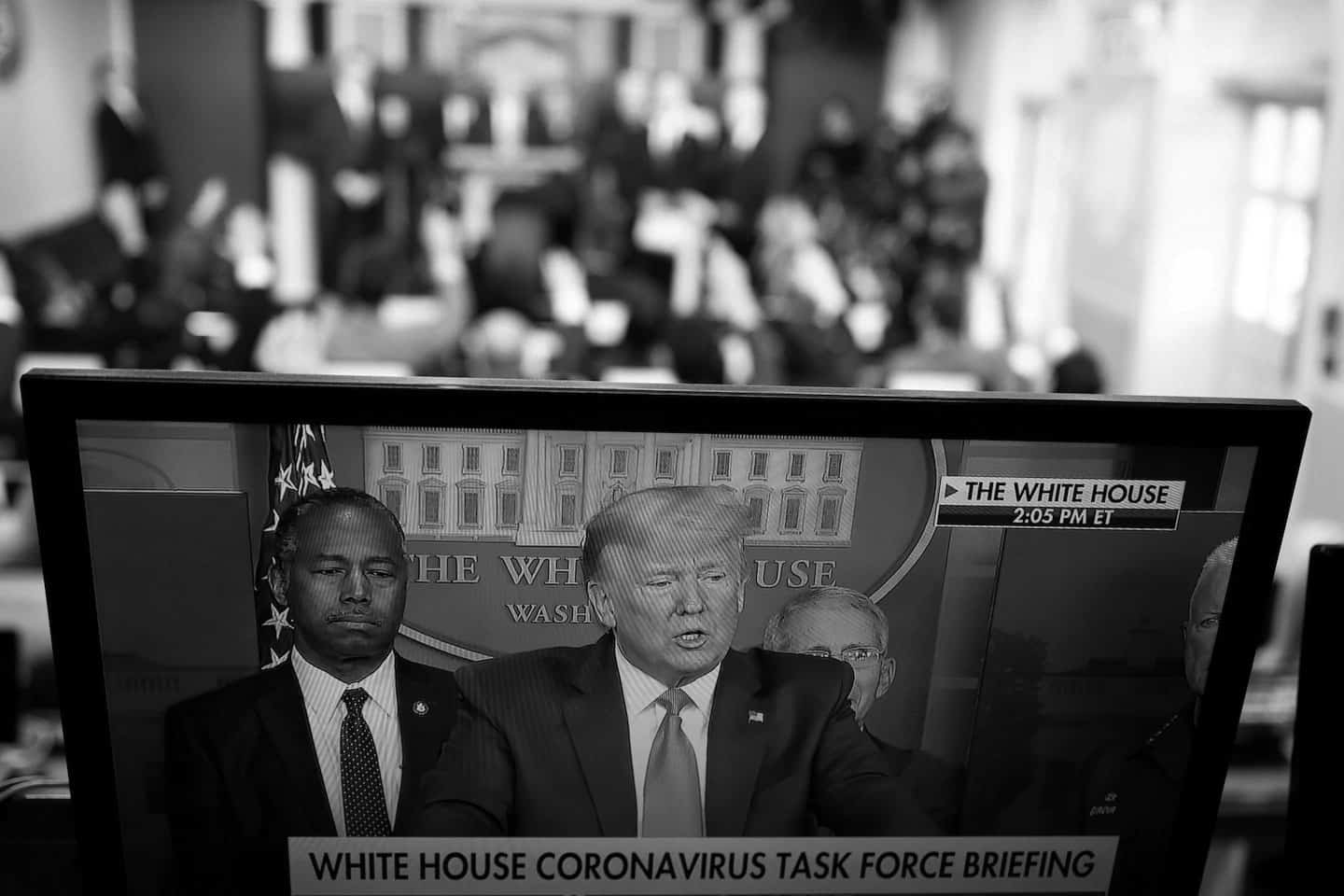 It is now the beginning of April 2020, and our planet has already come to an almost complete standstill. Some human beings are mesmerized; they are under the spell of the novel coronavirus (flu), named COVID-19. Well, not as novel, one could argue; not anymore.

Every day, we are being bombarded by sensationalized numbers and analyzes. Until, it feels, at least occasionally, the COVID-19-watching has become some sort of a new type of entertainment, at least for millions, many millions, if not billions, of people. Not unlike disaster-watching; like an obsession with typhoons, earthquakes, or tsunamis. Or, a fascination with wars (why else would Washington’s adventurism be allowed to continue, almost unopposed?). Or, should we say, football and other sports? 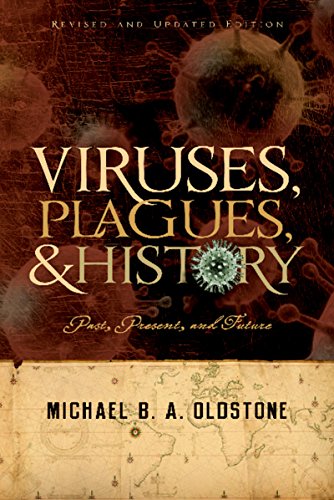 In many countries, particularly in Europe and North America, people feel unsatisfied with their lives. That is putting it mildly. I have just finished reading the latest novel Serotonin by arguably the greatest living French writer, Michel Houellebecq. Fabulous stuff. After finishing it, I began counting how high my own apartment is located from the ground (I’m on the 15th floors, and in Chile, they do not omit 13th levels) … Just to calculate the speed at which my own body would be hitting the ground, as well as the precise time of the drop (final thoughts in Serotonin).

With such sentiments, forget about building socialism or about embarking on the great projects designed to save humanity.

At the end of the book, the main character of Serotonin concludes that humanity is finished and that he too is finished, at the age of only 40+. He also convinces himself, that it is useless to do anything against the trajectory. And so, he locks himself in his studio apartment in Paris and watches on television sports, cooking classes, and talk shows. He also consumes gallons of alcohol, most of it of very high quality. And he is waiting for death, anticipating his demise.

I do not dare to estimate the percentage of people who are right now living their lives in this way; in New York, London or Paris. But it appears that the percentage is high. Some never reach this extreme, but they still feel that their lives are meaningless, empty, and coming to an end.

With this, comes frustration, even anger. And irritation with those who are doing much better.

Frustrated and depressed people do not want to see countries like China or Russia, fighting (and winning) the epic battles against terrible diseases, or for the survival of the world. Such victories depress them even more, reminding them, with increasing force, about the meaninglessness of their existence; their own and of their political and economic system.

For some, COVID-19 has brought a certain relief.

Such individuals open their laptops in the morning, they turn on their television sets, and begin consuming countless gruesome predictions, about the number of estimated deaths and infections. Something monstrous is finally eclipsing their own misery.

Apocalyptic scenarios become some sort of relief or entertainment. Death, presented in a certain way, turns to something hollow, meaningless, like pop culture.

Numbers lose meaning; they are flashing, like in a video game, or on the screen of a gambling machine.

News agencies and television broadcasters soon comprehended the trend and began giving to the public what it wants.

Every day, hundreds, thousands of new COVID-19 cases are being reported. Millions of people are expected to die, in one month, in two months, within a year. They are written off, buried in advance. Numbers are flashing on the screens, scrolling, being shouted at the viewers from monitors. The more that get infected, the more that die, the more titillating things get.

And the numbers themselves?

The numbers of dead men, women, and children, the number of endless kilometers, the number of li. If in the thousands, if in millions, nothing can be comprehended by many.

The great Russian poet, Joseph Brodsky (who used to be politically confused, but still a tremendous poet, nevertheless) wrote in his “Letters from the Ming Dynasty”:

“One thousand li, two thousand li–
a thousand means “Thou shalt not ever see
thy native place.” And the meaninglessness, like a plague,
leaps from words onto numbers, onto zeros especially.”

Meaninglessness, like a plague. And yes, those zeros everywhere!

The data which is circulated in almost all news bulletins is as bizarre as the philosophy of today’s reporting.

“Italy overtook China in the number of deaths.”

Seriously? It has, heavily, already many weeks ago.

I am compiling statistics. But let us just have a quick preview now:

The most infections per capita: are in Luxemburg!

Followed by Spain, Switzerland, Italy, Germany, Belgium, Austria, Norway, Malaysia, and the Netherlands. The United States is 14th (although it is catching up fast, even on a per-capita basis).

Of course, we can say: most of the above-mentioned countries do test more than places such as India or Indonesia, therefore global statistics can never be precise. Correct, but doesn’t a per capita estimate still puts things into a better perspective than just providing total numbers?

What is given to us is part of Western propaganda. It is like saying that China with 1.4 billion inhabitants pollutes more that Norway with only 5.3 million (it is stated this way, constantly). Or that Indonesia with around 300 million people is richer than Singapore, simply because it has a bigger GDP than the city-state with 5.6 million.

Now the number of people who have died. Italy is number one in terms of per capita deaths from COVID-19. Although, again, it depends on how things are calculated: did people there die from the coronavirus itself, or from some other conditions (aggravated or not aggravated by the coronavirus), while also being infected with the coronavirus?

In any case, if the situation is analyzed on a per capita basis, the results are always much more logical, if we really want to judge the severity of the problem.

In deaths per capita, Italy is followed by Spain, Belgium, Netherlands, France and Luxemburg.

The United States is number 15 (again, on a per capita basis), and climbing rapidly. China stands at 24, which is hugely impressive, given it was at the frontline, and for some time alone. Russia, again, impressive, ranking at 30.

This is not a sensationalist way of looking at things. And this approach is not entertaining at all. But perhaps, it is, so far, the closest to reality as we can get.

Although, it may be very far from what the Western media outlets and governments want us to know. For many of them, COVID-19 is clearly not a medical but an ideological battle; a new chapter in the 21st Century Cold War.

ABOUT AUTHOR:  Andre Vltchek is a philosopher, novelist, filmmaker and investigative journalist. He has covered wars and conflicts in dozens of countries. Five of his latest books are “China Belt and Road Initiative”, “China and Ecological Civilization” with John B. Cobb, Jr., “Revolutionary Optimism, Western Nihilism”, a revolutionary novel “Aurora” and a bestselling work of political non-fiction: “Exposing Lies Of The Empire”. View his other books here. Watch Rwanda Gambit, his groundbreaking documentary about Rwanda and DRCongo and his film/dialogue with Noam Chomsky “On Western Terrorism”. Vltchek presently resides in East Asia and Latin America, and continues to work around the world. He can be reached through his website, his Twitter and his Patreon.