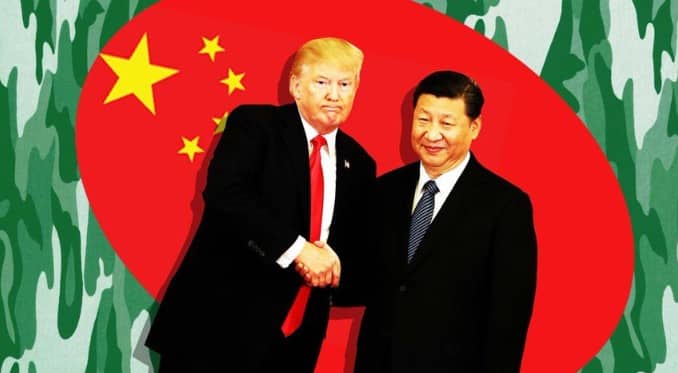 Daily Beast: President Trump’s re-election campaign recently attacked Joe Biden for being too close to China, insinuating there was some kind of murky financial link between Beijing and the former VP’s son Hunter.

What the campaign hasn’t mentioned is that Trump himself reportedly owes tens of millions of dollars in debt to China—and it will have to be paid back in the middle of what could be Trump’s second term. Politico reports the debt stems from 2012, when Trump’s real-estate partner refinanced New York City’s 1290 Avenue of the Americas skyscraper for almost $1 billion.

No finance, FBI, or SDNY necessary to find his direct connections to the Bank of China and Chinese state construction firms – the shit is on his website. You can Google how he's owned by foreign powers. https://t.co/e6br4xmZNP

The debt reportedly includes $211 million from the state-owned Bank of China. Trump owns a 30 percent stake in the property, alongside main investor Vornado Realty Trust. Vornado’s financial disclosures reportedly show it, and Trump, are still indebted from the 2012 deal. Rep. Gerry Connolly (D-VA), a member of the House Oversight Committee, said: “[Trump] is highly conflicted with respect to China.”

REVEALED: Trump owes tens of millions of dollars to a state-owned Chinese bank – “The debt includes $211 million from the state-owned Bank of China — its first loan of this kind in the US”

IT'S TIME TO INJECT THE WHITE HOUSE WITH "DISINFECTANTS", or require the administration members to "BITE the TIDE POD"!!!https://t.co/NqHkwMFgjN

Read it at Politico