[ Editor’s Note: Finally I found a good video last night while checking my Massachusetts childhood home state for how things were going there with the Covid scourge. It has my recommendation.

The Gordian Knot we face now is how to make sure the huge testing capability needed to support the country’s reopening does not become one of Trump’s empty promises that he later blames on a patsy.

Massachusetts is relying on its home grown talent that is sharing with scientific labs around the country. Cross your fingers that we might be seeing an organic evolution of what could become the needed pandemic preparation that needs to be in place when we are done with Covid, or it is done with us.

What impressed me with this Lander interview was the stark contrast of the good news update with the absence of the political puffery that we have seen at so many White House press conferences, with Trump being the Grand Master of making crap up and blowing smoke up our shorts.

As I listened to Lander’s briefing I began to feel that maybe I was dreaming this, that in our current politically fractious, “blame anyone but me” atmosphere, I would ever hear a professional, dispassionate briefing by people with the professional qualifications needed, teaming up with equally competent political talent.

As we like to say here at VT, Lander has standing. Take a look as his wikipedia when you have the time. We need more people like this at the microphone and fewer politicians and pundits who are out of their depth. Here is a preview: 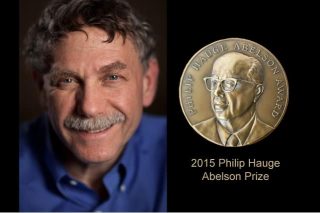 Eric Lander is president and founding director of the Broad Institute of MIT and Harvard.

A geneticist, molecular biologist, and mathematician, he has played a pioneering role in all aspects of the reading, understanding, and biomedical application of the human genome. He was a principal leader of the Human Genome Project.

We are still getting calls to open up and let Covid roll across the country, that we would come out of it better in the long run. But the long run for Trump is until November 4th.

Notice how quickly Lander and crew jumped on getting all the nursing and assisted living places tested in Boston, an obvious focus overlooked by so many due to the front line people being so short of equipment and testing.

His team got all of the Boston facilities tested in a week and found 25 to 50% infection rates in patients and staff. We will be following his team’s work closely …Jim W. Dean ]

After New York and New Jersey, Massachusetts is one of the states most severely affected by COVID-19, but Eric Lander is helping the state fight back.

A pioneering mathematician and geneticist, he helped lead the Human Genome Project, and now–in just two weeks–he has transformed the renowned MIT and Harvard Biomedical Research Lab into a mass testing facility.

Lander explains to Walter Isaacson exactly what it will take to scale up the essential testing that will enable our exiting severe pandemic restrictions. Originally aired on April 24, 2020.