…from Russia Today, Moscow
–
[ Editor’s Note: The Saudi Royals have milked the country for decades, with help from their friends like the US who have loaded it up with weapons that it does not have the trained military to capably use. Hence defense contractors have had an endless stream of support contracts which could theoretically run on forever.
–
The cheaply extracted oil and a relatively small population seemed like a pot of gold that would never run out. And with the new Prince who lives in a fantasy world of what his capabilities are appears to have doomed his own future with grandiose moves with no downside long term planning.
–
Prince Salman’s big ARAMCO stock offering was done on the rebound from the Yemen missile attack on its oil facilities after the Saudis’ ruthless war on Yemen, fought mostly with mercenaries. Its value has tanked for the distant future with a worldwide recession on our doorstep and oil prices expected to be low for a number of years with the massive oversupply.
–
The Royals’ extensive out of country holdings will take a big hit like with everyone else’s, and Salman’s plans to turn SA into a real country that actually produces goods and services to sell is up in smoke.
–
Trump is bombing on Covid, showing all the signs of desperation with his constant petty scapegoating. The stunned look on the faces of his professionals at his press conferences as he blathers endlessly with one gaffe after another, as if the longer he can keep talking, the more presidential he looks.
–
American independent voters now hold his and America’s future in their hands for November, as they have the swing votes to deny him the presidency and maybe even deliver him to the prosecutors.
–
Look for Trump to hop a plane and run to Israel for sanctuary. Maybe he can even move in with Bibi someday, or share a cell, time sharing of course… Jim W. Dean ]
– 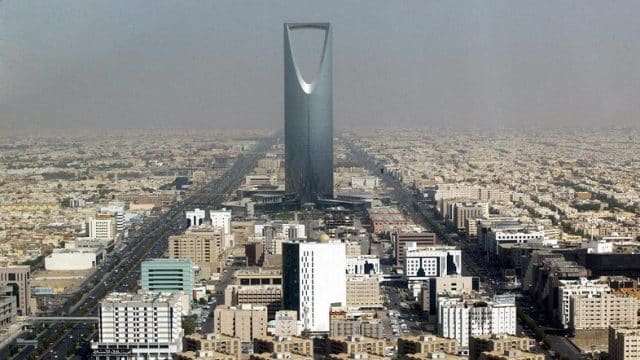 – First published … April 25, 2020 –
–
Saudi Arabia may have to borrow as much as $58 billion this year to cover a budget shortfall caused by the oil price slump, Bloomberg reports, citing Finance Minister Mohammed al-Jadaan.
–

Saudi Aramco, for its part, is considering a $10 billion sale in part of its pipeline business, Bloomberg reported on Thursday.

“The kingdom went through similar crises in its history – maybe even worse – and was able to pass through them,” Al-Jadaan said. “This is not an exception.”

Most observers note that this price crisis is like no other in history. The unique combination of excess supply and a 30 percent drop in demand weighs heavily on oil-dependent economies throughout the world, and even low-cost Saudi Arabia is not exempt.

The oil market is indeed flooded. The Wall Street Journal reported earlier this week, citing Saudi oil officials, that at least one in every ten VLCCs, each capable of carrying 2 million barrels of oil, is used for floating storage with many holding Saudi crude. Some of that, the sources said, had yet to find buyers.

Saudi Arabia is bracing for the inevitable blow. In March, the government asked state agencies to cut their budgets by at least 20 percent, Reuters reported, citing sources in the know who declined to be named. That was before OPEC+ agreed to implement cuts of 9.7 million bpd in hopes this would help prices. It didn’t.

Now, according to an analyst with an Egypt-based investment bank, the Saudi deficit could widen to 15 percent of GDP, Bloomberg notes. That would be less than the 17 percent recorded for 2016, but it would still be quite brutal for the Kingdom that had to roll back austerity measures it implemented during the 2014-2016 crisis pretty quickly as bureaucrats rebelled.