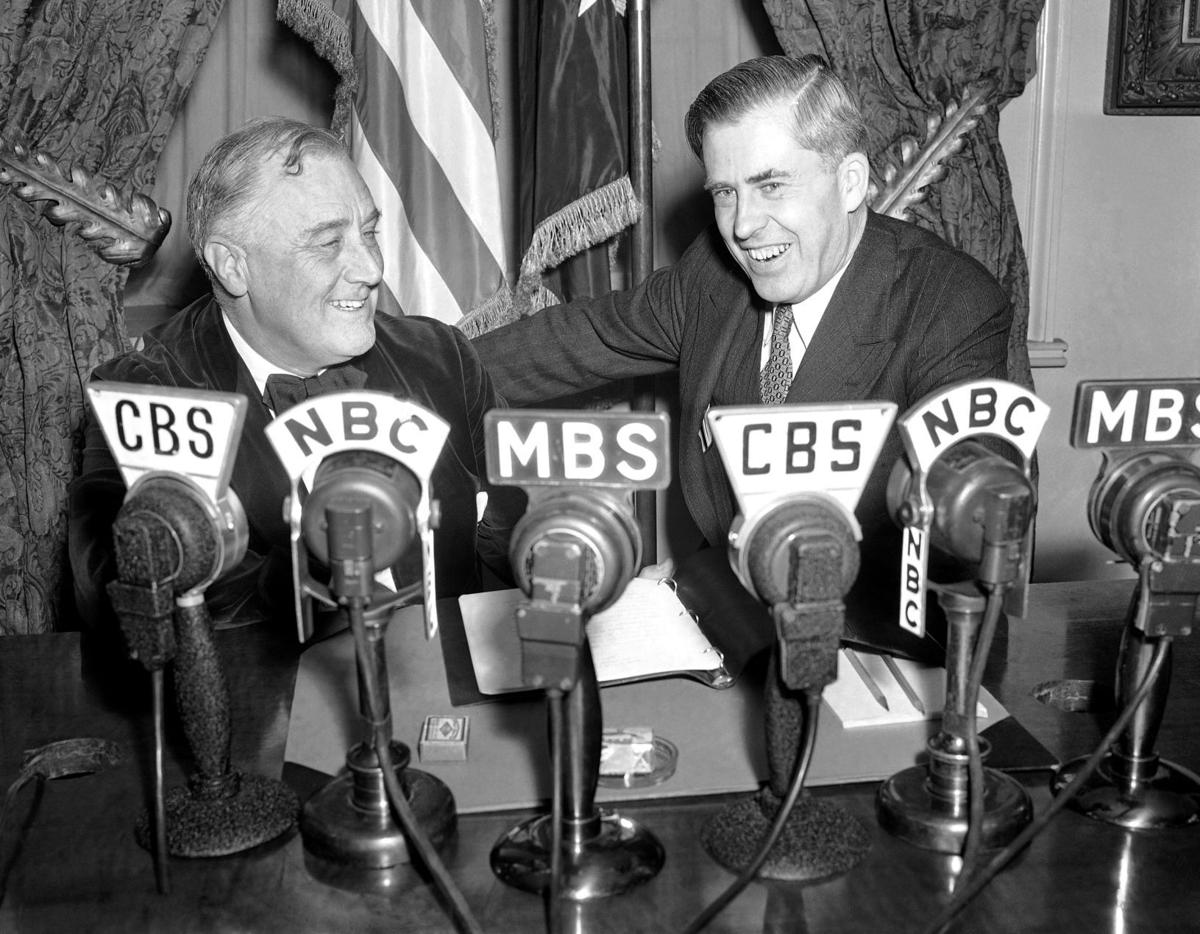 This article was written as part of the Rising Tide Foundation’s contribution to a conference celebrating the 75th Anniversary of Elbe Day on April 25-25, sponsored by the American University in Moscow where it was originally featured. The title of the conference was The Meaning of the Meeting on the Elbe after 75 Years: The Possibility and Necessity of Cooperation and featured speakers from over 40 nations. A fuller description of the event can be found here.

On April 14th, President Putin re-iterated his January 15th, 2020 call for a new system to be led by the 5 nuclear powers of the United Nations Security Council and guided by the UN Charter’s founding principles. The Kremlin stated that:

“The meeting was initiated by the [Russian] President as a visionary meeting and, naturally, the video conference format that is widely used now for crisis management does not possibly create the necessary atmosphere for such a visionary conversation, even more so for the heads of five members of the Security Council.”

Putin had earlier described this intended meeting in the following terms:

“The founding countries of the United Nations should set an example. It is the five nuclear powers that bear a special responsibility for the conservation and sustainable development of humankind. These five nations should first of all start with measures to remove the prerequisites for a global war and develop updated approaches to ensuring stability on the planet that would fully take into account the political, economic and military aspects of modern international relations.”

Just two days before his announcement, Putin held his 3rd phone conversation in three days with President Trump where both men discussed joint cooperation on coronavirus mitigation, oil prices, as well asjoint collaboration on space exploration and lunar mining which both nations have made strong national priorities.

While Russia has embarked fully onto China’s Belt and Road Framework in recent years, both through the Eurasian Economic Union’s merging with the BRI since 2015 and also with the new and exciting Polar Silk Road extension of this traditionally east-west project into the high north, ALL THREE nations have increasingly found a common objective in space with Russia and China jointly signing a treaty to cooperate on lunar development throughout the coming decade. This space orientation which hasn’t been seen in many decades vectors around lunar mining, asteroid defense, and exploration.

Based on this breathtaking drive to create a multipolar new system premised around space, the Health Silk Road to fight COVID-19, and cooperation on the Polar Silk Road, I believe it is a good time to review some very important, yet often overlooked history. In conducting this exercise we should not be surprised to find that that the current alignment of forces and ideas called for by President Putin were established during the 1941-1944 period led by President Franklin Delano Roosevelt and his loyal collaborator/Vice-President Henry A. Wallace who had planned a grand design for a US-Russia-China World Order founded upon principles enshrined in the Atlantic Charter and enunciated in Wallace’s 1942 “Century of the Common Man” speech.

The Wallace/FDR Fight for a Multipolar World Order

While serving as FDR’s Vice President, Wallace wrote in his 1944 book Our Job in the Pacific:

In another 1944 piece Two Peoples-One Friendship (Survey Graphic Magazine), Wallace described the destiny of the US-Russian arctic relations centered on infrastructure development with transportation connections across the Bering Strait:

“Of all nations, Russia has the most powerful combination of a rapidly increasing population, great natural resources and immediate expansion in technological skills. Siberia and China will furnish the greatest frontier of tomorrow… When Molotov [Russia’s Foreign Minister] was in Washington in the spring of 1942 I spoke to him about the combined highway and airway which I hope someday will link Chicago and Moscow via Canada, Alaska and Siberia. Molotov, after observing that no one nation could do this job by itself, said that he and I would live to see the day of its accomplishment. It would mean much to the peace of the future if there could be some tangible link of this sort between the pioneer spirit of our own West and the frontier spirit of the Russian East.”

Expressing a mode of long term thinking and sensitivity to the Asian psyche rarely seen by westerners, Wallace wrote that “Asia is on the move. Asia distrusts Europe because of its “superiority complex”. We must give Asia reason to trust us. We must demonstrate to Russia and China, in particular that we have faith in the future of the Common Man in those two countries. We can be helpful to both China and Russia and in being helpful can be helpful to ourselves and to our children. In planning our relationships today with Russia and China, we must think of the world situation as it will be forty years hence.”

So What Went Wrong?

While much can be said about this chapter in world history, in short; a complex political coup was launched. This coup saw Wallace lose the Vice Presidential nomination to Harry S. Truman in 1944, who found himself in the White House with Roosevelt’s unexpected death on April 12, 1945.

Truman’s immediate belligerence to Russia caused Russia’s cancellation of its $1.2 billion subscription to join the World Bank agreed to in 1944, and Churchill’s Iron Curtain speech enshrined the bi-polar dynamic of Mutually Assured Destruction as the bedrock of the post war age of nuclear terror. As Truman unleashed the “Truman Doctrine” of US foreign entanglements in the new Cold War against Russian expansion starting with America’s enmeshment into the Greece-Turkey conflict orchestrated by London in the Spring of 1947, Churchill said in Fulton Missouri:

“Neither the sure prevention of war, nor the continuous rise of world organization will be gained without what I have called the fraternal association of the English speaking peoples. This means a special relationship between the British Commonwealth and Empire and the United States.”

The Truman doctrine and Special Relationship represented the total reversal of the “community of principle” policy to avoid “foreign entanglements” advocated by George Washington, John Quincy Adams and adopted by FDR and Wallace.

Before being fired from his post as Commerce Secretary in 1946 for giving a speech calling for US-Russia friendship, Wallace warned of the emergence of a new “American fascism” which Eisenhower confirmed in his 1961 Military Industrial Complex speech. Wallace said:

“Fascism in the postwar inevitably will push steadily for Anglo-Saxon imperialism and eventually for war with Russia. Already American fascists are talking and writing about this conflict and using it as an excuse for their internal hatreds and intolerances toward certain races, creeds and classes.”

“Before the blood of our boys is scarcely dry on the field of battle, these enemies of peace try to lay the foundation for World War III. These people must not succeed in their foul enterprise. We must offset their poison by following the policies of Roosevelt in cultivating the friendship of Russia in peace as well as in war.”

Henry Wallace did not disappear as his enemies would have liked, but became a third party candidate for the 1948 presidency acquiring the support of leading patriots and artists, not the least of whom included the great African American activist/singer Paul Robeson who set into a motion a process that blossomed under Martin Luther King’s Civil Rights movement. Wallace’s presidential speeches are a stirring call to action which can educate and inspire today’s generation. It is a tragic reminder that the American people, having just heroically given so much to stop a global fascist movement during WWII, failed to stop the emergence of a new fascism in America itself and did not vote for Wallace when they had the chance.

Although John F. Kennedy did attempt to revive the spirit of FDR and Wallace during his three years in office, his early assassination, (followed by those of his brother, Martin Luther King and Malcolm X), sabotaged the re-awakening of the true constitutional America.

Today, the great infrastructure programs driven by the spirit which epitomized the New Deal under Wallace and FDR has come alive in the surprising Belt and Road Initiative and emerging Polar Silk Road, Health Silk Road and Space Silk Road. Russia and China have thus found themselves in the ironic role of having become more American than the America which the world has known for the past half century.

So let us take the opportunity that the current crisis has forced upon us to make the Wallace/FDR Grand Design a reality once more by joining hands with the Multipolar Alliance. The better constitutional traditions of America demand that this course be taken now more than ever, and the spirit of win-win cooperation represented by the New Silk Road holds the keys to forever ending the interconnected afflictions of famine, war, and empire from the world.

The author can be reached at matt.ehret@tutamail.com