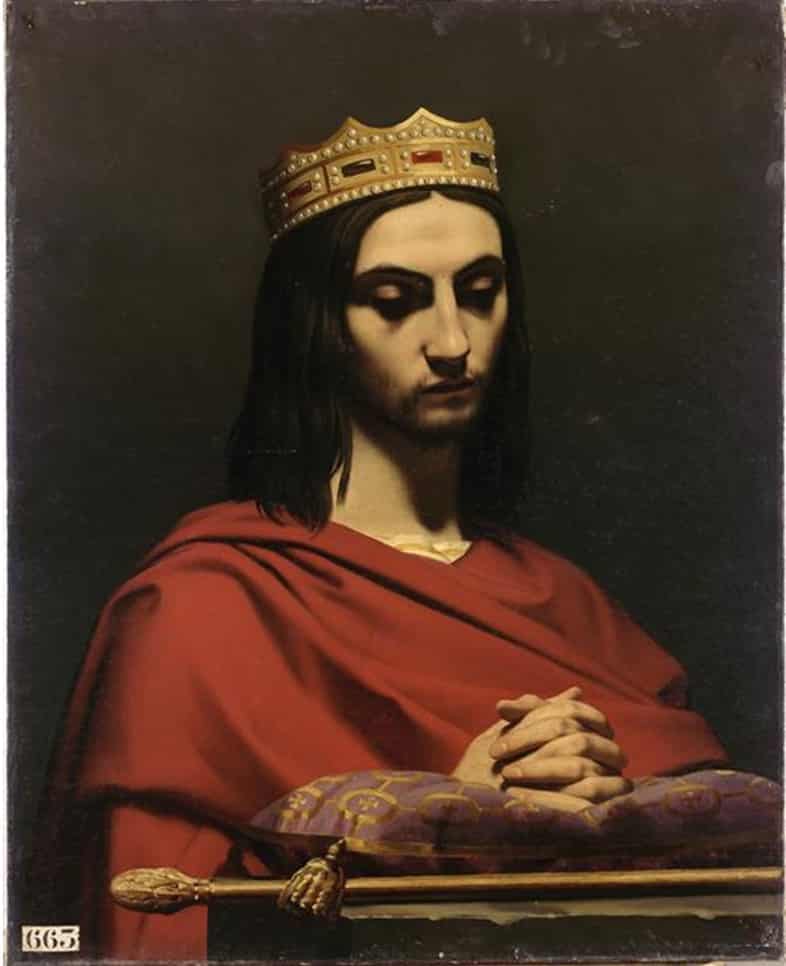 Merovingians – the first royal dynasty of France. Representatives of this dynasty:

At the time of the liquidation of the Roman Empire, there were two forces capable of taking power over the world. These are the Merovingians and the popes. When the Western Roman Empire fell, it turned out that throughout its territory there is a developed system – the church. The church was supposed to recognize the power of the descendants of Jesus Christ – the Merovingians.

In November 751, Childeric, the last king of the Meroing dynasty, was deposed and tonsured a monk by order of the pope. Haircutting meant depriving him of all royal prerogatives. His son Theodorich was hidden in the abbey of Fontenel (Saint-Vandril). Childeric died about four years later (about 755 years) as a monk.

Power over France was given to the Carolingians, who had no right to do so.

In fact, the Western Roman Empire was abolished by Jesus Christ so that the Merovingians, His descendants, would create the Kingdom of God. But the popes first removed the Merovingians from power, and then restored the Roman Empire. On December 25, 800, Pope Leo III proclaimed Charlemagne from the Pipinid-Carolingian dynasty, “Charles Augustus, the Great and Peace-Keeping Roman Emperor Crowned by God.” On Christmas Day of Jesus Christ, the Pope restored His enemy – the Roman Empire.

From the monarchs of Obodrites came Rurik, the founder of the first Russian dynasty of the Rurikovich. This means that the Russian Rurik dynasty is a continuation of the French Merovingian dynasty.

Rurikovich created Rus, a huge state in Eastern Europe. Over time, Rus was divided into Russia, Ukraine and Belarus.

The Piskaryov Chronicler is an unofficial, private historical monument. Much good has been said about Tsar Fedor, as about none of the other Russian rulers. The authors call him “pious”, “gracious”, “faithful”, give a long list of his works for the good of the Church. Important: the authors anticipate that his death will be a disaster for Russia, the worst woes of Russia will begin:

“The sun is darker and more dying from its current, and the moon will not give its light, and the stars from the heavens are falling away: for many sins of Christianity the last luminary has ceased, collector and beneficiary of all Ruskii lands Tsar and Grand Duke Fedor Ivanovich …”

This is a paraphrase of the Bible text about the time of the Apocalypse:

… the sun will fade, and the moon will not give its light, and the stars will fall from the sky, and the powers of heaven will be shaken …

The Time of Troubles is a catastrophe of the Apocalypse on a small scale. God was angry and wanted to punish and destroy the world for the removal of the Rurikovich (descendants of the Merovingians) from power. Soon, God began to send punishments to the Earth. The time of famine, riots, wars and civil wars began.

Shortly after the death of the last Russian tsar from the Rurik dynasty, a famine began . Three years, from 1601 to 1603, were barren. Frosts were even in the summer months, and snow fell in September. Probably the cause of this was a comet and some other large cosmic body that caused the eruption of the Huainaputin volcano in Peru on February 19, 1600. This was followed by volcanic winter. The price of bread has grown 100 times. Famine began, known in history as the “Great Famine” (1601-1603). Hundreds of thousands of people became victims. Many people came to Moscow, where the government distributed bread and money to the needy. Many people left without a livelihood turned to robbery. Gangs increased to several hundred people. 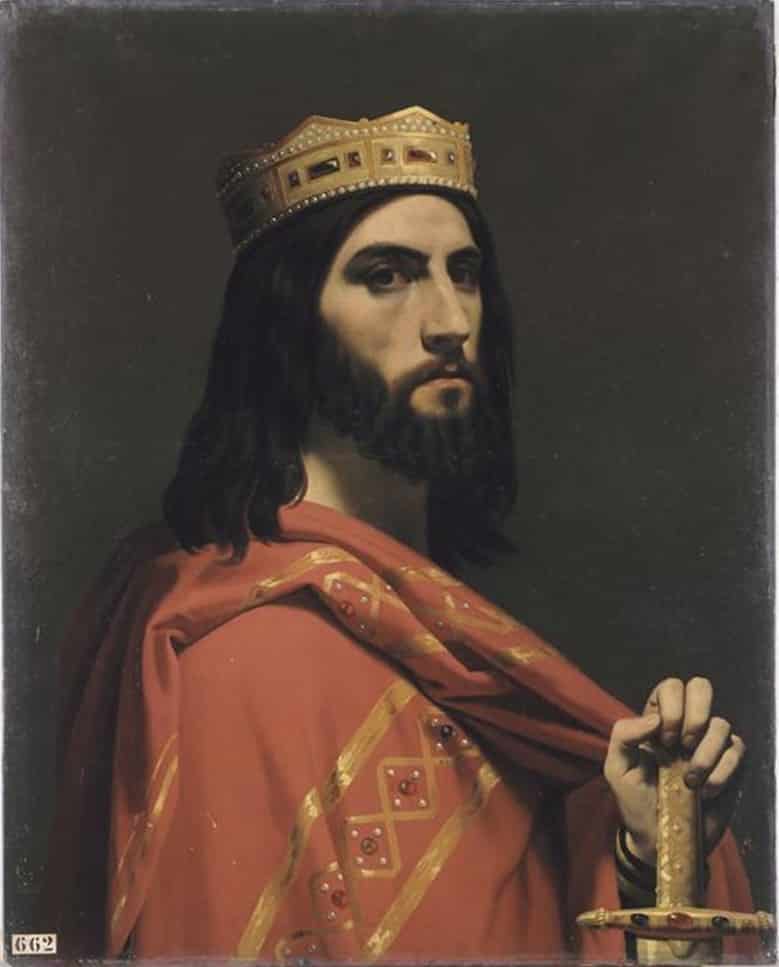 The chaos and troubles that began are described in the poem by Konstantin Balmont “ Legend. In the dead of days. ”

In the dead of days

In the dead days of Boris Godunov,

In the darkness of the Russian cloudy country,

And at night two moons rose.

Two suns shone in the morning from the sky

Fiercely look at the Earth.

From the darkness of the forests sought to the king.

Withered skeletons on the streets

And dreams came true in reality.

The coffins, heavy with rot,

The living was given stinking hellish bread

Later, people found hay in the mouth of the dead,

And every house was a gloomy den.

From the storms and whirlwinds the towers fell

And heaven lurking among the clouds of triplets

Suddenly lit up in red

Revealing the battle of the unearthly armies.

Eagles soared with a cry over Moscow,

At the crossroads, silently, the elders waited,

Among the people wandering death and anger,

Upon seeing the comet, the earth trembled.

And these days, Demetrius got up from the tomb,

When the “Time of Troubles” was, God did not begin to destroy the world and continued the time of grace for three hundred years. The place of the Rurikovich was taken by the Romanov dynasty, although they did not have the right to do so.

During the reign of the Romanovs, Nikon Church reform was carried out. Subsequently, the Old Believers played an important role in the removal of the Romanov dynasty from power in Russia.

The overthrow of the Romanovs

In 1917, the Jews committed a revolution in Russia, and in 1918 they executed the Romanovs. The generalized image of the Romanovs is the Antichrist, dressed in white clothes .. The generalized image of the rulers of the USSR is the same Antichrist, but dressed in red clothes. The Jewish revolution in Russia in 1917 is the overthrow of the white antichrist by the red antichrist. The Jewish Red Antichrist is much more decisive and effective. Jews quickly made the USSR a superpower. In 1991, the USSR collapsed. But in 1999, Putin came to power in Russia and began to rebuild the USSR.

The overthrow of the globalists

In 2017, the President of the United States was Donald Trump. Chabad Jews and Christians created an alliance and overthrew the globalists. In this they helped Russia, which seeks to restore the USSR. For a while, Russia (the new USSR) will gain power over the world (except for the USA and Canada).

Covenant Restoration and the New Exodus

The mission of Donald Trump, destined by God, to create the conditions for a new Exodus of the people of God.

The popes destroyed the Knights Templar, but could not get their huge treasures. The Templars collected these treasures for a man from the Merovingian family, who will become the monarch of the Kingdom of God on Earth. God’s Chosen One found these treasures, and they rightfully belong to him.

A new state of God’s people will be created on the territory of Ukraine, Belarus and Russia (Russia to the Urals, as well as land in Europe to the Rhine). The era of the Millennium will begin.

The coronavirus epidemic and subsequent global catastrophes will lead to the establishment of Merovingian power over the world. These disasters will far surpass the troubles of the Time of Troubles. Then God sent punishments due to the removal of the Merovingian-Rurikovich from power. In 1914, Jesus Christ became God in heaven. Jesus Christ is the God who restored the throne to himself.

And I heard, as it were, the voice of a large nation, like the sound of many waters, like the voice of powerful thunders, saying: hallelujah! for the Lord God Almighty reigned.

(Revelation of John the Evangelist 19: 6)

Now Jesus Christ began the catastrophes of the Apocalypse in order to return the throne to the Merovingians, more precisely, to his descendant from the Merovingian dynasty.