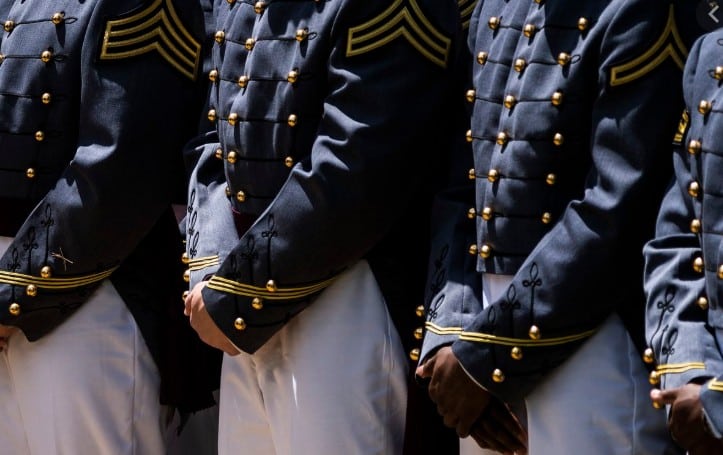 The Washington Post’s Missy Ryan, Alex Horton and Robert Costa report: The day before the U.S. Military Academy announced it would proceed with plans for President Trump to deliver the commencement address, cadets joined a video call to learn about their return to the school’s campus outside New York, the American city hardest hit by the coronavirus pandemic.

The decision to hold an in-person graduation June 13 meant that nearly 1,000 graduating cadets would travel back to West Point from their homes, where they have been distance-learning since spring break, and undergo up to three weeks of quarantine at campus barracks and a nearby training site. But uncertainties remained, including how to ensure that the cadets wouldn’t sicken one another and how to account for sometimes unreliable test results.

“Because all 1,000 of you are going to be coming back, you’re probably going to be about 60 percent who have coronavirus, so we’re going to likely test all of you,” a West Point instructor told one group of about 25 cadets during the April 21 video call, a partial audio recording of which was obtained by The Washington Post. He compared the West Point plans with coronavirus testing of the crew of the USS Theodore Roosevelt, an aircraft carrier sidelined by a major outbreak.

The decision to hold a commencement ceremony has generated concerns among families of cadets and graduates of the prestigious military academy that the move could jeopardize the health of future Army leaders. It has also raised questions among public health experts who caution that measures to detect and isolate sick students may not be fail-safe.

The scrutiny is intensified by the possibility that the event will give the president, who has been largely confined to the White House since the pandemic forced much of the country to shut down, a highly visible platform to assert that American life is slowly returning to normal.